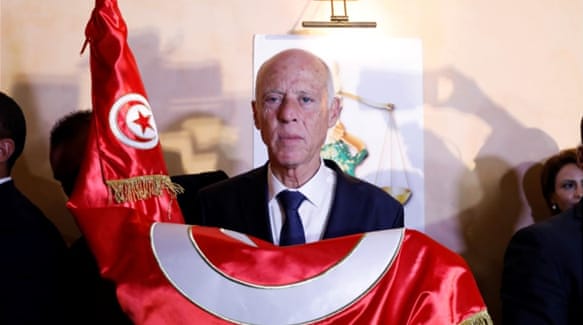 Saied secured 2.7 million votes against one million received by his opponent, Nabil Karoui, in Sunday’s runoff vote, the commission said on Tuesday.

Karoui, a business tycoon who was in jail for most of the campaign, conceded defeat earlier on Monday.

Saied, 61, is an independent candidate with no political experience. He has pledged to fight corruption and support decentralisation.