WASHINGTON (Sputnik) – US President Donald Trump during a ceremony at the White House on Thursday signed a memorandum to impose new tariffs on imports from China.

“It will make us a much stronger, much richer nation,” Trump said during a speech shortly before signing the document on the $60 billion package of anti-China tariffs in the Roosevelt room.

“This is the first of many [tariffs],” Trump said during the ceremony.

A senior Trump administration’s office said earlier in the day the tariffs will apply mainly to technology products and the USTR will release the full list of the affected goods in 15 days. The official also added that new tariffs will apply to Chinese goods worth nearly $50 billion.

READ MORE: China to US: No One Would Win From Potential Trade War

“The target is about $50 billion. It is designed to offset the gains that the Chinese have received through their unfair practices,” the official said.

In addition to imposing new tariffs on imports the US Department of Treasury will likely impose restrictions on Chinese investments in the United States, a senior Trump administration’s official said.

“I am not going to prejudge what the Treasury will propose,” the official said in a conference call. “The type of restrictions that the president is asking the [Treasury] Secretary to propose will be complimentary… The Secretary of the Treasury will look at that in addition to the work that is going on.” 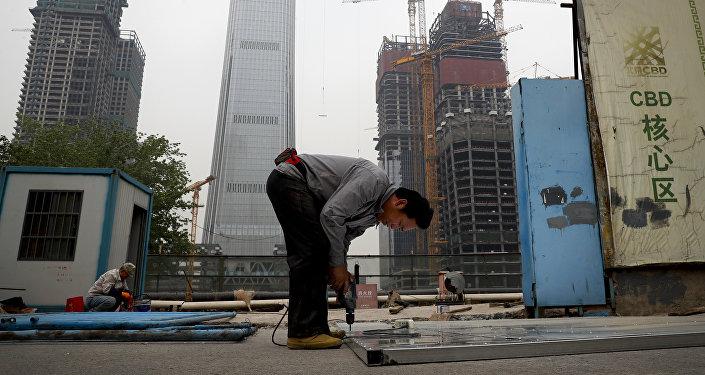 Earlier in the day, Chinese Foreign Ministry Spokeswoman Hua Chunying said Beijing does not want to engage in a trade war with the United States, but is not “afraid” to introduce strong retaliatory measures, if such a scenario becomes a reality.

Earlier in March, Trump signed an order to impose a 25-percent import tax on steel and 10-percent import tax on aluminum. The decree will become effective on March 23. Trump’s move was sharply criticized by Washington’s major trade partners, particularly Canada, China and the European Union, which accused Trump of excessive protectionism and pledged to impose countermeasures.

Did you find apk for android? You can find new Free Android Games and apps.
Sharing is caring:
trump, xi jinping, Tariffs, Protectionism, Steel, Trade wars, WTO, Aluminium, dumping World News, Business Comments Off on TRUMP slaps China with $60B worth of tariffs Print this News

African dictators, looters, plunderers, murderers and thugs ask world to give them money to keep stealing!!!