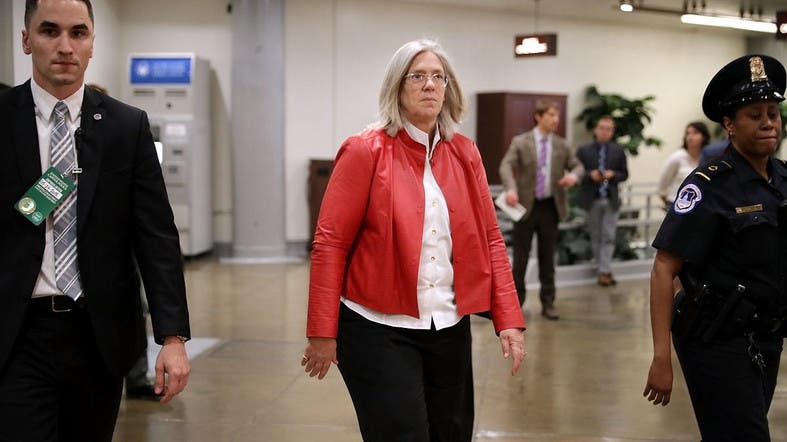 WASHINGTON (Reuters) – President Donald Trump announced on Thursday that the deputy director of U.S. national intelligence, Sue Gordon, is resigning her position, leaving a vacuum at the agency that oversees civilian and military intelligence.

The current director of the agency, Dan Coats, announced last month he would step down on Aug. 15. Last week, Trump said he might name Gordon as the acting DNI, which oversees 17 U.S. civilian and military intelligence agencies including the CIA.

“Sue has announced she will be leaving on August 15, which coincides with the retirement of Dan Coats,” Trump said on Twitter.

“A new Acting Director of National Intelligence will be named shortly,” Trump said.

Last week, Trump dropped his first choice to replace Coats, U.S. Representative John Ratcliffe, after questions arose about the Republican congressman’s lack of experience and possible exaggerations in his resume.

It is not clear what prompted the resignation of Gordon, a career intelligence official who had the backing of current and former officials because of her deep experience.

Trump had a strained relationship with Coats, who endorsed the U.S. intelligence community’s assessment that Russia interfered in the 2016 election with the objective of promoting Trump over his Democratic rival, Hillary Clinton.

Trump also has objected to U.S. intelligence community analyses of major issues – from Iran’s nuclear program to North Korea – that have clashed with his own assessments.

Under the law, Trump must name a new acting director from the senior staff of the agency, known as the ODNI. His choice for the permanent job must be confirmed by the Senate.