Staff Reporter | October 7, 2020
Want create site? Find Free WordPress Themes and plugins.
MARTHA LEAH NANGALAMA – Last month, September 2020, President Donald J. Trump put out an Exceutive Order or some kind of decree to limit visas for International students to 2yrs. Most of the affected are from Africa. Some few other countries. However, his decrees are to limit non white people from going into the USA. A typical student university degree is 4yrs for a bachelors, 2yrs for a masters and 4yrs for a PhD. Consequently, limiting mostly African students to 2yrs means they cannot do a full degree in America.
Now, Trump has made a move to curtail H-1B visas. These visas tend to be used by mostly techie companies to bring in foreign workers from mostly India and China. Some Africans, Latin Americans and Eastern Europe. However, this new restriction is meant to curtail India and China (IMHO).
Below is the story about the H-1B visa from one of America’s own media. If you read to the bottom, you will find the Wiki link which explains what an H-1B visa means. Africans should praise Tramp silently. He does not want you in his country. MLN 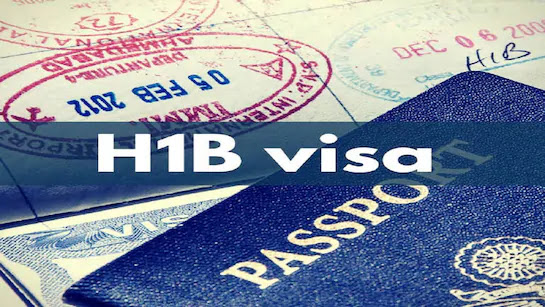 The Departments of Labor and Homeland Security on Tuesday unveiled new restrictions to H-1B work visas as part of the Trump administration’s long-sought objective of overhauling a guest worker program it says allows U.S. companies to replace American job-seekers with foreign workers who they can pay lower wages.

Under the Department of Labor rule, employers will need to pay H-1B holders higher wages, a move Trump administration officials said will discourage U.S. companies from turning to cheaper labor from abroad.

The DHS rule will redefine the “specialty occupations” H-1B visa holders can qualify for, requiring petitioners to prove they have a college degree in the specific field they are seeking to work in. The changes will also expand compliance enforcement and mandate that workers hired through a third-party firm be granted one-year work authorizations, instead of the current three-year period.

The Department of Labor interim final rule will take effect Thursday, while the DHS companion rule is expected to be enforced in two months. Collectively, the rules represent the broadest overhaul of the H-1B program in decades, according to experts and government officials.

Ken Cuccinelli, the second-in-command at DHS, said the changes will affect “over one-third” of all H-1B visa petitioners.

“We’re making good on President Trump’s promise that he made to the American people nearly four years ago, to restore the integrity to the immigration system, to protect Americans from those who seek to exploit our system for personal gain, and to never forget each and every hard-working American struggling to provide for his or her family,” Cuccinelli said in a call with reporters. “This rule will help us rebuild our economy and put Americans back to work.”

H-1B visas, which are designed for professionals seeking to work in fields deemed to be high-skilled, are popular in the technology sector, including among Silicon Valley companies. At the start of each fiscal year, 85,000 H-1B visas are awarded through a lottery system. Historically, many of the applicants have hailed from India.

The Trump administration and the groups that support its immigration policies have long criticized guest workers programs, including H-1B visas, arguing that they are fraught with abuse and hurt U.S. workers. Since the early days of President Trump’s tenure, making major changes to the program has been an objective in the administration’s broader agenda to limit legal immigration.

In June, citing the economic downturn caused by the coronavirus pandemic, Mr. Trump signed a proclamation stopping the issuance of temporary work visas, including for the H-1B program, until the end of the year. That ban was partially blocked last week by a federal judge in San Francisco.

“It is never acceptable for the employment of foreign labor to erode the economic security of American workers and their families,” Pizzella told reporters. “With millions of Americans looking for work as the economy continues its recovery, immediate action is needed to guard against the risk lower-cost foreign labor can pose to the well-being of U.S. workers.”

Sarah Pierce, a policy analyst at the non-partisan Migration Policy Institute, said the rules unveiled on Tuesday, especially the shortened visas for workers hired through third-party consulting firms, are too draconian, and predicted that they will hurt visa holders, their employers and companies that benefit from their work.

“There are many problems with the H-1B program, including that there are instances where H-1B workers are replacing U.S. workers. And that’s a problem that needs to be dealt with,” she said. “But the Trump administration is dealing with it by punishing all H-1B workers, and especially those that are working in third-party worksites.”

Pierce said a better approach to address the H-1B program’s flaws is to impose a requirement that third-party firms prove that visa holders will not be replacing U.S. workers.

“There is a way to thread this needle to address the problem that they’re concerned with, but instead they are just hitting it with a sledgehammer,” she said.

===
https://ift.tt/3nAw7Xh.
H-1B visa
From Wikipedia, the free encyclopedia
The H-1B is a visa in the United States under the Immigration and Nationality Act, section 101(a)(15)(H) that allows U.S. employers to temporarily employ foreign workers in specialty occupations. A specialty occupation requires the application of specialized knowledge and a bachelor’s degree or the equivalent of work experience. The duration of stay is three years, extendable to six years; after which the visa holder may need to reapply. Laws limit the number of H-1B visas that are issued each year: 188,100 new and initial H-1B visas were issued in 2019.[1] Employers must generally withhold Social Security and Medicare taxes from the wages paid to employees in H-1B status.
The H-1B visa has its roots in the H1 visa of the Immigration and Nationality Act of 1952; the split between H-1A (for nurses) and H-1B was created by the Immigration Act of 1990. 65,000 H-1B visas were made available each fiscal year, out of which employers could apply through Labor Condition Applications. Additional modifications to H1-B rules were made by legislation in 1998, 2000, in 2003 for Singapore and Chile, in the H-1B Visa Reform Act of 2004, 2008, and 2009. United States Citizenship and Immigration Services has modified the rules in the years since then.

Here’s who is hiring in Canada

UGANDA: Graduates are unemployable and illiterate (most)