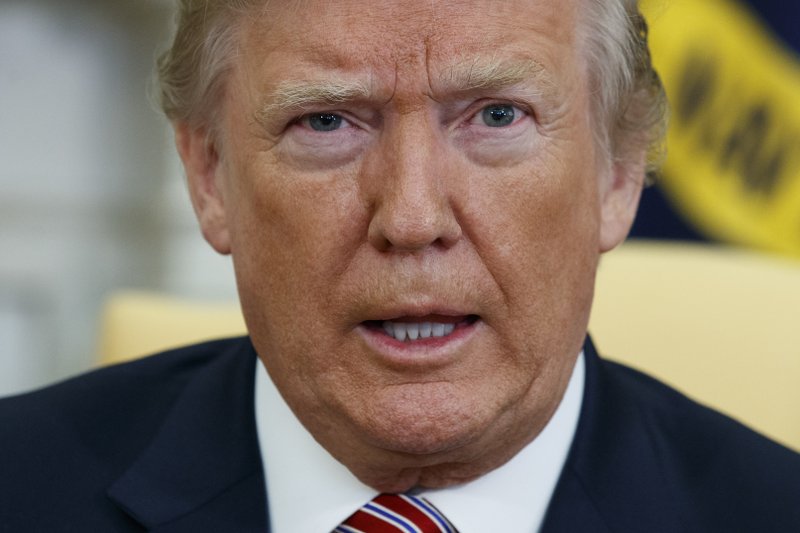 WASHINGTON (AP) — The FBI raid on the office and hotel room of President Donald Trump’s personal lawyer provoked visceral rage from the president and a burst of misstatements. Here’s a look at his remarks:

TRUMP: “So I just heard that they broke into the office of one of my personal attorneys, a good man, and it’s a disgraceful situation.” — comments at a meeting with military advisers Monday.

TRUMP: “They found no collusion whatsoever with Russia.” — referring to the Mueller investigation.

THE FACTS: There has been no such finding. It’s true that evidence of collusion has not emerged to date in special counsel Robert Mueller’s investigation of Russian meddling in the 2016 election and the Trump campaign’s relationship with Russian figures. But the investigation continues and Mueller does not disclose what his probe has found except when filing charges. Although Trump focused his fury on the Mueller probe, the raid was overseen by the U.S. Attorney’s office in Manhattan, not the special counsel. Cohen’s lawyer, Stephen Ryan, said the raid was based in part on a referral from Mueller, however.
___

TRUMP: “Again, they found nothing. And in finding nothing, that’s a big statement. ” — referring to the Mueller investigation.

THE FACTS: They found something.

So far, four Trump associates have been charged in Mueller’s investigation, of whom three have pleaded guilty to lying to the authorities. Among them are Michael Flynn, former White House national security adviser, and Rick Gates, former Trump campaign aide. Overall, 19 people, including 13 Russians, have been charged.

Mueller is known to consider Trump a subject of his criminal investigation at this point. Being a subject in an investigation — instead of a target— suggests Mueller may not be currently preparing a criminal prosecution of the president but considers him more pivotal than a mere witness would be.

To get a warrant, agents and prosecutors must establish for a judge that there’s probable cause of criminal activity and that a search of a property is likely to turn up evidence of that.
___