Trump blasts Mueller probe as ‘attack on our country’

WASHINGTON (AP) — The special counsel’s Russia investigation is not only a political witch hunt but “an attack on our country,” President Donald Trump complained Monday, exhibiting mounting concern about the yearlong probe after federal authorities raided the offices of his personal attorney. “We’ll see,” he said, when asked if he might fire special counsel Robert Mueller.Trump let loose after federal agents pierced the protective bubble around him, seizing records from the offices of longtime Trump attorney Michael Cohen, on topics including a $130,000 payment made to a porn actress who says she had sex with Trump more than a decade ago.

Cohen has been an ardent defender in Trump’s business, personal and political affairs for more than a decade — Cohen claims to have used a personal home equity loan to pay the adult film actress, known as Stormy Daniels — and the probe’s expansion into the president’s inner circle left Trump fuming.He unleashed his sharpest invective to date against the sweeping investigation, calling the Monday search “a disgrace.” 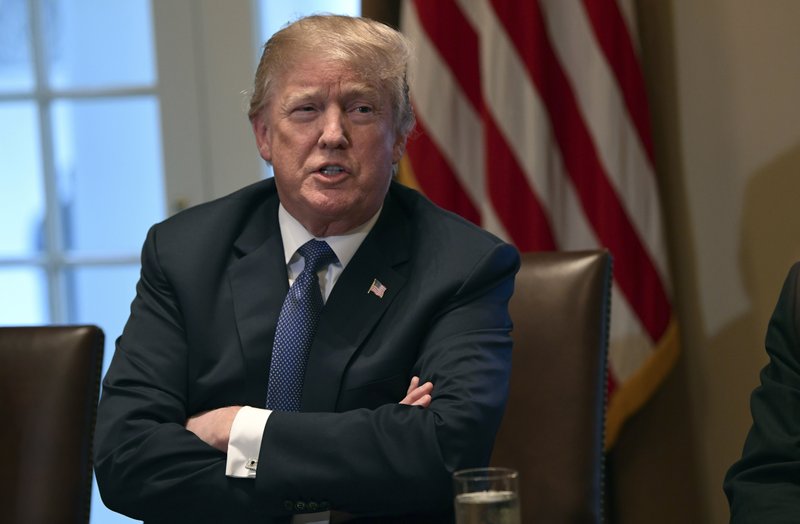 President Donald Trump also called special counsel Robert Mueller’s investigation “an attack on our country.” (April 9)The president didn’t bat away the idea of firing Mueller, saying people have advised him to take that action: “Why don’t I just fire Mueller? Well, I think it’s a disgrace what’s going on — we’ll see what happens.”

He said the raid in New York marked a “whole new level of unfairness” by Mueller and his team.

Trump called the probe a “witch hunt,” as he has many times in the past, complaining that it distracts from serious issues such as consideration of a military response to the apparent use of a chemical weapon on Syrian civilians over the weekend. That was the intended subject of his Monday evening meeting with the defense secretary, the joint chiefs of staff and U.S. combat commanders.

Instead, with reporters in the room and cameras rolling, Trump opened the meeting with an unprompted four-minute critique of Mueller’s investigation. “I just heard that they broke into the office of one of my personal attorneys, a good man,” Trump began, referring to agents who had obtained search warrants from a federal judge. 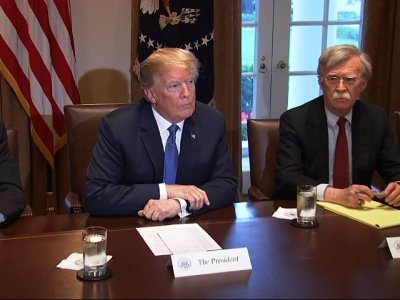 The raid on Cohen’s office was conducted by the U.S. Attorney’s office in Manhattan and was based at least partly on a referral from Mueller, according to Cohen’s lawyer, Stephen Ryan.Trump blasted the Mueller team as “the most conflicted group of people I’ve ever seen,” labeling most of them Democrats and saying the few Republicans had worked for President Barack Obama.

Mueller, a lifelong Republican, and his team of attorneys have been investigating Russian interference in the 2016 election and associated misdeeds in the president’s orbit since May 2017.

Trump lit into Sessions, repeating in public his private criticism of the attorney general for making a “terrible mistake” in recusing himself from the Russia probe. Trump said Sessions “should have certainly let us know” he would step aside in the probe and we would have “put a different attorney general in.” 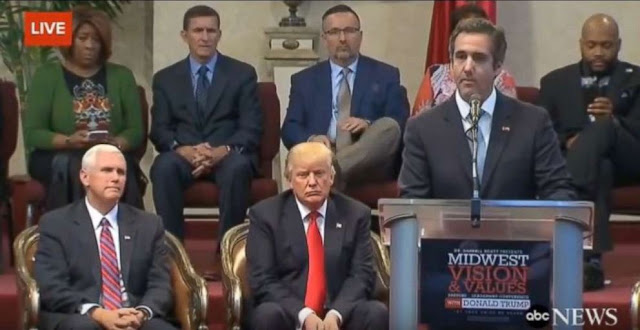 The president watched the cable news coverage of the raid Monday afternoon and grew increasingly angrier, summoning lawyers Ty Cobb and Jay Sekulow to get their opinion of what was happening.

He vented to allies that Mueller’s investigators were “going too far” and conducting “their witch hunt” to undermine his presidency, according to two people familiar with the president’s views but not allowed to discuss them publicly.

The harsh tone of Trump’s comments immediately drew warnings from lawmakers on Capitol Hill, who have sought to preserve Mueller’s independence.

South Carolina Republican Sen. Lindsey Graham said he didn’t know the purpose of Mueller’s raid on Cohen, but added, “I just want to let Mr. Mueller do his job without any political interference.”

Senate Democratic leader Chuck Schumer of New York released a statement warning Trump against firing Mueller. “The investigation is critical to the health of our democracy and must be allowed to continue,” he said.

Under Justice Department regulations, Trump cannot directly fire Mueller, but could order Rosenstein or his successor to remove the special counsel. The regulations only allow Mueller’s removal for “misconduct, dereliction of duty, incapacity, conflict of interest or for other good cause” including violation of Justice Department policies.

‘Deal of the century’: What’s in Trump’s peace plan for Israel and Palestine