The move comes as Trump is about to embark on historic and high-stakes talks with North Korean leader Kim Jong Un.

“I am proud to nominate the Director of the Central Intelligence Agency, Mike Pompeo, to be our new Secretary of State,” Trump said in a statement. “As Director of the CIA, Mike has earned the praise of members in both parties by strengthening our intelligence gathering, modernizing our defensive and offensive capabilities, and building close ties with our friends and allies in the international intelligence community,” Trump said.

“I have gotten to know Mike very well over the past 14 months, and I am confident he is the right person for the job at this critical juncture. He will continue our program of restoring America’s standing in the world, strengthening our alliances, confronting our adversaries, and seeking the denuclearization of the Korean Peninsula,” Trump said.

Hired for his business acumen and outsider’s attitude, Tillerson, 65, had initially earned Trump’s praise as a deal-maker in the president’s mold who would champion his “America First” policy to the world. He came to the position with recommendations from former Secretary of State Condoleezza Rice and ex-Pentagon chief Robert Gates. But after an early honeymoon with Trump, he appeared unable to maintain a bond with the president.

The two repeatedly, and publicly, disagreed — on whether to stay in the Paris climate change accord, on how aggressively to back the embargo against Qatar led by Saudi Arabia and on whether to pursue a diplomatic solution to North Korea’s nuclear weapons program.

Tillerson also grew increasingly alarmed by what he saw as secret talks between Jared Kushner, Trump’s son-in-law and senior adviser, and Saudi Arabian Crown Prince Mohammed bin Salman — fearful that the discussions could backfire and tip the region into chaos, according to people familiar with Tillerson’s concerns.

Speculation that Tillerson was on his way out — so frequent that it was nicknamed “Rexit” — escalated in October, when NBC News reported that Tillerson had referred to Trump in private as a “moron.” Tillerson scoffed at the report, although he left it to his spokeswoman to deny he’d used the word.

“My commitment to the success of the president and the country is as strong as it was the day I accepted his offer to serve as secretary of state,” Tillerson told reporters at the time. “I have never considered leaving this post.”

In December, Tillerson dismissed as “laughable” a report of a plan at the White House to replace him with Pompeo. Trump joined in with a denial that only underscored their policy disputes.

“The media has been speculating that I fired Rex Tillerson or that he would be leaving soon – FAKE NEWS!” the president wrote on Twitter at the time. “He’s not leaving and while we disagree on certain subjects, (I call the final shots) we work well together and America is highly respected again!”

While battling the White House, Tillerson also faced dissent within the department he led. He oversaw a decline in morale as many long-time diplomats headed for the exits and he struggled to get dozens of his choices into top jobs at the State Department. He had a victory in December, however, when his acting assistant secretary of state for East Asian and Pacific affairs, Susan Thornton, was officially nominated for the job by Trump.
Budget Cuts

Tillerson also alienated many staff members by publicly championing the president’s call to cut the department’s budget by a third and promising a redesign of the department in a process led by outside management consultants. Leaders of the congressional foreign policy committees from both parties questioned why Tillerson was investing so much time in the department redesign and swore the cuts would never happen.

Richard Haass, the president of the Council on Foreign Relations, wrote in October that Tillerson had lost his effectiveness, saying that he had been dealt a “bad hand” by the president and had “played it badly. For both reasons he cannot be effective SecState & should resign.”

Aides at the State Department repeatedly rejected the notion of discord between the president and his secretary of state, arguing that Trump appreciated Tillerson’s unvarnished advice. At the same time, White House officials said Trump had come to dislike Tillerson for his reserved demeanor and what was labeled his “establishment”point of view.

He repeatedly clashed with key White House staff including former senior adviser Stephen Bannon, who acknowledged in an interview with the New Yorker in October that he had blocked some of Tillerson’s appointments.

Tillerson also seemed to signal his displeasure with the president after Trump’s widely criticized response to a neo-Nazi protest in August that led to a death in Charlottesville, Virginia. Tillerson said Trump “speaks for himself” and “we express America’s values from the State Department.” 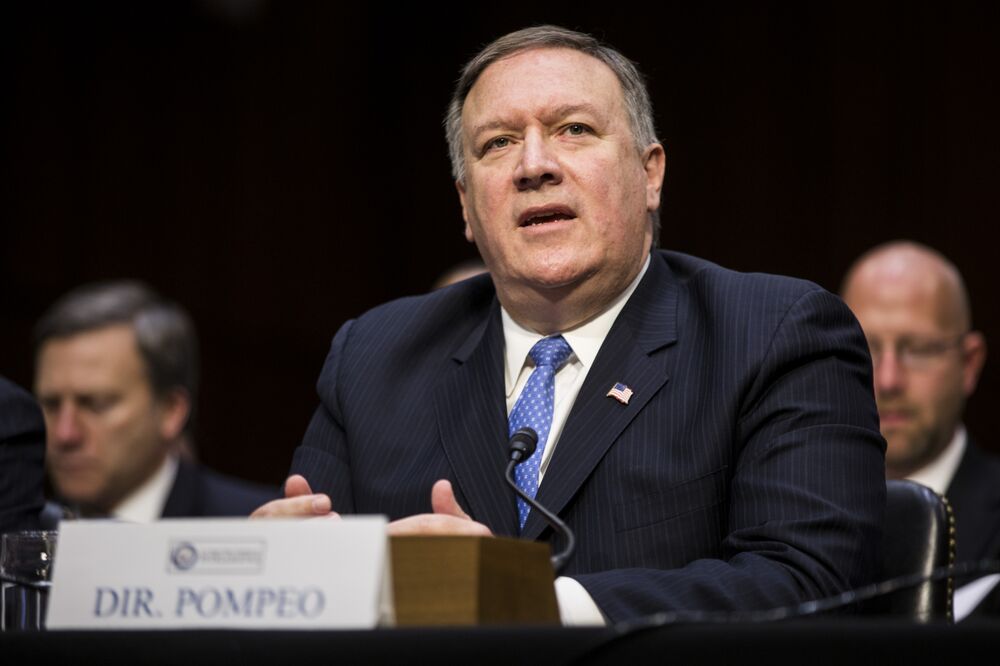 BLOOMBERG – From missiles to cyberattacks, the annual intelligence assessment of global threats paints a world where China and Russia seek to upend U.S. influence as allies uncertain of American commitment may turn away from Washington.