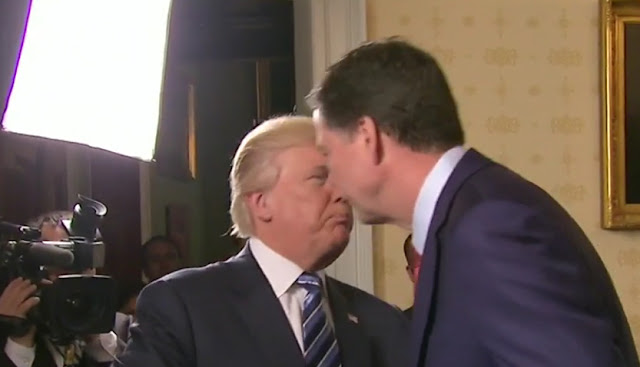 WASHINGTON (AP) — Former FBI Director James Comey blasts President Donald Trump as unethical and “untethered to truth” and calls his leadership of the country “ego driven and about personal loyalty” in a forthcoming book.Comey reveals new details about his interactions with Trump and his own decision-making in handling the Hillary Clinton email investigation before the 2016 election. He casts Trump as a mafia boss-like figure who sought to blur the line between law enforcement and politics and tried to pressure him personally regarding his investigation into Russian election interference.

The book adheres closely to Comey’s public testimony and written statements about his contacts with the president during the early days of the administration and his growing concern about Trump’s integrity. It also includes strikingly personal jabs at Trump that appear sure to irritate the president.

The 6-foot-8 Comey describes Trump as shorter than he expected with a “too long” tie and “bright white half-moons” under his eyes that he suggests came from tanning goggles. He also says he made a conscious effort to check the president’s hand size, saying it was “smaller than mine but did not seem unusually so.” 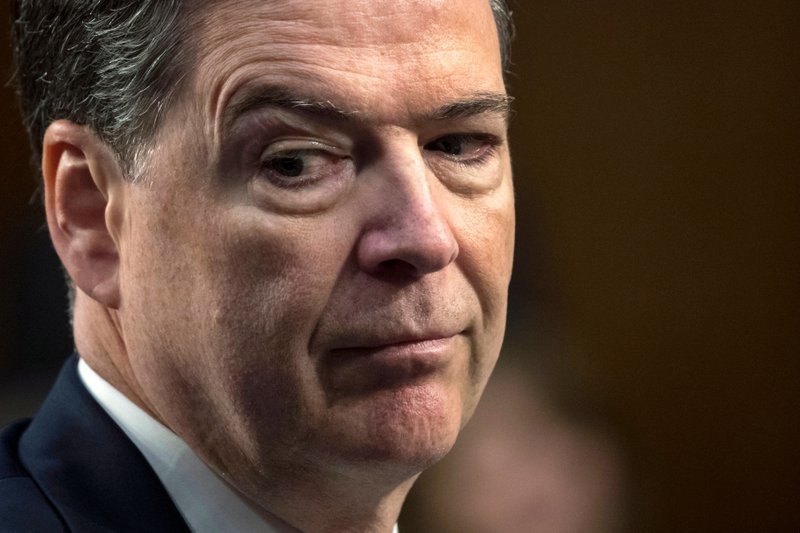 The book, “A Higher Loyalty,” is to be released next week. The Associated Press purchased a copy this week.
Comey also describes Trump weighing whether to ask the FBI to investigate, with an eye toward debunking, a salacious allegation involving Trump and Russian prostitutes urinating on a bed in a Moscow hotel. Trump has strongly denied the allegation, and Comey says that it appeared the president wanted it investigated to reassure his wife, Melania Trump.

Trump fired Comey in May 2017, setting off a scramble at the Justice Department that led to the appointment of Robert Mueller as special counsel overseeing the Russia investigation. Mueller’s probe has expanded to include whether Trump obstructed justice by firing Comey, an idea the president denies.

Trump has assailed Comey as a “showboat” and a “liar.”

Comey’s account lands at a particularly sensitive moment for Trump and the White House. Officials there describe Trump as enraged over a recent FBI raid of his personal lawyer’s home and office, raising the prospect that he could fire Deputy Attorney General Rod Rosenstein, who appointed Mueller, or try to shut down the probe on his own. The Republican National Committee is poised to lead the pushback effort against Comey, who is set to do a series of interviews to promote the book, by launching a website and supplying surrogates with talking points that question the former director’s credibility.

Trump has said he fired Comey because of his handling of the FBI’s investigation into Clinton’s email practices. Trump used the investigation as a cudgel in the campaign and repeatedly said Clinton should be jailed for using a personal email system while serving as secretary of state. Democrats, on the other hand, have accused Comey of politicizing the investigation, and Clinton herself has said it hurt her election prospects.

Comey writes that he regrets his approach and some of the wording he used in his July 2016 press conference in which he announced the decision not to prosecute Clinton. But he says he believes he did the right thing by going before the cameras and making his statement, noting that the Justice Department had done so in other high profile cases.

Every person on the investigative team, Comey writes, found that there was no prosecutable case against Clinton and that the FBI didn’t find that she lied under its questioning.

He also reveals new details about how the government had unverified classified information that he believes could have been used to cast doubt on Attorney General Loretta Lynch’s independence in the Clinton probe. While Comey does not outline the details of the information — and says he didn’t see indications of Lynch inappropriately influencing the investigation — he says it worried him that the material could be used to attack the integrity of the probe and the FBI’s independence.

Comey’s book will be heavily scrutinized by the president’s legal team looking for any inconsistencies between it and his public testimony, under oath, before Congress. They will be looking to impeach Comey’s credibility as a key witness in Mueller’s obstruction investigation, which the president has cast as a political motivated witch hunt.

The former FBI director provides new details of his firing. He writes that then-Homeland Security Secretary John Kelly — now Trump’s chief of staff — offered to quit out of disgust at how Comey was dismissed. Kelly has been increasingly marginalized in the White House and the president has mused to confidants about firing him.

After Clapper briefed the team on the intelligence community’s findings of Russian election interference, Comey said he was taken aback by what the Trump team didn’t ask.

“They were about to lead a country that had been attacked by a foreign adversary, yet they had no questions about what the future Russian threat might be,” Comey writes. Instead, they launched into a strategy session about how to “spin what we’d just told them” for the public.

Comey then describes talking to Trump one-on-one after the broader meeting.

He says he described the allegations about Russian prostitutes. He writes that he told Trump about the dossier because it was the FBI’s responsibility to protect the presidency from coercion related to harmful allegations, whether supported or not. Comey said he left out one detail involving an allegation that the prostitutes had urinated on a bed once used by the Obamas.

Trump raised the subject again a week later, after the dossier had been made public. He then told Comey, the director writes, that he had not stayed in the hotel and that the most salacious charge could not have been true because, Trump said, “I’m a germaphobe. There’s no way I would let people pee on each other around me. No way.”

Comey writes that Trump raised the issue again, unprompted, during their one-on-one dinner at the White House and it bothered the president that there might be even “a one percent chance” his wife might think it was true.

Comey then registers surprise, writing that he thought to himself “why his wife would think there was any chance, even a small one, that he had been with prostitutes urinating on each other in a Moscow hotel room.”