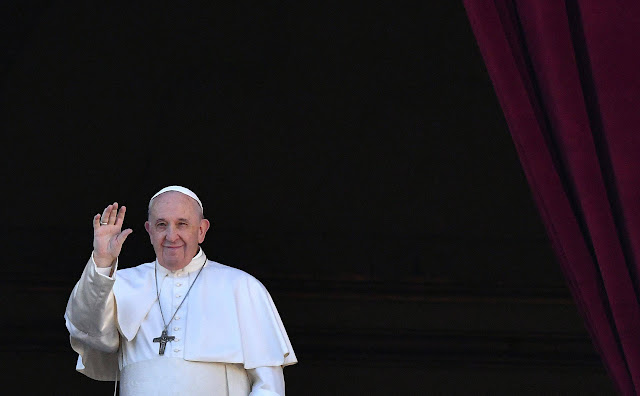 By Ishaan Tharoor with Ruby Mellen, THE WASHINGTON POST

Centuries ago, Christendom was accustomed to the periodic existence of “antipopes.” They were clerics who, whether through spiritual conviction or political machinations, challenged the designated pontiff with rival claims to the top seat in the Vatican. Sometimes kingdoms backed them. Often men died for them.

In our more global and secular context, it’s arguably the principal figure in the White House — not the Holy See — who commands such consequential power on earth. And in the age of President Trump, there are plenty of candidates for a putative anti-POTUS: Consider liberal leaders like the German chancellor or New Zealand’s charismatic prime minister, let alone geopolitical adversaries like the Chinese president.

But what about the pope himself? Over the course of Trump’s tenure in office, few people have cut a more contrasting figure than Pope Francis, the former Buenos Aires bishop with a Jesuit dedication for social justice and the rights of the poor and marginalized. The two have already squabbled: In 2016, Francis suggested Trump was “not Christian” because of his anti-migrant rhetoric and desire to build walls between nations. Trump reacted angrily at the time, calling the comments “disgraceful” and warning darkly that when Islamist terrorists strike the Vatican, the pope would regret not supporting a Trump presidency.

The following year, Francis questioned how Trump could be “pro-life” while pursuing policies that broke up the families of immigrants and asylum seekers. In their sole meeting, in 2017, he presented Trump a copy of his treatise on protecting the environment and reckoning with climate change, but that hardly dissuaded the president from withdrawing from the Paris climate accord and undermining international efforts to curb emissions. 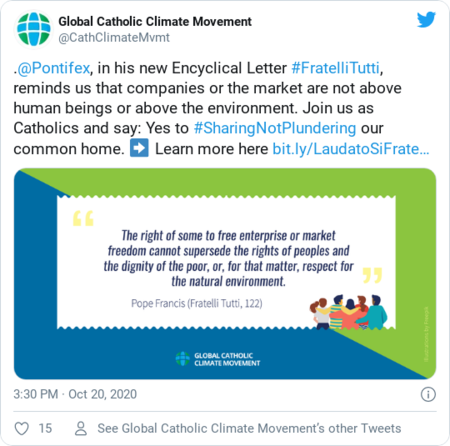 Their differences abound. The pope participated in a ceremony where he washed the feet of Muslim asylum seekers; Trump scaremongers over the threat of Islam and has blocked immigration from a number of Muslim-majority countries. The pope recently published an encyclical where he warned against “extremist, resentful and aggressive nationalism”; Trump’s brand of nationalist politics can indeed be seen as extremist, often aggressive and steeped in resentment. The pope has likened contemporary capitalism to “the worship of the ancient golden calf … returned in a new and ruthless guise in the idolatry of money”; Trump, with his gilded mansions and debt-ridden business empire, is an acolyte of that cult.

Francis is back in the news this week with dramatic revelations that he appears to back civil unions for homosexuals. “Homosexual people have the right to be in a family. They are children of God,” Francis said in a new documentary. “You can’t kick someone out of a family, nor make their life miserable for this. What we have to have is a civil union law; that way they are legally covered.”

There are questions about the newness of the footage, which my colleagues reported may actually stem from an earlier 2019 interview with a Mexican broadcaster. Vatican watchers also note that Francis’s position on civil unions is not particularly new or that radical. Francis is hardly supporting same-sex marriage, and he presides more broadly over a church still saddled with the burdens of the past, including myriad allegations of sexual abuse and coverups that go all the way to the top of the papacy.

But his statement on civil unions underscores the general inclusivity of his worldview, which has earned him a set of hard-line opponents within the Catholic Church.

Former Trump adviser Stephen K. Bannon attempted to court some of them in recent years during his adventures in Europe. In a 2019 interview, Bannon declared the pope to be “dead wrong” and reportedly also advised far-right politicians in Italy to view Francis as “the enemy.”

Trump, meanwhile, has allied himself with a camp that’s also ill-disposed to the pope. “The president has aligned his reelection campaign with a proudly revanchist corner of the Church, one unfamiliar to many American Catholics, even those adamantly opposed to abortion,” Tish Durkin wrote in the Atlantic this week. “This faction’s positions on women, gay people, Muslims, immigration, socialism, and climate change are much closer to those of pro-Trump white evangelicals than to those of liberal Catholics, whom they consider not to be Catholics at all.” 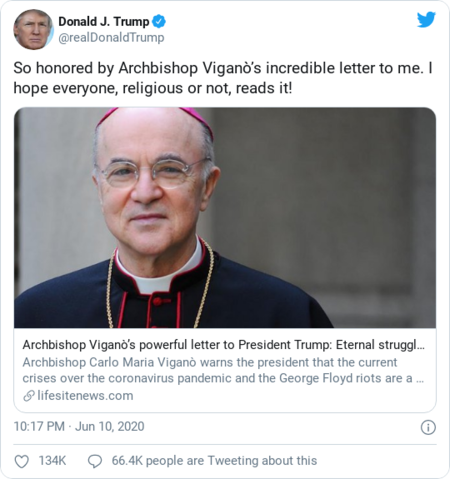 “Some of the Pope’s most sulphurous critics, such as Carlo Maria Viganò, former Vatican envoy to Washington, who launched an extraordinary attack on Francis in 2018, have come out for Trump, who has tweeted approvingly of the controversial Italian archbishop’s conspiracy theories about a ‘deep church’ peopled by the ‘children of darkness,’ ” David Gardner wrote in the Financial Times.

The pope’s views, Gardner added, fit far more easily with the Catholicism of Trump’s challenger, Democratic presidential candidate Joe Biden. That’s not surprising. Carolyn Woo, former president of Catholic Relief Services and a co-chair of Catholics for Biden, told the Associated Press that the pope’s unconditional prioritizing of the “dignity of people” echoes the center-left politics preached by Democrats.

Talking Points
• President Trump and Democratic nominee Joe Biden have wrapped their second and final debate of the 2020 campaign. The debate covered the novel coronavirus and the federal government’s response; national security, the election and China; American families, poverty and federal relief; immigration; race in America; and climate change. Read more from my colleagues on the heated but substantive face-off.

• What started as a grass-roots movement to end police brutality in Africa’s most populous country has become a global phenomenon embraced by the world’s biggest celebrities: #EndSARS. In the two weeks since Nigerians began flooding the streets to rally against a police unit widely viewed as abusive, overseas megastars such as Beyoncé, Rihanna, Cardi B and Drake have thrown their fame behind the cause. Now the protest is dominating social media feeds on practically every continent and, by Wednesday, had made its way into the U.S. presidential race.

• The United States joined Brazil, Egypt, Hungary, Indonesia and Uganda on Thursday to co-sponsor a nonbinding international antiabortion declaration, in a rebuke of United Nations human rights bodies that have sought to protect abortion access. Critics said Thursday’s declaration, less than two weeks ahead of the presidential election, marked the latest move by the Trump administration to build alliances with leaders accused of human rights abuses while working to promote abortion restrictions worldwide.

• Lebanon named Saad Hariri as its prime minister on Thursday, almost exactly a year after he resigned from the same post following popular protests that called for the expulsion of the country’s entire political class. His return as prime minister brings Lebanon back full circle, fueling anger at a static political system that has been controlled by the same families for decades.

By The Washington Post ● Read more »
Stop wiping down groceries and focus on bigger risks, say experts on coronavirus transmission 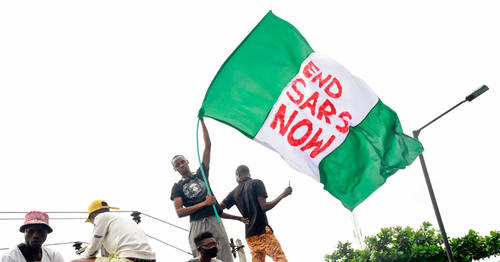 Nigeria is murdering Its citizens 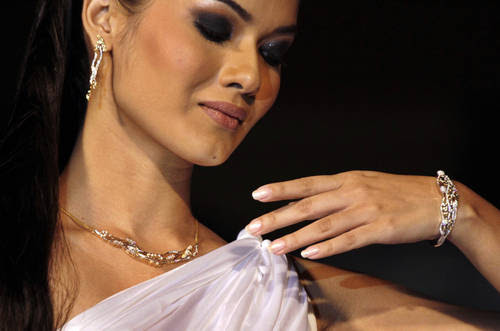 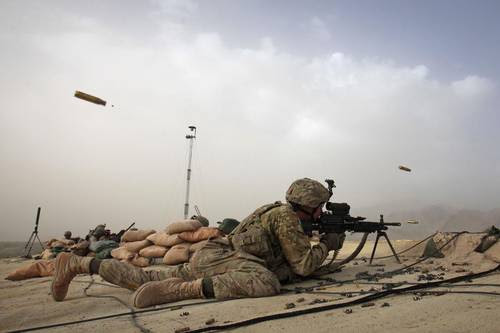 ‘Vote while you float’ 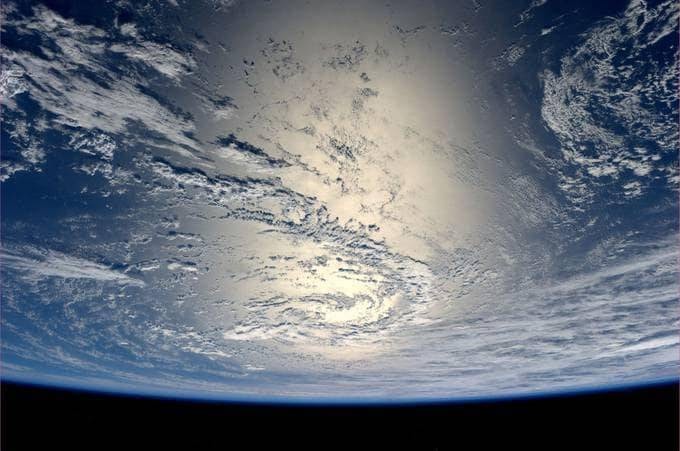 When U.S. astronaut Andrew R. Morgan began his mission to the International Space Station last year, he knew he would miss plenty of things back on Earth — including his home state of Pennsylvania’s off-year elections. Luckily for Morgan, he was able to send his ballot to Lawrence County’s Department of Voter Services electronically, from the thermosphere.

“To be perfectly honest, outside of presidential years, I don’t always make the effort to vote,” Morgan told The Washington Post. “But I wanted to exercise that right from the International Space Station.”

In 2020, space is once again in play: American Kate Rubins cast her vote Thursday from the International Space Station in the upcoming presidential election. Some 250 miles below, many voters are struggling to do the same. The U.S. Postal Service has seen an inundation of mail-in ballots amid the chaos of the coronavirus pandemic. Americans abroad are worried about making sure their votes count, and officials in Pennsylvania and other states are fielding complaints from first-time and absentee voters having difficulty registering to vote or requesting a mail ballot, The Post reported. Last-minute registrants are running into particular confusion. But astronauts prepare to vote before they leave Earth.

Morgan is not the only one to have voted from orbit. Since 1997, U.S. astronauts have been able to cast their votes from space, after John Blaha raised the issue with NASA ahead of the 1996 presidential election, during which he would be aboard the Russian Space Station Mir. — Ruby Mellen

Read on: In 2020, casting a ballot from space may be easier than casting one on Earth 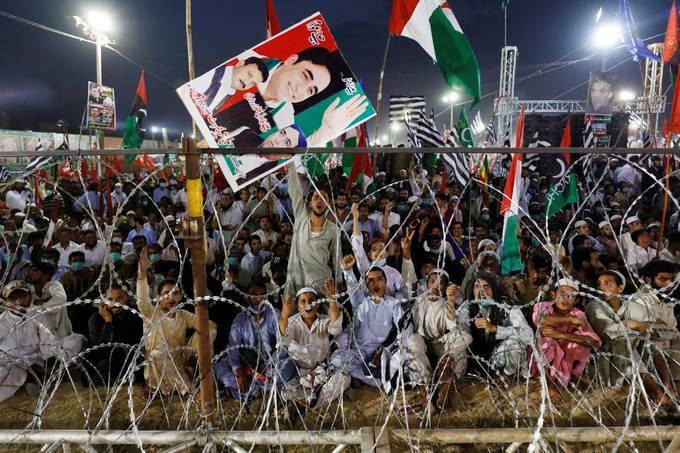 A mix of sharp criticism from opposition politicians and public anger over economic woes is suddenly challenging the dominance of Pakistan’s long-powerful military, even as the United States and other foreign governments seek help from Pakistan’s generals in salvaging Afghan peace talks amid growing Taliban violence. In the past month, an alliance of 11 political parties called the Pakistan Democratic Movement has formed and held two large rallies, calling on Prime Minister Imran Khan to resign and demanding that the military stay out of politics. (Akhtar Soomro/Reuters) 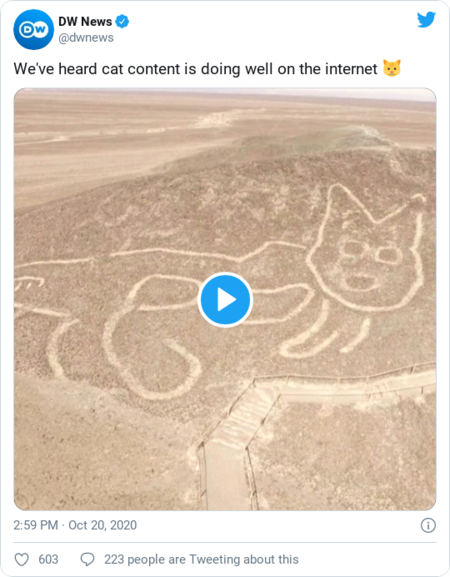 Did you find apk for android? You can find new Free Android Games and apps.
Sharing is caring:
religion, world news Religion, World News Comments Off on Today’s WorldView: Pope Francis, the anti-Trump of our age, Talking Points Print this News

All Saints’ Day, November 1 is day after Halloween