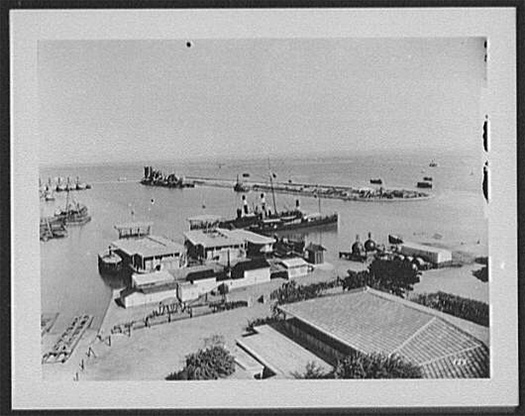 After ten years of construction and costs more than double the original estimate, the Suez Canal opened on November 17, 1869. Stretching 101 miles across Egypt‘s Isthmus of Suez, from Port Said in the north to Suez in the south, the waterway connects the Mediterranean Sea with the Indian Ocean.

In 1888 the Convention of Constantinople was signed—”respecting the free navigation of the Suez Maritime Canal” and opening the canal to ships of all nations. The longest canal in the world without locks, the Suez Canal is one of the world’s most heavily traveled shipping lanes and the fastest crossing from the Atlantic to the Indian oceans.

In 1894, a group of Americans visited the Suez Canal as part of a tour to promote U.S. trade and gather information about foreign transportation systems. Unlike the journalist Nellie Bly, their contemporary who circumnavigated the earth in just seventy-two days, the World’s Transportation Commission (WTC) made its worldwide journey in three years. Readers of Harper’s Weekly kept abreast of the trip through an illustrated series on the commission’s tour. Learn More
View more pictures from World’s Transportation Commission. Browse the subject index or select a country from the trip itinerary.
Prior to his work for the World’s Transportation Commission, Jackson photographed the landscape of the Rockies for Ferdinand V. Hayden’s Geological and Geographic Survey of the Territories. The Evolution of the Conservation Movement, 1850-1920 contains thirty-one photographs by William Henry Jackson. To view these photographs, many of Yellowstone, browse the Author Index for Jackson’s name.
In 1897, Jackson joined the Detroit Photographic Company. His negatives became the basis for the Company’s postcard and photographic view business. Many of these works are included in Detroit Publishing Company. Search the collection on William Henry Jackson to view Jackson’s work. In addition to images of scenic America, the collection includes pictures of the photographer, his family, and his home.
Read more about the World Transportation Commission in the Today in History collection.
Search on Suez Canal in Making of America Externalto read articles on the canal.
The pictorial collections also contain images of the Suez Canal including a wood engraving showing the blessing of the opening of the canal and Port Said at the entrance of the canal. Search on Suez Canal to see additional photographs as well as cartoons and illustrations of the canal.

Progressive Era reformer Grace Abbott was born in Grand Island, Nebraska, on November 17, 1878. Reared in a family of activists, Abbott grappled early on with political and social issues. Her Quaker mother participated in the Underground Railroad and the woman suffrage movement; her father was a leader in state politics. Susan B. Anthony stayed with the Abbotts when visiting Grand Island in 1882. After graduating from college and teaching high school, Abbott left Nebraska in 1907 for the University of Chicago. While completing a master’s degree in political science, she joined the residents of Jane Addams’ Hull House. For the next nine years, Grace Abbott lived at Hull House while gaining national recognition as an advocate for immigration.

As head of the Immigrants’ Protective League in Chicago, Abbott established a way station for recent arrivals near the main Chicago railroad terminal. She worked for legislation to regulate the employment agencies that frequently exploited immigrants and convinced officials at Ellis Island to extend their protection and guidance beyond New York Harbor. At hearings held in Washington, D.C., in 1912 and 1914, Abbott testified against implementation of a literacy test designed to stem the flow of southern and eastern European immigrants. Despite her efforts, a literacy qualification was instituted in 1917. 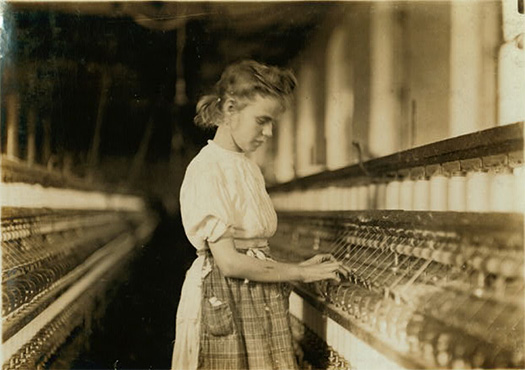 That same year, Abbott left Chicago to join the staff of the Department of Labor. Assigned to the Children’s Bureau, a division charged with investigating and reporting on issues pertaining to child welfare, Abbott began implementing the first federal law restricting child labor. In 1918, the U.S. Supreme Court struck down the legislation. Disappointed, Abbott used her influence to ensure that wartime contractors did not rely on child labor.

After the war, Abbott briefly returned to Chicago. By 1921, however, she was back in Washington as head of the Children’s Bureau, where she extended the reach of her division. With passage of the Sheppard-Towner Act in 1921, the Bureau administered a grant-in-aid program to the states for child and maternity health care. Despite the success of the program, Congress rescinded the act in 1929.

The Children’s Bureau led the campaign for a constitutional amendment limiting child labor. Although never ratified, the amendment set a precedent for New Deal legislation regulating the labor of children under the age of sixteen.

In 1934, confident that the work of the Children’s Bureau would continue under the administration of Labor Secretary Frances Perkins, Grace Abbot retired from the government. After years of fighting to fund and protect the Children’s Bureau, Abbot saw that the tide had turned in favor of the causes that she championed. She also left knowing that, through her urging, the Social Security Act would provide assistance to mothers and children.

One of many turn-of-the century women striving to ameliorate the social problems arising from industrialization, reformers like Abbott created new professional opportunities for women in government administration. She died in Chicago in 1939. 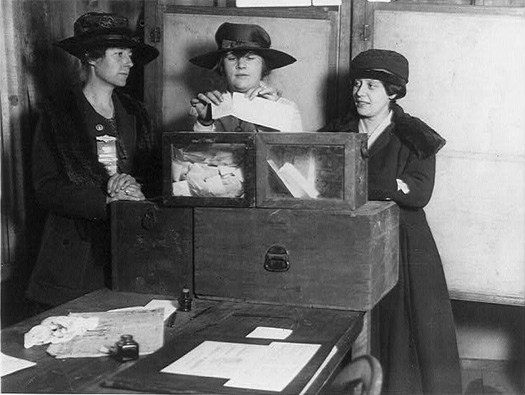 Learn More
Abbott’s friend and colleague Jane Addams countered claims that women should confine their activities to the home by arguing female domestic expertise would improve government. Her essay “Women and Public Housekeeping” is published in the 1912 debater’s handbook Selected Articles On Woman Suffrage available through the National American Woman Suffrage Association Collection.
Prosperity and Thrift: The Coolidge Era and the Consumer Economy, 1921-1929 documents the nation’s transition to a mass consumer economy and the role of government in this transition. The collection includes both text and images, such as Four Adults and Six Children, from Passaic, N.J., Picket the White House….
Pioneering the Upper Midwest: Books from Michigan, Minnesota, and Wisconsin, ca. 1820 to 1910 includes information about support of the Federal Children’s Bureau in Michigan. Read “Public Health Nursing in Kent County,” a section in chapter X on the history of hospitals and nursing found in Medical History of Michigan (vol II).
Examine Public Dance Halls, Their Regulation and Place in the Recreation of Adolescents a publication of the Children’s Bureau found through An American Ballroom Companion: Dance Instruction Manuals, ca. 1490 to 1920. The pamphlet is surprisingly sympathetic to teenagers.
Search Today in History on Theodore Rooseveltor Woodrow Wilson to read more features about the Progressive Era.