On July 9, 1793, Vermont completed revisions to its constitution and became the first state in the United States to prohibit slavery. Vermont had already been admitted to the union as the fourteenth state on March 4, 1791. 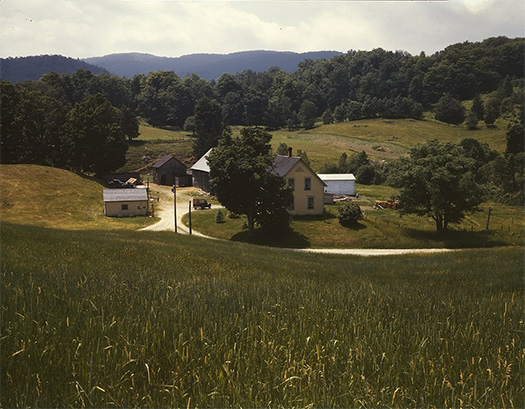 The name Vermont is derived from the French vert mont meaning “green mountains”—that portion of the Appalachian Mountains running through the center of the state. The area was originally settled by the Abenaki Indians. In 1609, the Frenchman Samuel de Champlain explored the region and named a lake, on what is now Vermont’s northwest border, after himself. By the end of the French and Indian War (1754-63) the territory was British.

The land was contested by the colonies of New York and New Hampshire. Between 1770 and 1775, many men joined the Green Mountain Boys, a civilian militia led by Ethan Allen and Seth Warner, to repulse Britain’s claims.

When the American Revolution began, the Green Mountain Boys fought for independence from England. Their successful assault on Fort Ticonderoga in May 1775 is generally cited as the first offensive action of the Revolution. In 1777, the inhabitants of Vermont created an independent republic—first as New Connecticut, then as Vermont. The 1777 constitution of the Republic of Vermont abolished slavery and gave voting privileges to all freemen.

In 1796, George Washington wrote to the Vermont legislature:

Gentlemen: With particular pleasure I receive the unanimous address of the Council and General Assembly of the State of Vermont. Altho’ but lately admitted into the Union, yet the importance of your State, its love of liberty and its energy, were manifested in the earliest period of the revolution which established our independence. Unconnected in name only, but in reality united with the Confederated States, these felt and acknowledged the benefits of your cooperation. Their mutual safety and advantage duly appreciated, will never permit this union to be dissolved.

More than 35,000 Vermont soldiers fought for the Union during the Civil War. Vermont was the site of the only Civil War action north of Pennsylvania when a band of Confederate soldiers raided St. Albans in October 1864.

The collection of interviews taken for the Work Projects Administration by unemployed writers during the Depression Era, contains many narratives of Vermont farmers and artisans, such as the following:

One mornin’ along the last of February or the first of March and Ezra is on his way to the barn for the chores. He stops as he steps out of the shed door, squints at the sky just flushed with faint pink in the east, he licks his finger and holds it up slowly turning it to get the feel of the wind. Then he squints at the galloping gilded horse bravely defying the laws of gravity on top of the barn to verify his findings on the way of the wind. He nods and takes a deep breath of the clear sharp morning air. There’s a feelin’ to it, a haunting elusive promise of change. Come a week or so thinks Ezra an’ it will be time to get started on sugarin’.

He steps back to the kitchen door. Ma is marching her morning paths from stove to sink, sink to pantry. She likes to get a start on the mornin’. An hour in the mornin’ is worth two in the afternoon as far as puttin’ work off goes. You can get a sight more done and out of the way before breakfast if you fly round.

“Ma, you better plan for sugarin’,” Ezra’s voice is full of satisfaction.

Learn More
Search on Vermont in American Life Histories: Manuscripts from the Federal Writers’ Project, 1936 to 1940 to read about life in Vermont and the lives of Vermonters.
For additional images of the state and its people, search the following collections on Vermont:
Detroit Publishing Company
Panoramic Photographs
Farm Security Administration/Office of War Information Color Photographs
Search on Vermont or the names of cities and towns in Vermont in the online Map Collections or browse the Location Indexes. Use the “Zoom” feature to look more closely at sections of the maps.
To learn more about George Washington’s references to the state, search on Vermont in the George Washington Papers.
To learn more about the contributions of Vermont’s representatives to the early legislation of the United States, search on Vermont in A Century of Lawmaking for a New Nation: U.S. Congressional Documents and Debates 1774-1875. At present the online collection contains a linked set of published congressional records of the United States of America from the Continental Congress through the 43rd Congress, 1774-1875.