Joseph Jenkins Roberts declared Liberia, formerly a colony of the American Colonization Society, an independent republic on July 26, 1847. He was elected the first president of the republic in 1848. 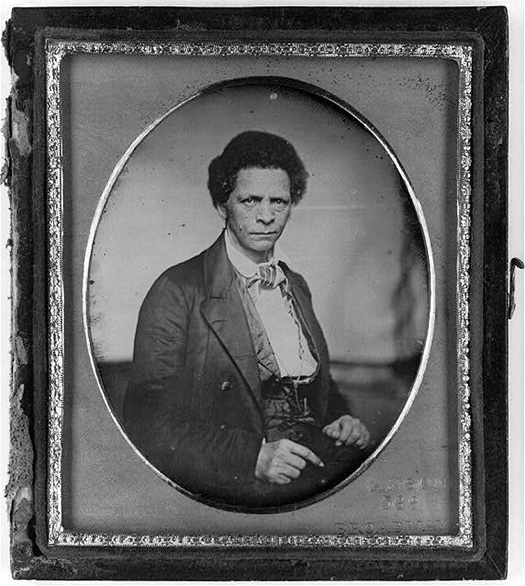 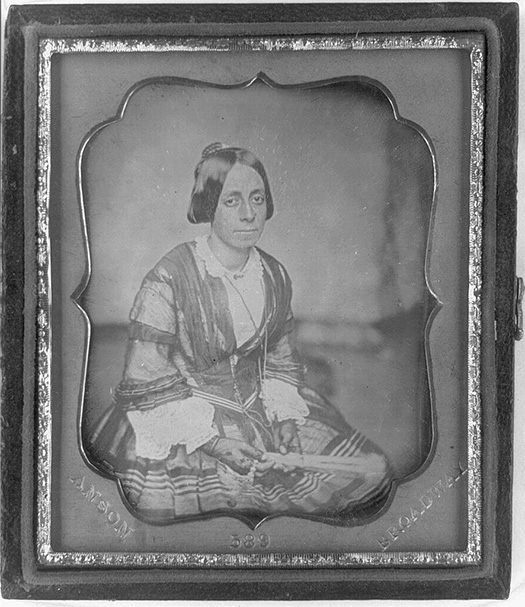 A native of Petersburg, Virginia, Roberts immigrated to Liberia in 1829 at the age of twenty under the auspices of the American Colonization Society. The Society was organized in late December 1816 by a group which included Henry Clay, James Monroe, Andrew Jackson, Francis Scott Key, Bushrod Washington, and Daniel Webster. The colonization scheme, controversial from the outset among blacks and whites alike, was conceived as an alternative to emancipation. The idea grew from the recognition of the difficulty that the Republic would face should it choose the path of becoming an integrated nation. 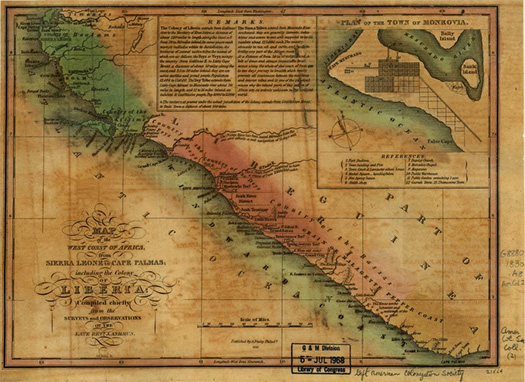 Map of the West Coast of Africa from Sierra Leone to Cape Palmas, including the Colony of Liberia. Philadelphia Pa.: A. Finley, 1830. Maps of Liberia, 1830 to 1870. Geography & Map Division.

This map was compiled chiefly from the surveys and observations of the Reverend Jehudi Ashmun, who led the settlement of what was to become the country of Liberia.

With difficulty, funds were found for the venture and, after an initial unsuccessful attempt, a colony was finally founded in Mesurado Bay on Providence Island in 1822. Reverend Ashmun negotiated with the native people to grant a tract of land at Cape Mesurado at the mouth of the St. Pauls River.

Expansion of the original colony at times resulted in conflict with indigenous Africans. The colony grew as it became a home for freed African Americans and slaves released from the West Indies and from slave ships as well as many native tribal people. Nevertheless, confrontations between the descendants of African Americans and indigenous tribes have remained a factor in Liberian politics through the twentieth century.

Learn more about the colonization movement in the online exhibition The African-American Mosaic: A Library of Congress Resource Guide for the Study of Black History & Culture. The first section of the exhibition, entitled “Colonization,” includes an overview of the origins of the American Colonization Society and the founding and early history of Liberia. Of particular interest is a treaty between the American Colonization Society and African tribal leaders for rights to tribal lands along the Grain Coast and on major rivers leading inland.

Learn More
Among the maps included in Map Collections are the Maps of Liberia, 1830 to 1870.
Also of interest is a series of documents on Liberia in African American Perspectives: Materials Selected from the Rare Book Collection; to locate this material, search the collection on Liberia.
The Library’s Manuscript Division holds the collection of the American Colonization Society Records, 1792-1964. The Prints & Photographs Division holds images that are part of this collection.
To develop a bibliography of works about Liberia, use the Browse Search menu of the Library of Congress Catalogs. Then, enter the term Liberia in the subject search page.
Search on Liberia in The Church in the Southern Black CommunityExternal collection to find documents about Liberia.