On July 25, 1936, after a five-night run, the audience at the Park Theatre in Bridgeport, Connecticut, applauded the closing night performance of Macbeth, produced by John Houseman and directed by Orson Welles for the Federal Theatre Project (FTP) of the Works Progress Administration (WPA). The FTP was one of five arts-related projects established during the first term of President Franklin D. Roosevelt to assist unemployed writers, actors, and artists during the Great Depression.

Life’s but a walking shadow, a poor player That struts and frets his hour upon the stage And then is heard no more: it is a tale Told by an idiot, full of sound and fury, Signifying nothing. 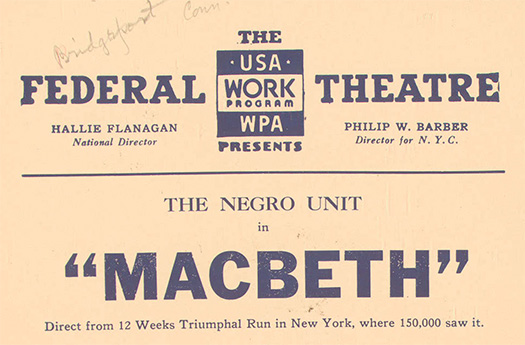 It overwhelms you with its fury and its phantom splendor. 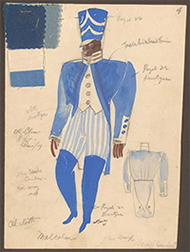 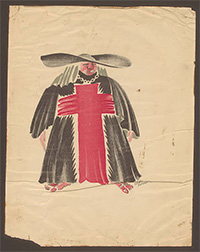 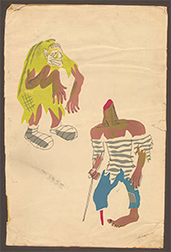 John Houseman came to the Federal Theatre Project from an already established career that included directing the avant-garde opera, Four Saints in Three Acts, by Gertrude Stein and Virgil Thomson, in New York.

Welles’ designs for the plays were characterized by the creative risk-taking that exemplified his dramatic work. His use of racially integrated casting and “alternative” settings for these masterpieces was an innovation.

For Macbeth, Welles cast African-American performers in all the roles, moved the play’s setting from Scotland to the Caribbean, and changed the witches to Haitian witch doctors. 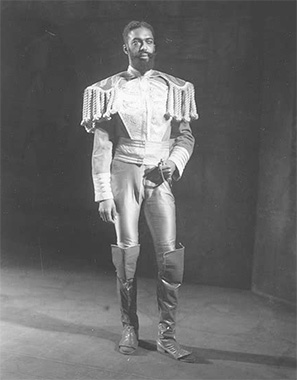 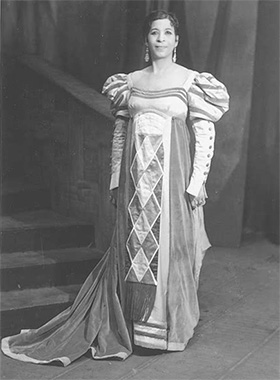 Critics hailed the results as “startling,” “splendid,” and “colorful.” After a series of sold-out performances in Harlem, Welles’ “Voodoo Macbeth” took to the road, traveling to several cities on the East coast. 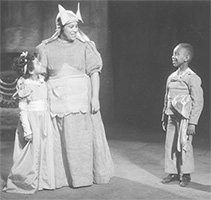 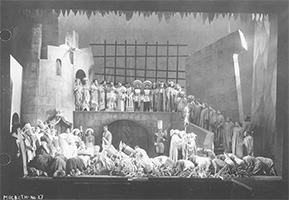 Read more about Orson Welles’ production of Macbeth, in “The Play That Electrified Harlem,” one of the illustrated articles presented along with the collection. The article, written by Wendy Smith, was originally published in Civilization magazine.
Read several newspaper articles about the New York production of this play from the The Brooklyn Daily Eagle. External
View the online exhibition Coast to Coast: The Federal Theatre Project, 1935-1939.
Read Macbeth External or browse the Complete Works of William Shakespeare online External.