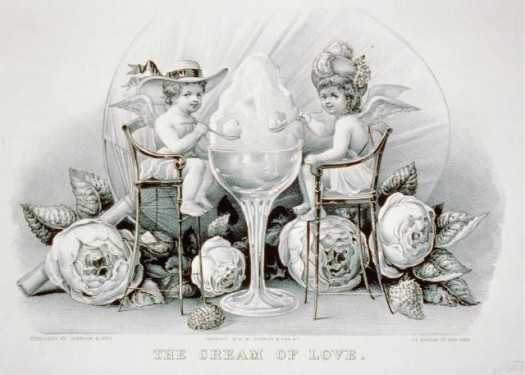 On February 14, Americans celebrate love and friendship by exchanging cards, flowers, and candy. Although the origins of Valentine’s Day are murky, ancient Romans celebrated the feast of Lupercalia, a spring festival, on the fifteenth of February. Like so many holidays, a Christian gloss was added to the pagan fete when the holiday moved to the fourteenth of February—the saint day associated with several early Christian martyrs named Valentine. 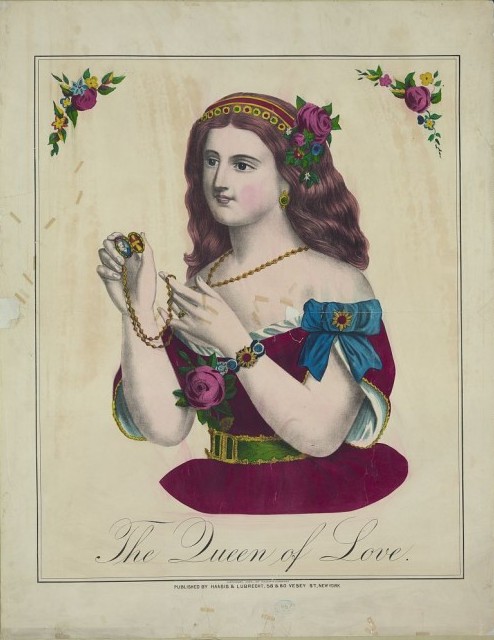 The romance we associate with Valentine’s Day may spring from the medieval belief that birds select their mates on February 14. During the Middle Ages, lovers recited verse or prose to one another in honor of the day. The Nuremberg Chronicle(published in 1493) is believed to contain the first in-print mention of Saint Valentine, though his role as patron saint of lovers was not mentioned.1 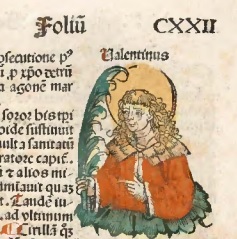 Handmade valentines, probably the first greeting cards, appeared in the sixteenth century. Mass production of cards began as early as 1800. Initially hand-tinted by factory workers, by the early twentieth century even fancy lace and ribbon-strewn cards were created by machine.
Lee, Ruth Webb. A History of Valentines. New York: Studio Publications in association with Crowell [c1952]. p.3 (Return to text)

Learn More
Take in a picture show. The collection Inventing Entertainment: the Early Motion Pictures and Sound Recordings of the Edison Companies contains many films suitable for valentine viewing. Of special interest, R.F.D., 10,000 B.C. is an early twentieth-century animated comedy set on Valentine’s Day 10,000 B.C. Don’t stop there. View the shorter, but equally amusing films, The Gay Shoe Clerk and A Romance of the Rail.
Holiday plans include dancing? Brush up your steps with the collection An American Ballroom Companion: Dance Instruction Manuals, ca. 1490 to 1920. Use the manuals and the video clips to learn an old dance.
Make your valentine a lovely meal! Historical cookbooks can be a great place to find recipes and entertaining tips.
Woo your valentine with a song:
Search on love songs in California Gold: Northern California Folk Music from the Thirties Collected by Sidney Robertson Cowell to find transcripts and recordings collected for the WPA California Folk Music Project. Listen to True Lover of Mine, for example, while reading the transcript.
Or, search the collection Music for the Nation:

American Sheet Music, ca. 1870 to 1885 on valentine to retrieve sheet music for songs like My Valentine.
See how our predecessors celebrated the big day by searching for valentine or valentines day in our collection of historical newspapers, Chronicling America.
Consult the Science Reference Guide Cooking with Love and Chocolate: A Valentine’s Day Exhibit to access a list of printed resources compiled by the Library’s Science Reference Services.

Did you find apk for android? You can find new Free Android Games and apps.
Sharing is caring:
Gallery, LIBRARY CONGRESS LIBRARY CONGRESS, Gallery Comments Off on Today in History – February 14 Valentine’s Day – LIBRARY OF CONGRESS Print this News