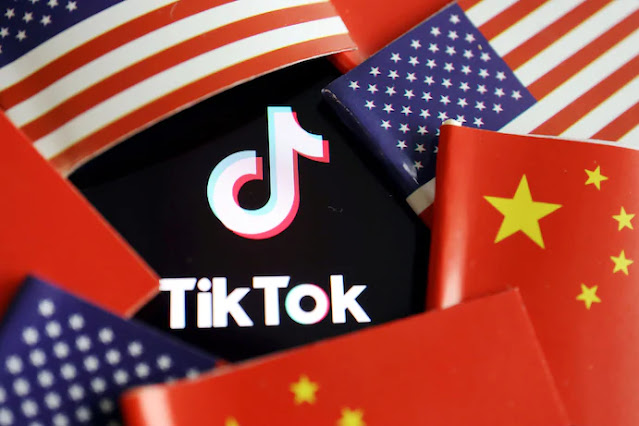 TikTok has chosen Oracle as U.S. ‘technology partner,’ rejecting Microsoft’s bid
Oracle emerged as a likely victor in the potential deal, although it was unclear what it will win or if the Trump Administration will sign off on it.

Oracle emerged late Sunday as the likely — and somewhat surprising — victor in wooing short-form video app TikTok, as the companies race against the clock to keep the app up and running in an attempt to satisfy both U.S. and Chinese governments.

The short-form video app chose Oracle as its U.S. “technology partner” Sunday afternoon, according to a person familiar with the talks who spoke on condition of anonymity to discuss the deal. Terms of the arrangement were vague, but the companies brokered the deal in an attempt to satisfy regulator concerns about TikTok to keep it operating in the United States.

It’s still unclear whether the deal will satisfy President Trump. Oracle’s executives have close ties to the president and the company may be well-positioned to meet Trump’s expectations after the president took an active role in raising concerns about TikTok.

TikTok executives believe the deal will take care of worries from the Trump Administration and others that its Chinese ownership could open the door for Beijing to obtain U.S. consumer data, according to the person familiar with the talks. The deal would likely involve Oracle taking a stake in the company.

It’s also unclear whether the Trump Administration will approve the deal with Oracle. President Trump previously issued an order that would ban the app in the U.S. beginning Sept. 20. He followed it with a second order that would essentially require TikTok’s Chinese parent company, ByteDance, to divest from its operations in the U.S.

Both Microsoft and Oracle were bidding for that business.

Microsoft said separately Sunday in a blog post that its offer to acquire TikTok‘s U.S. operations was rejected. Microsoft was the first to confirm it was courting TikTok this summer as President Trump threatened to ban the app over national security concerns.

“We are confident our proposal would have been good for TikTok’s users, while protecting national security interests,” Microsoft said in its post. “To do this, we would have made significant changes to ensure the service met the highest standards for security, privacy, online safety, and combating disinformation, and we made these principles clear in our August statement.“

While Oracle never seemed like a logical acquirer of TikTok’s U.S. assets, it had one thing going for it during its pursuit: a close relationship with Trump. Oracle’s chief executive Safra Catz has dined at the White House with Trump, and served on the president’s transition team after his election in 2016. Oracle’s co-founder and chairman Larry Ellison hosted a fundraiser for Trump this year.

Earlier this year, Ellison helped convince Trump, after a series of conversations, that Chloroquine and hydroxychloroquine, two old anti-malarial drugs, may be game-changing treatments for covid-19. Ellison helped arrange a partnership between Oracle and the federal government to crowdsource that idea by collecting data in real time from doctors trying out those and other unproven drugs on covid-19 patients.

Trump has said that a “very substantial portion” of the acquisition price for TikTok would have to be paid to the Treasury because he helped manufacture the deal. While lawyers familiar with international transactions called such an arrangement unusual, it’s possible that Ellison and Catz, as supporters of the Trump campaign for reelection, could figure out a way to satisfy the president’s efforts to secure that payment.

The TikTok deal has been facing a series of obstacles for more than a month and was thrown another hurdle in recent weeks when the Chinese government got involved, slowing the bidding process. Beijing established export rules that prevent the sale of some artificial-intelligence technology that likely includes TikTok’s personalized recommendation algorithm.

TikTok sale slowed as Chinese government may get involved

The algorithm is TikTok’s secret sauce, technology that makes the service so popular and addictive to its users. Without it, the company’s value to an acquirer is significantly diminished.

Had Microsoft been able to acquire TikTok’s U.S. business, Stifel, Nicolaus & Co. analyst Brad Reback said the company was well positioned to leverage its operations to make a deal pay off.

“It’s an extraordinary assets with all sorts of ways to make money,” Reback said.

Oracle, though, doesn’t have the operations, such as an online advertising business, to make an acquisition of TikTok’s U.S. operations pay off, he said.

TikTok previously filed a legal challenge against the government’s order to ban the video app. If the ban proceeds, TikTok users in the U.S. would likely still be able to use the app if they had already downloaded it, but wouldn’t be able to get any updates.

The parameters of the ban are still unclear and it is up to the Commerce Department to define them.

It is gonna be a beautiful marriage though. One of the top Data companies teaming with one of the hottest digital. God is good. Yes. Amen. mln

CHINA lands spacecraft on ‘dark’ side of moon in world first

CHINA lands spacecraft on ‘dark’ side of moon in world first