THE GOOD AND BAD OF EXCLUDING DR. BESIGYE FROM JUSTICE IN UGANDA 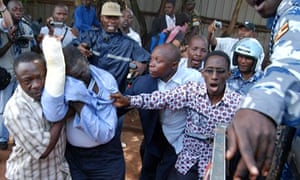 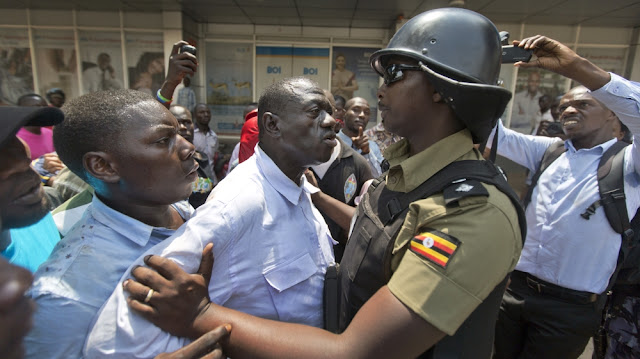 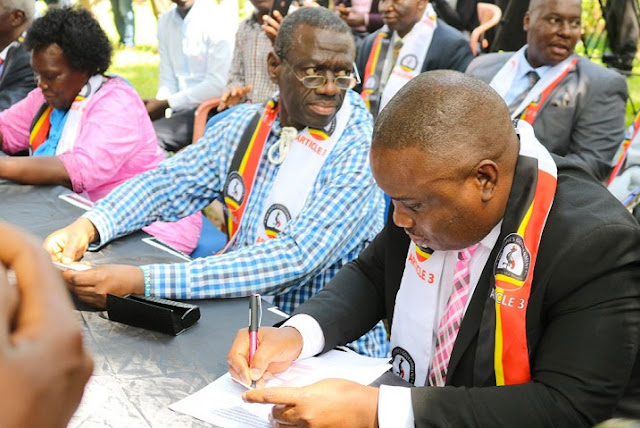 Besigye ran to court after he was picked up various times and arraigned before Kasangati and Nabweru Magistrate’s courts for staging unlawful assemblies when he led the ‘Walk to Work’ protests in 2011 that were prompted by high commodity prices. In July 2011, Dr. Besigye petitioned the Constitutional court seeking a declaration as unconstitutional the offence of unlawful assembly in the Penal Code that was frequently used by the police to deny him the full enjoyment of fundamental rights and freedoms through arrest and subsequent prosecution in various courts. He further argued that the said Penal Code provision contravenes Articles 21, 27, 29 and 43 of the Constitution of Uganda, which guarantee equality and freedom from discrimination, right to privacy of persons, home and other property, protection of freedom of expression movement, assembly, association and human rights freedoms

In their wisdom, the learned justices ruled that it was wrong for Dr. Besigye who lost the 2016 elections and swore himself in as the elected president of Uganda to turn to the same courts who are part of the legitimately constituted government led by Museveni.
They said;
“……..In 2016, he again lost to President Museveni but he didn’t challenge the election. However, another presidential candidate Amama Mbabazi did and the Supreme Court unanimously dismissed the petition and confirmed the results of that election. The petitioner (Besigye) however chose to reject the decision of the Supreme Court……..He publicly declared and has done so ever since 2016 that the election of that year was a sham and that it didn’t reflect the will of the people of Uganda. The petitioner on May, 11, 2016 swore himself in as president of Uganda……..In the petition, the petitioner seeks to hold accountable a government that he considers illegitimate by invoking powers of a court appointed under such a government. He cannot do so. It is an exercise in futility……I would therefore decline to grant him the remedies he seeks in the petition, maybe he will have to seek audience before his own court or before the “judge’, who swore him in as president.”

In their concluding remarks, the learned Justices sadly noted that hadn’t they looked at the previous political conduct of Besigye; they would have allowed his application.

Much as this ruling signifies another sad moment in the constitutional history of Uganda, it has both the bright and dark side.

The bright side
The ruling serves to confirm that under Museveni’s Uganda, justice is not for all. Further, that the judiciary lacks independence and serves the wishes of the Museveni military junta. Since Dr. Besigye is currently involved in a process to petion the ICC over Museveni’s crimes against humanity, the ruling the obstacle of whether or not  courts Uganda can’t attend to his concerns.

The dark side
The petition arose from the 2011 opposition led Walk to Work protest but by design, the December 2019 ruling brought up issues that arose much later after the date of petition in July 2011. In the same regard, they cited and based their ruling on Dr. Besigye’s political activism effective 2016 and onwards. Much as the Museveni regime indicted Dr.  Besigye over treason in regard to his self swearing in as President,  it has been reluctant to prosecute him. In the same regard, by  seemingly ignoring his subsequent political activism with regard to the Defiance Campaign, the formation of the nationwide People’s Government structures and most recently, the launching of bother the Twerwaneko and ICC campaigns, the regime was buying time for the right time to strike.

Therefore, the court ruling is an unsolicited declaration of the illegality of his activism. It is an indictment of his Peoples Government and other campaigns. The ruling has given a greenlight for the Museveni regime to declare a ban on Besigye’s Peoples Government and his other related political activism. The ruling sets a precedent for other government agencies like the Police,  Immigration Services and others to deny him their services on the same ground.

INFORMATION IS POWER AND THE PROBLEM OF UGANDA IS MUSEVENSM

Did you find apk for android? You can find new Free Android Games and apps.
Sharing is caring:
museveni, besigye, politics, icc, UGANDA Uganda, Museveni, Besigye, ICC, Politics Comments Off on THE GOOD AND BAD OF EXCLUDING DR. BESIGYE FROM JUSTICE IN UGANDA Print this News