Terror attack in Sweden leaves a few dead, many injured

Swedish Prime Minister Stefan Lofven says everything indicates that a deadly truck crash today into a major department store in downtown Stockholm is “a terror attack.”

“Sweden has been attacked,” Lofven said. “This indicates that it is an act of terror.”

Lofven made the comment Friday after the truck crashed into the upscale Ahlens department store on Drottninggatan Street.

He also said one person has been arrested, but no further details were immediately available.

The rear of a truck, left, protrudes after it crashed into a department store injuring several people in central Stockholm. (Anders Wiklund/TT News Agency via AP)

The number of people reportedly killed in the attack varies.

Police could not immediately confirm the death toll. 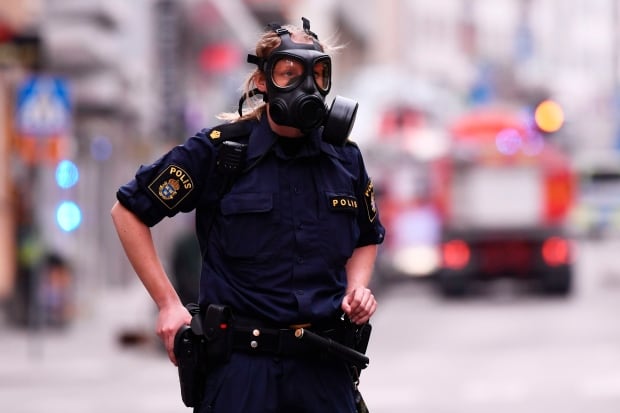 Swedish police said they received calls about a person who had injured others by driving a vehicle on the central Stockholm street of Drottninggatan. (Jonathan Nackstrand/AFP/Getty Images)

Live television footage on Friday showed smoke coming out of the store, which is part of a Sweden-wide chain. The building housing the Stockholm store includes several stores at street-level.

“We stood inside a shoe store and heard something … and then people started to scream,” witness Jan Granroth told the Aftonbladet daily. “I looked out of the store and saw a big truck.”

The most recent attack in Stockholm was on Dec. 11, 2010, when an Iraqi-born Swede, Taimour Abdulwahab al-Abdaly, detonated two devices, including one that killed him, in central Stockholm. 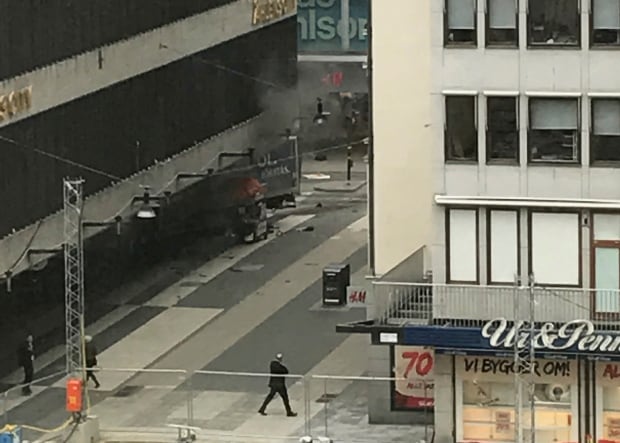 It was initially reported the truck crash injured several people.

Did you find apk for android? You can find new Free Android Games and apps.
Sharing is caring:
TERROR, sweden, stockholm, attack World News Comments Off on Terror attack in Sweden leaves a few dead, many injured Print this News