SUDAN: Teenage sentenced to death for killing husband who raped her 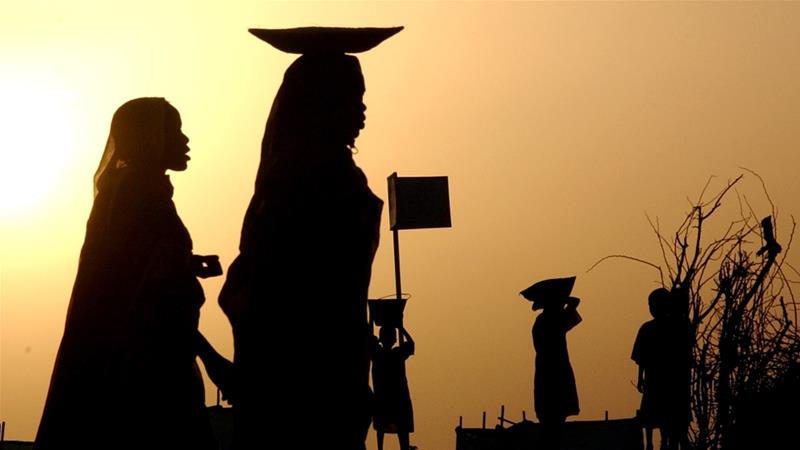 At 16, Hussein was forced by her parents to marry her cousin, forcing her to flee [File: AP]

Sudanese teen sentenced to death for killing husband after rape

AL JAZEERA – Noura Hussein, 19, was forced by her parents to marry her cousin three years ago, activists say.

Noura Hussein, a 19-year-old Sudanese woman, was sentenced to death by a court for stabbing to death a man she was forced to marry after he raped her.

The death penalty for Hussein was confirmed by a judge on Thursday after her husband’s family rejected financial compensation and insisted on retribution.

“The husband’s family received the verdict with claps of joy and cheering,” said Amal Habani, a Sudanese journalist and women’s rights activist who attended the hearing in Omdurman, Sudan’s second-largest city.

“But for Hussein’s supporters at the courtroom, the news was very distressing,” Habani told Al Jazeera.

Hussein’s legal team has 15 days to appeal the death sentence.

According to another human rights activist who also attended the hearing, large crowds of supporters for Hussein gathered outside the court to protest the verdict, but police violently dispersed them.

“People protested carrying signs and posters to show their disapproval of the verdict,” said Rasha Abualayla. “But the police snatched the posters out of their hands and even started beating some of them.”

Rights activists have campaigned on behalf of Hussein on social media and a #JusticeForNoura hashtag has trended on Twitter.
Underage, forced marriage

At 16, Hussein was forced by her parents to marry her cousin, according to activists.

According to members of the #JusticeForNoura campaign, Hussein was forced to sign the marriage contract in 2014. She then fled to a relative’s house in eastern Sudan before the wedding ceremony was completed.

Her father allegedly tricked her into returning to her husband. After six days of Hussein refusing his advances, he raped her with the help of family members who held her down, supporters say.

“She would not have sex with the man,” Sarah ElHasan, a rights activist, told Al Jazeera. “He recruited some of his cousins and brought them [to his] home where they held her down while her husband raped her.”

When Hussein’s husband attempted to rape her again, she stabbed him to death before returning to her family, who then handed her over to police.

“We will try to appeal the decision in the next 15 days… We are hopeful that it will be possible,” said a member of Hussein’s legal team, who asked not to be named because of the case’s sensitivity.

“Noura had lots of problems in her life and marriage, which should be taken into consideration… We are working on getting the judge to see those sides of the case.”

A teenager who was forcefully married and raped by her husband has been sentenced to death. Activists want #JusticeForNoura.

According to Habani, forced and child marriages in Sudan are an ongoing issue women’s rights activists have been trying to address.

“Like Noura, who was only a child when she got married, there are many child marriages and forced marriages in Sudan. The law doesn’t see that as illegal and neither does it consider marital rape so,” explained Habani.

“Noura faced a lot of violence from her family to marry a man she rejected from the start. Then she was beaten into submission by his family to consummate the marriage. Noura was a victim before she became a criminal. She shouldn’t have be handed down a death penalty.” —— AUTO – GENERATED; Published (Halifax Canada Time AST) on: May 10, 2018 at 04:40PM

Did you find apk for android? You can find new Free Android Games and apps.
Sharing is caring:
world news World News Comments Off on SUDAN: Teenage sentenced to death for killing husband who raped her Print this News