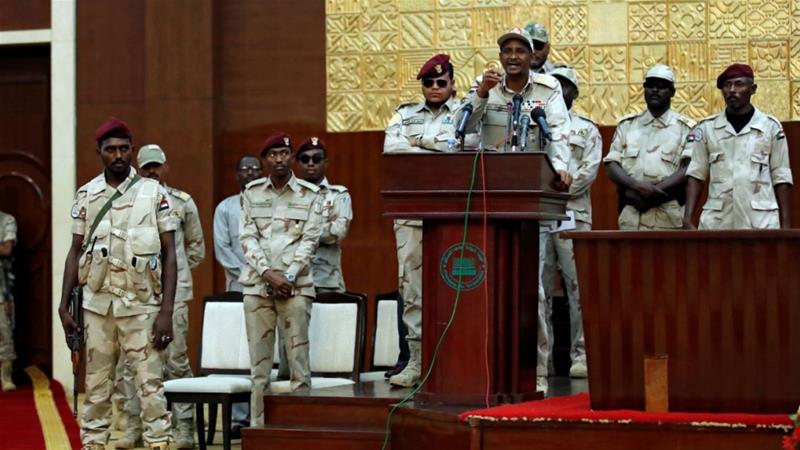 Sudan‘s Transitional Military Council (TMC) has sacked the country’s prosecutor general, days after charges of corruption were brought against overthrown President Omar al-Bashir as new protests got under way.

The official SUNA news agency reported on Thursday that Abdullah Ahmed would replace Alwaleed Sayed Ahmed as prosecutor general, but did not give any reason for the sacking.

Abdullah had recently been appointed prosecutor for Khartoum, a role in which he was overseeing an investigation into the June 3 bloody raid on a protest camp in the capital that killed scores of pro-democracy demonstrators.

Al-Bashir, on Sunday, appeared in front of another prosecutor to face charges of corruption and illegal possession of foreign currency.

Thursday’s announcement comes weeks after protesters were violently dispersed on June 3 by men in military uniforms who, according to witnesses, shot and beat demonstrators who had taken part in the weeks-long sit-in outside the military headquarters.

The council has said that the purge of the area, known as Colombia, was carried out only after a meeting of legal and security chiefs, which was attended by Alwaleed.

Last week, he told reporters he had attended the meeting but had left by the time the purge operation was discussed, saying: “In our presence, the dispersal of the sit-in was not even remotely discussed.”
Raid mastermind identified

At least 128 people have been killed since the June 3 crackdown, the majority on the day the sit-in was cleared, according to doctors linked to the protest movement that led to al-Bashir’s removal.

The health ministry gave a nationwide death toll of 61.

On Thursday, the TMC deputy head, General Mohamed Hamdan Dagalo, said that the mastermind behind the raid had been “identified” but said he would not reveal the identity due to an ongoing investigation.

“Whoever it is, whether from regular forces or a civilian, will be brought to trial. The investigation will be transparent and the trial will be public,” Dagalo, who is widely known as Hemeti, said.

Protesters say the crackdown was carried out by members of Hemeti’s feared paramilitary group, the Rapid Support Forces (RSF).

Hemeti defended his force and warned of impostor troops, saying anybody could wear the unit’s uniform which could be bought in the markets.

“We arrested a general yesterday for distributing IDs of the RSF,” he said, adding that 23 other individuals were arrested in the Red Sea city of Port Sudan for wearing the unit’s uniform and “checking people”.

“Anyone who had crossed his limits whether they are from the military or civilians, I swear to God, will stand trial,” Hemeti said in an address to a military-backed women’s rally in Khartoum.

The June 3 raid came after protest leaders and generals failed to reach an agreement over who should head a new governing body – a civilian or a member of the military.
New protests

Hundreds of Sudanese demonstrated in state capitals on Thursday, putting pressure on the TMC to cede power to civilians in ongoing tumult since the overthrow of al-Bashir more than two months ago.

They insist an internet blackout imposed after they launched a civil disobedience campaign this month be brought to an end.

They are also seeking an international probe into the killings and the acceptance of all earlier agreements reached in previous negotiations with the generals prior to the crackdown.

“We came out today because our revolution is still incomplete. Our main demand is civilian rule and I’m sure we will achieve it,” said Mohamed Khalil, a protester from Port Sudan.

Witnesses said dozens of employees from private companies and ministries, including oil and information, held silent demonstrations outside their offices in Khartoum.

Some carried banners that read “Murderers of June 3 must face trial”, a witness said. 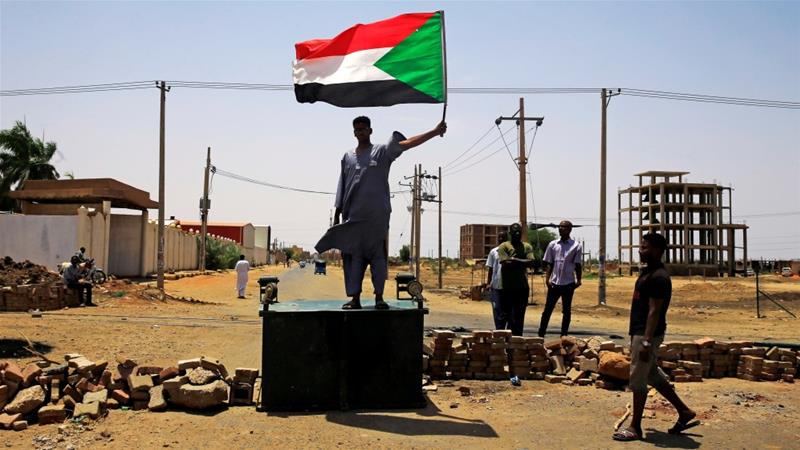 Clashes break out in Tunisia after protester dies of injuries