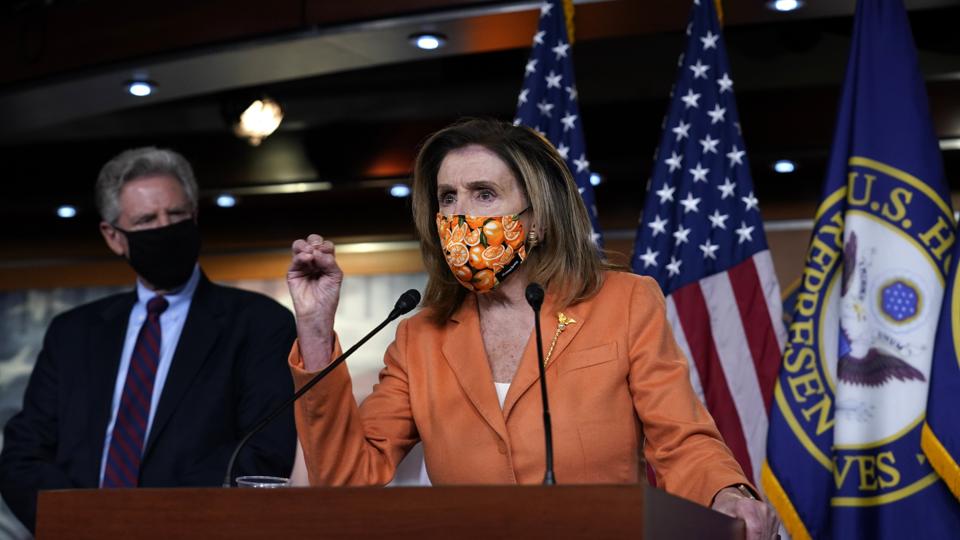 Shares of S&P 500 heavyweight Amazon, which makes up nearly 5% of the index’s total market value, fell 2% despite surging as much as 4% in pre-market trading after a Piper Sandler analyst estimated that the firm’s Prime Day sales grew about 50% year over year; the firm reports earnings Thursday.

The S&P was up 1.1% last week and has now climbed nearly 6% for the year; Goldman said Monday it expects the index will add another 3.3% before year’s end.

China reported weaker-than-expected third-quarter GDP growth of 4.9% on Monday, a clear sign the global superpower’s economy–and the only major economy the IMF predicts will grow this year–is still struggling to recover from the coronavirus pandemic.

The Shanghai Composite ended the day down .7%, while other global markets were mixed; the United Kingdom’s FTSE 100 is down .4% as of U.S. market open, and France’s CAC 40 edged up .2%.

CRUCIAL QUOTE
Despite surging coronavirus cases domestically and the lack of additional fiscal relief, the stock market is “benefiting from the success of a couple handfuls of primarily technology stocks that are benefiting enormously from the pandemic. Think Facebook, Netflix, Google and Microsoft,” said Moody’s Analytics Chief Economist Mark Zandi in a weekend note, adding that the pandemic is also concentrating market share into bigger companies (many of which trade on stock exchanges) at the expense of small businesses. “While not a macroeconomic concern—yet—old-fashioned speculation may be creeping in (think Tesla).”
18% of S&P 500 companies report earnings this week, mostly in the realm of staples and communication services, but also a few in big tech, Bank of America noted in a Monday research report. Procter & Gamble, Netflix and Snap are slated for Tuesday, while Tesla, Verizon and Las Vegas Sands are scheduled to release Wednesday. Amazon, American Airlines, Southwest Airlines, Chipotle and AT&T are all later in the week.
KEY BACKGROUND
House Speaker Nancy Pelosi (D-Calif.) doubled down on a 48-hour stimulus deadline in a Sunday appearance on ABC’s This Week, saying that the White House and top Democrats have until Tuesday to reach an agreement if they want to ensure another coronavirus relief package is passed before the November election. It’s unlikely, however, that negotiators will reach a deal by Tuesday, and Goldman, Bank of America and Moody’s all reiterated in recent days that a new stimulus package won’t likely come until after the election–most likely in the first quarter. The renewed urgency comes amid a new surge in coronavirus cases domestically, with at least 10 states all recording record-high case counts over the weekend.
TANGENT
ConocoPhillips confirmed Monday morning that it’s buying shale giant Concho in an all-stock deal valued at $9.7 billion–the largest transaction in the struggling oil industry since the start of the pandemic, but shares of the two firms fell with the broader market in Monday trading, ending the day down nearly 3% each.