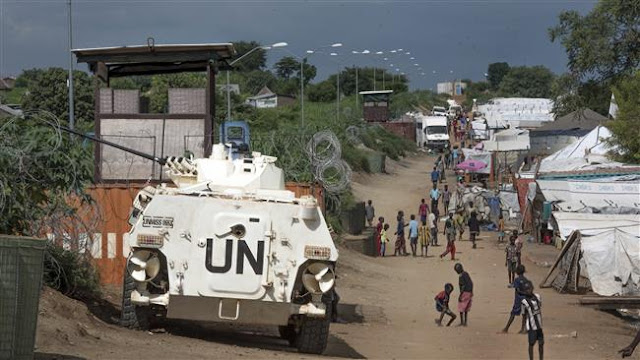 JUBA, South Sudan, April 10, 2018/ — The Humanitarian Coordinator for South Sudan, Alain Noudehou, has strongly condemned the killing of an aid worker in Bentiu, Unity, and called for the immediate and unconditional release of seven others abducted by an armed group in Morobo County, Central Equatoria.

Over the weekend, armed men shot at an NGO vehicle clearly marked with the Catholic Organization for Relief and Development Aid (CORDAID) logos, transporting five aid workers along Nhialdlu-Bentiu road, killing one national staff working for Hope Restoration, a national NGO. CARE International staff were robbed at gunpoint while travelling in the vicinity on the same day.

“Aid workers risk their lives every day to provide life-saving assistance to people in need in South Sudan. I strongly condemn the targeting of aid workers and demand that those responsible for these acts be brought to justice,” said Mr. Noudehou. “Our deepest condolences go to the families of the victims and the affected organisations,” he added.

At least 98 aid workers have been killed since the start of the conflict in December 2013. Most have been South Sudanese nationals.

In a separate incident in Central Equatoria on 25 March, seven national staff from SSUHA, a national aid organization, were taken by SPLA-IO forces while travelling in a 3-vehicle convoy from Kupera County to Lainya County. The convoy was delivering supplies to health centres serving thousands of people in need in Kupera, Limuro, Wuji and Koyoki.

Mr. Noudehou called for the immediate and unconditional release of the aid workers and strongly urged all parties to the conflict in South Sudan to ensure that the operating environment is conducive to the delivery of aid. He asserted that free, safe and unhindered access is essential to reach the millions of South Sudanese people in need. These events are a reminder of the dangers that humanitarian workers face in delivering assistance each day.