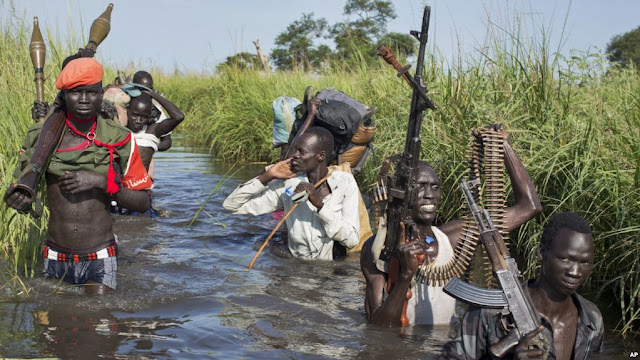 They had reportedly been sent to attack the rebel positions in Bieh State.

He said the fighters only armed with new AK-47 and 90 rounds of ammunition each decided to surrender to the SPLA IO without resistance.

“The SPLA IO welcomes these soldiers, but directs its forces to be alert as this exposed the negative intention of the regime against the SPLA IO in Akobo,” he added.

According to Lt Col Gabriel, prisoners of war who had been detained at the military intelligence and national security detention centres were also transported in a plane to reinforce the ground troops to attack the rebel positions in Adar State.

He went on: “The regime dispatched 75 soldiers in a plane to Pagak with the mission to reinforce the planned attack on SPLA IO positions and proceed to Maiwut. The 75 fighters are Prisoners of War (POW) picked from the Military Intelligence and National Security detention centres. Their deployment to Pagak is not an integration or a release but an indirect capital punishment to be executed during this planned attacks.”