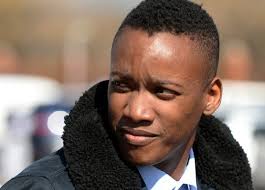 ‘It is done, there is nothing more I can say’ – Phumzile Dube’s mom on Duduzane Zuma’s acquittal

After a five years of attending the trial, the family of the late Phumzile Dube left the Randburg Magistrate’s Court disappointed on Friday.

This after the court acquitted the son of former president Jacob Zuma, Duduzane Zuma, on a charge of culpable homicide and negligent driving.

While delivering his judgment, Magistrate Tebogo Thupaatlase said the State had failed to prove its case that Zuma was driving negligently, nor shown what he could have done to avoid the tragic accident which claimed the life of Dube on February 1, 2014.

Thupaatlase said that the State had failed to prove that Zuma acted negligently when his Porsche 911 veered toward a minibus taxi during the fatal crash on the M1 highway.

“There is no evidence showing what the accused should have done to avoid aquaplaning. There is no evidence available to the court to find the speed which might have set a reasonable driver to have reduced the speed in order to avoid the puddle of water. It is therefore found that the State failed to prove its case,” Thupaatlase ruled.

While former president Zuma and other family members walked out of court smiling, it was a sombre moment for the Dube family.

Zuma said in court that he was happy that his son had been acquitted.

Dube’s mother, Adina Dube, however, had few words to express her disappointment.

” Kuphelile manje, akukho engingakukhuluma ,” (It is done, there is nothing more I can say) she told the media outside the court.

Thupaatlase said the court had not been convinced by State’s witness Matron Noni Mdakane’s evidence.

Mdakane was one of the passengers in the minibus taxi. Her court testimony about the crash was found to be full of inconsistencies.

The magistrate said she had also failed to answer questions during cross-examination, which led to her testimony being questionable.

Reacting to the judgment, Mdakane said she was happy that the case was finally over, even though the verdict was against them.

“The day of the accident was a very difficult one. I feel well, as long as it is over. I am at peace because there is nothing more we can do,” she said.

However, Mdakane said she was disappointed that the court had failed to find a way of allowing the families to reconcile and move on.

The National Prosecuting Authority said it respected the court’s decision and believed that the presiding officer had applied his mind when preparing his judgment.

“We believe that it is a fair judgment. It has considered the facts brought before the court in its entirety,” NPA spokesperson Phindi Mjonondwane said.

She said it was unlikely that the State would appeal the judgment, as prosecutor Yusuf Baba was of the view that the decision was fair.

“At the end of the day, justice seeks to uncover the truth, and we believe that has been achieved,” Mjonondwane added.

AfriForum said in a statement that it was satisfied with Friday’s ruling.

“AfriForum’s aim was to make sure that Zuma Jr stated his case in a court for judgment, just as any other citizen against whom a prima facie case exists. AfriForum achieved this goal and abides by the court’s decision,” Elias Maangwale, investigator in AfriForum’s Private Prosecution Unit, said.

The NPA initially decided not to prosecute Zuma. It reversed its decision after AfriForum said, in April 2018, that it would seek a private prosecution.