Soupy Study: Minestrone Could Be A Secret Weapon Against Malaria 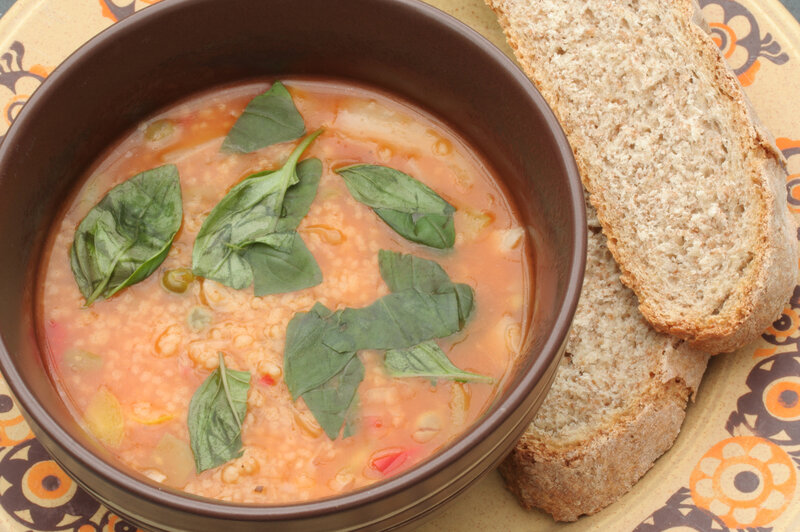 It could be that malaria-carrying parasites are rendered less potent by minestrone.hmproudlove/Getty Images


Bring in some soup.

The unusual homework assignment at London’s Eden Primary School was for a science week project cooked up by parent Jake Baum. He’s a professor of cell biology and infectious diseases at Imperial College London, and his lab’s job is to find new ways to combat malaria, which kills half a million children each year.

Baum figured he could teach young students about the process of medical research through something both tasty and understandable: the go-to soup recipes their families use when someone gets sick.

“What makes a good medicine versus hocus-pocus?” explains Baum, who regularly preps his own favorite home remedy, something he calls “Jewish grandmother’s chicken soup.”

“It was not the plan to discover anything,” he adds.

Sixty students transported their soup submissions to school in 15 milliliter plastic tubes. That’s about 1 tablespoon. The soup was frozen, thawed (standard practice for samples) and then (much to the children’s delight) centrifuged — spun in a machine to separate different substances.

At the next step, filtration, four samples were determined to be too dense or oily to test. Although they were likely delicious, they didn’t make it to the lab stage, where the remaining 56 samples were tested in two ways against the P. falciparum parasite — the species responsible for 99% of malaria deaths.
Article continues after sponsor message

First, researchers checked what effect the soups had on asexual growth during the disease-causing stage. Or, to put it in primary school terms, they were looking through the microscope for the color green.

“More green means [the parasites are] happy. With an inhibitor like a drug, it’s less green,” Baum says. They followed up by checking on male parasite sexual development, which is responsible for disease transmission. For that, they recorded the movement of the parasites because, as Baum notes, “sperm wiggle.”

To Baum’s surprise, with five of the soups, the color green was much dimmer — five of them were able to suppress growth by over 50% (and two of these even did about as well as a leading antimalarial, dihydroartemisinin).

In other soups, there was a lot less wiggling. Four were found to have blocked transmission activity by more than 50%.

The answer turned out to be another teachable moment for the students, ages 4 to 11, who participated in the study. Although the results were collected within a few months, it took two years for the work to get published. Another Eden Primary parent, pediatric nephrologist Stephen Marks, helped pitch the study to journals and championed the idea that the children of the school should be listed as authors — which they were when the study was finally released in November in the Archives of Disease in Childhood.

“Every kid can say they’ve had their first scientific paper,” says Baum, who jokes that some may want to turn it into a paper airplane.

But it was a project they’re likely to remember, notes Susanna Daniels, another parent/scientist, who also happens to be a soup enthusiast. As soon as her two children in the school came home to tell her about the experiment, there was some hypothesizing going on. “Our oldest was most disappointed because I’m a pescatarian. She was anxious our soup would fail because it wasn’t chicken soup,” explains Daniels, who opted to make her mother’s veggie minestrone, loaded with cabbage, carrots, celery and tomato.

Turns out, that combo did especially well in the study, accounting for two of the samples that helped block transmission activity. “It wasn’t a fluke finding because it was duplicated in both samples,” Daniels says. The kids were thrilled to get the news, she adds. “They wanted to ring my mum straight away. She was quite bemused by the whole thing.”

It’s not so far-fetched to search for medical breakthroughs in your grandma’s or great uncle’s kitchen concoctions, Baum says, pointing to the scientific literature extolling the curative properties of chicken soup. (Research studies like this one suggest that it curbs some symptoms of upper respiratory tract infections.)

In terms of malaria treatment, the original lifesaving medicine was quinine, found in the bark of the South American cinchona tree. Today, the most commonly recommended anti-malaria drugs are derived from the artemesia plant (aka wormwood), which has been prescribed in traditional Chinese medicine for over 1,000 years. As Baum says, “Nature can produce fantastic molecules.”

Pinpointing what exactly it was about these specific soups that had an effect would take years of additional research. For starters, it’s hard to even tell what was in them. A bright red one probably contained beets, and a lot of them smelled like chicken. But students were never asked for a list of ingredients. Even though some kids had written information on the plastic tube samples they submitted, “when we wiped the tubes with ethanol, we lost the recipes,” Baum says.

No one is claiming that these soups offer a promising pathway to a cure. “I’m using a lot of ‘could, would, possibly,’ ” notes Baum, who doesn’t have current plans for more soup experiments. But if he did — and the resources were available — he’d love to see it performed globally. Although the Eden Primary students come from diverse ethnic backgrounds, Baum says, they’re all doing their grocery shopping in London. They can’t pluck a leaf from a particular kind of bush the way kids in other parts of the world might.

Building on local knowledge is vital in malaria research, agrees Stephanie Yanow, a global health professor at the University of Alberta, who was not involved in the soup study. “We’re at a difficult point — every intervention we’ve tried, the parasite is always ahead of the game. Malaria numbers are going up in some places. There’s drug resistance. The vaccine we have isn’t very effective,” she says. “We need to think outside the box and use more unconventional methods.” 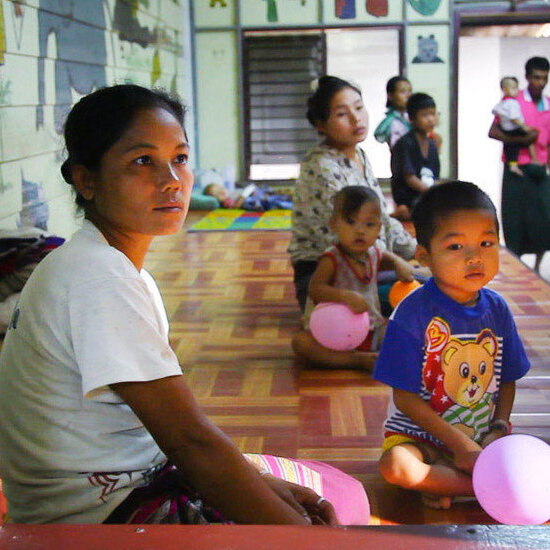 What struck her about the project was how well it engaged kids and their families and encourages “citizen scientists,” or people without formal scientific training, to get involved in research.

And it’s definitely made Yanow wonder what mysteries await in her minestrone. “There’s a reason we think of it as a comfort food,” she says.