SOMALIA: US airstrike in Somalia against al-Shabab kills 10 fighters 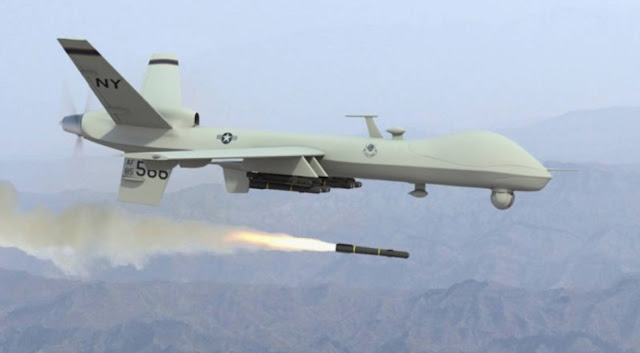 MOGADISHU (FOXNEWS)  – The U.S. military says it has carried out an airstrike outside Somalia’s capital that killed 10 extremists.

The U.S. Africa Command says it has carried out 14 such airstrikes so far this year against the al-Qaida-linked al-Shabab extremist group, which continues to hold some rural areas of the Horn of Africa nation.

Dozens of U.S. airstrikes were carried out last year after the Trump administration approved expanded military operations against al-Shabab, which was blamed for an October truck bombing in Mogadishu that killed more than 500 people.

The new statement says the U.S. military assesses that no civilians were killed in Wednesday’s strike about 15 miles southwest of Mogadishu. The U.S. has faced accusations in recent months of killing civilians in joint operations with Somali forces against al-Shabab.

Did you find apk for android? You can find new Free Android Games and apps.
Sharing is caring:
somalia, Al-Shabab, US strike Somalia Comments Off on SOMALIA: US airstrike in Somalia against al-Shabab kills 10 fighters Print this News

US Troops to Withdraw From Somalia Amid Ongoing Terror Threat