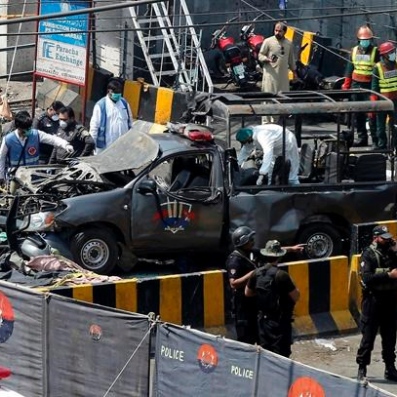 MOGADISHU, Somalia (Associated Press) — Police in Somalia say a suicide bomber has walked into the office of Mogadishu’s mayor during a security meeting and detonated explosives strapped to his waist.

There is no immediate information about other casualties in Wednesday’s blast in the capital. Police Col. Mohamed Abdi confirmed the attack to The Associated Press.

It is not clear how the bomber managed to enter the mayor’s office or what officials were attending the security meeting.

The Somalia-based group was chased out of Mogadishu years ago but still controls parts of the Horn of Africa nation’s south and central regions and is a frequent target of U.S. airstrikes.

SOMALIA: US airstrikes kill 10 militants after attack on EU convoy, US base