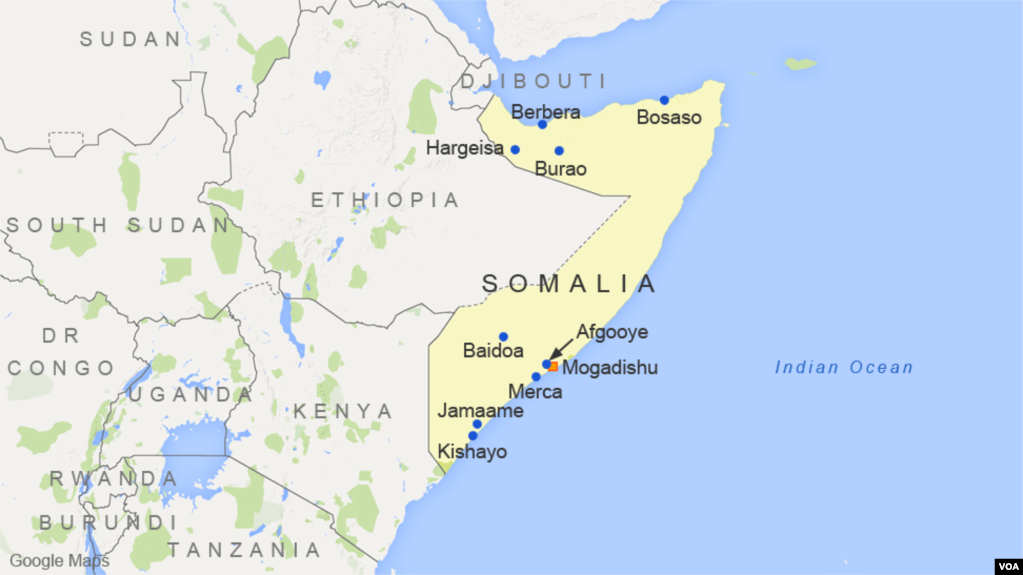 The clashes in central Somalia Saturday started after armed al-Shabab militants tried to impose taxes on residents of Halfoley, a rural village near the town of Jalalaqsi, in the Hiran region.

“The battle erupted at around 7 a.m. local time when heavily armed militants attacked the villagers after refusing an earlier order by militants in which they asked local pastoralists to hand over some of their livestock as a zakat demand, or tax,” said Guure. “Government army forces, sent there to protect the pastoralists, immediately joined the battle, killing at least 13 militants.”

Somali government officials in the region said other units of the Somali national army had moved into other villages in the region to prevent militants from re-organizing and counter-attacking pastoralists.

Multiple Independent witnesses contacted by VOA confirmed the government claim, saying they saw the bodies of at least 13 militants. Two local pastoralists also were injured during the battle.

In a separate incident, a blast in a market in the Bulomarer District, some 150 kilometers south of Mogadishu, where African Union peacekeepers from Uganda are stationed, left four civilians dead and five others injured.

“An explosive device apparently planted in a livestock market went off, killing four innocent civilians and five others were injured,” Muhidiin Khalif Aliyow, a local official in the town told the VOA Somali Service.

“I heard an explosion, and minutes after looked outside and saw a kiosk in flames and the dead bodies of four civilians and several cattle,” a witness told VOA on the condition of anonymity.

The blast occurred in mid-afternoon, as some government forces were checking cars at a nearby military post.

It was not immediately clear who was behind the blast, but local security officials blame al-Shabab, a terrorist group.

On Wednesday, an explosion killed at least 10 people and wounded 15 in a market where the stimulant leaf khat is sold in the town of Wanlaweyn, in the same Lower Shabelle region, about 90 kilometers to the northwest of the capital, Mogadishu.

Somali government officials have warned repeatedly this week about the possibility of increased terror attacks by militants during the Islamic holy month of Ramadan.

The clashes and the al-Shabab blasts against civilians, however, came as the pastoralists and habitants in the southern regions already are struggling with heavy rain and flooding.

On Friday, the U.N. Office for the Coordination of Humanitarian Affairs (OCHA) said the heavy rain in Somalia’s Juba and Shabelle river basins continued to cause flooding, displacing an estimated 220,000 people.

Did you find apk for android? You can find new Free Android Games and apps.
Sharing is caring:
TERROR, Al-Shabab Somalia Comments Off on SOMALIA: 13 militants, 4 Civilians Killed in Market Blast, Fighting Print this News