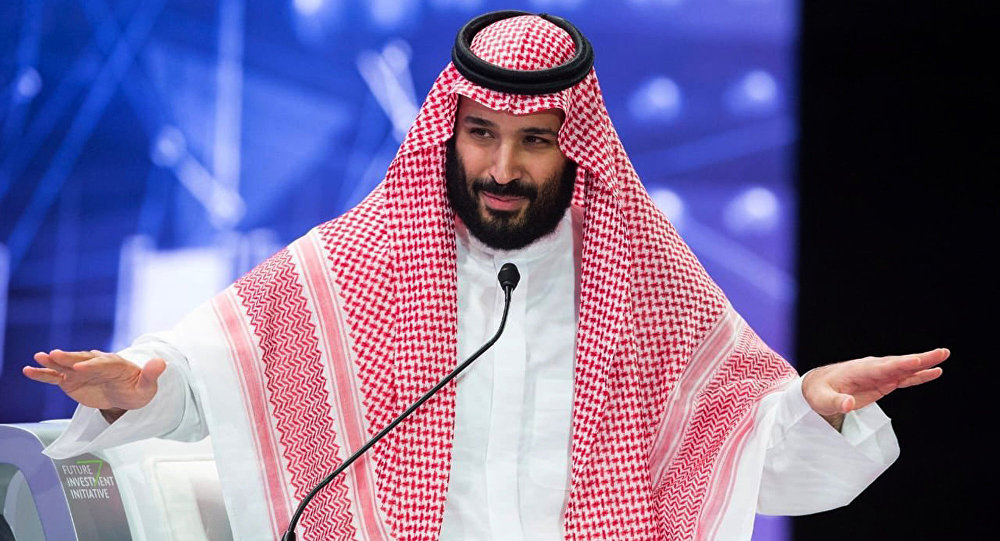 Jamal Khashoggi, a Washington Post columnist of Saudi descent, was killed in what Riyadh called “a rogue operation” in the Saudi consulate in Istanbul, having last been seen there on 2 October last year as he was obtaining the documents he needed to get married.

Saudi Arabia’s crown prince has said he “gets all the responsibility” over the killing of journalist Jamal Khashoggi last year, noting “it happened under my watch,” according to a preview of a PBS documentary which will, as Reuters reported, be broadcast on 1 October under the title “The Crown Prince of Saudi Arabia”.

An apparently off-camera exchange with PBS’s Martin Smith, which took place in early December and underlies the preview to the documentary, is the first time Mohammed bin Salman has spoken out on the murder inside the Saudi embassy in Istanbul, which sparked a global uproar last autumn.

Saud al-Qahtani, a former top royal adviser whom Reuters reported gave orders over Skype to the killers, informed the hit team on Khashoggi and his activities, which included his work as a columnist for the Washington Post, before the operation, the prosecutor said.

When asked how the murder could happen without him being aware of it, Smith quoted Prince Mohammed as striking back that his nation has “20 million people, 3 million government employees.”

Smith then asked in where the killers could have boarded private government jets. Bin Salman, second in line to the Saudi throne, who is commonly seen now as the de factor Saudi ruler, replied:

“I have officials, ministers to follow things, and they’re responsible. They have the authority to do that.”

According to a UN report by Agnes Callamard, a UN special rapporteur on extrajudicial, summary or arbitrary executions released in June, the death of journalist Jamal Khashoggi was a premeditated extrajudicial murder for which Saudi Arabia is responsible “under international human rights law”. However, Saudi Arabia’s minister of state for foreign affairs Adel al-Jubeir defied the UN report findings, labelling them as “baseless allegations”.

“Nothing new…,” tweeted Adel al-Jubeir before continuing: “The report of the rapporteur in the human rights council contains clear contradictions and baseless allegations which challenge its credibility.”

Although Callamard’s report appeared in a UN Human Rights Council release, it is not an official document from the UN body, but rather a summary of the rapporteur’s findings.

Callamard requested that UN Secretary General Antonio Guterres open a global criminal investigation based on her report. Adel al-Jubeir hit back arguing Riyadh had provided a progress report on the Khashoggi case to the UN High Commissioner for Human Rights and threatened to take action against the alleged falsehoods and inconsistencies of Callamard’s report.

Jamal Khashoggi disappeared on 2 October 2018 after entering the Saudi Consulate General in the Turkish city of Istanbul to obtain papers he needed to get married. After weeks of concerns that he could have been kidnapped or killed inside the consular premises and searches of the building by Turkish police, the Saudi prosecutor-general confirmed his death.

The journalist died in an altercation with people who met him inside, and, according to the Istanbul prosecutor, his body was dismembered after he was strangled to death, with its whereabouts still unclear.

Riyadh has repeatedly denied the royal family’s involvement in the incident, branding the killing a “rogue operation”. Saudi authorities subsequently charged 11 people for the crim

Did you find apk for android? You can find new Free Android Games and apps.
Sharing is caring:
Jamal Khashoggi Jamal Khashoggi Comments Off on Saudi Crown Prince MbS opens up about Khashoggi murder Print this News

« Uganda announces 5 new blocks for second oil,gas licensing roundC (Previous News)
(Next News) Ex-French President Chirac, who stood up to US, dies at 86 »