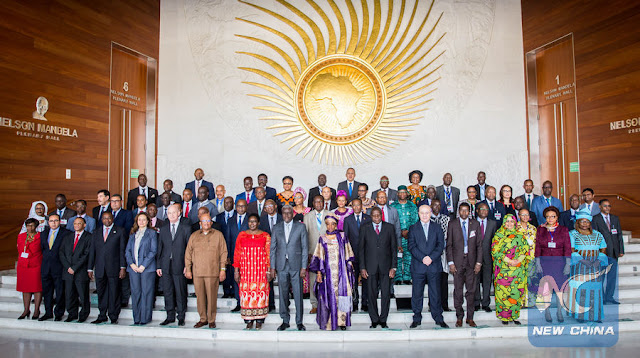 DAVID HIMBARA (THE MEDIUM) – On April 4, 2018, The Rwandan Senate which is usually docile, dropped a bombshell. In the event of climate change-related failures such as famine, there would be no food to feed the people of Rwanda.

The Rwandan Senate has discovered that Rwanda’s national grain strategic reserve which is supposed to store 200,000 tonnes of grains is empty. Presently, there isn’t enough grains to feed the country for at least three consecutive months. This is a conventional minimum requirement.

As The New Times, reported, the senators declared that ”most of the national granaries are empty.” The Senators discovered this after a countrywide tour by the members of the standing committee on economic development and finance.

Well and good. But how do you achieve these objectives if the country cannot survive a famine?
While Kagame engages in delusional grandeur of building the African Union, he is naked at home

Kagame recalls The Emperor’s New Clothes by the Danish author Hans Christian Andersen. The story is about a delusional emperor who cared about little else except wearing fancy clothes. The vain ruler hired weavers who promised him they will make him the best clothes ever. The weavers were con-men who convinced the emperor they were going to use a fine fabric invisible to anyone who was ”either unfit or is hopelessly stupid”. But the con-men did not in fact make the clothing – they pretended they did. The con-men then pretended to dress the ruler. Of course, no one — not even the emperor could see the alleged “clothes.”

And so it is with Kagame. He boasts that he is achieving spectacular results across the continent. Everyone keeps admiring his ”achievements.” But he cannot feed his own country because he is obsessed with fancy buildings and palm-tree lined roads in the capital city of Kigali. The question is — who is the innocent child that will inform Kagame that he is naked? AUTO – GENERATED; Published (Halifax Canada Time AST) on: April 06, 2018 at 12:55PM

« UGANDA: How digital agriculture is helping grow the middle class (Previous News)
(Next News) UGANDA: Many Ugandans Moving to Kenya to Escape Violence and Brutal Kidnappings »

Rwanda government to take over land which is unregistered by December 30, 2020