May said the 23 diplomats who had been identified would be expelled under the Vienna Convention and had one week to leave the country.

May addressed parliament on Wednesday after chairing a national security meeting called in response to British military lab findings that a variant of the Soviet-era nerve agent Novichok was used against ex-spy Sergei Skripal and his daughter Yulia some ten days ago. The two remain in critical condition.

Read more: Opinion: Dealing with Russia, Theresa May finds herself alone at home

May said the UK would suspend all high-level bilateral contact with Russia, saying Russia’s response had “demonstared complete disdain for the gravity of these events.”

The biggest expulsions from London in 30 years would “fundamentally degrade Russian ilteiligence capability for years to come,” May said.

“We will freeze Russian state assets wherever we have the evidence that they may be used to threaten the life or property of UK nationals or residents,” she added.

A midnight Tuesday deadline set by May for an explanation passed without a response from Russia.

Moscow has denied any involvement in the attack on the ex-spy in Salisbury, southwest England.

Russia has said it would cooperate, but demanded Britain provide samples of the nerve agent. Russia wants 10 days to respond. 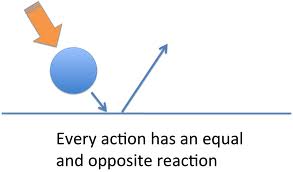 6/7 Any threat to take “punitive” measures against Russia will meet with a response. The British side should be aware of that.

The Russian Embassy to the UK said any punitive measures “will meet with a response.”

The United States, EU and NATO have said they stand with Britain.​​​​​​​