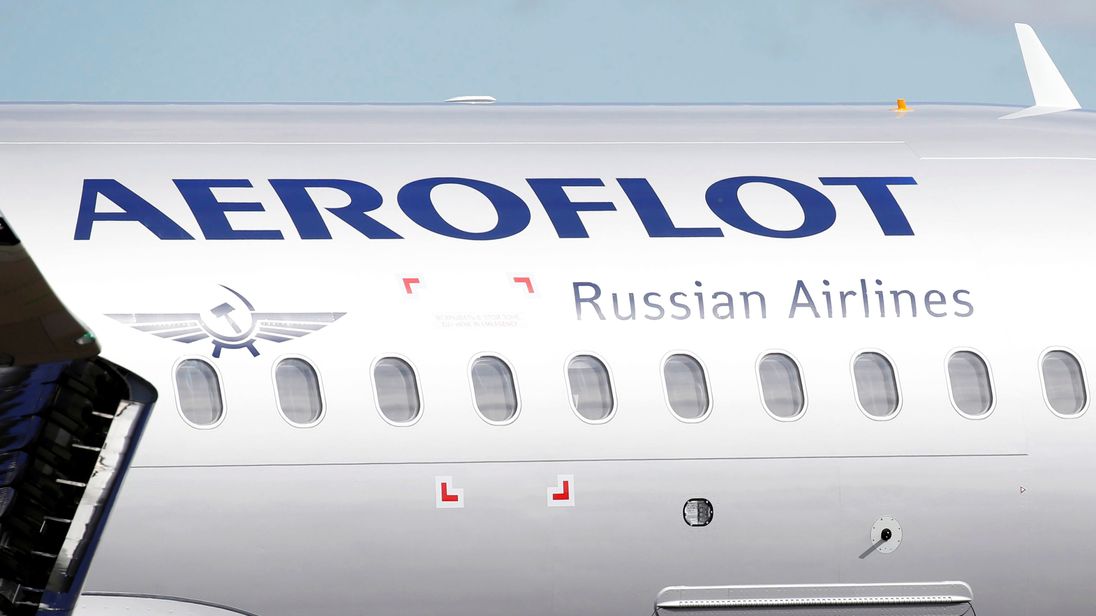 Image:An Aeroflot plane has ‘been searched’

Russia claims UK authorities searched one of their planes at a London airport in what they called the “latest provocation”.

The Metropolitan Police denied the force had inspected an airbus that had landed at Heathrow having departed from Moscow.

It said: “We are aware of a story circulating on social media. Please be advised that Metropolitan Police are not conducting a search of an Airbus inbound from Moscow at Heathrow.”

We are aware of a story circulating on social media. Please be advised that Metropolitan Police are not conducting a search of an Airbus inbound from Moscow at Heathrow.

The Russian Embassy in the UK said in a statement: “Today, we have witnessed another blatant provocation by the British authorities.

“Border Force and Customs officers have searched the aircraft that was conducting the Aeroflot flights 2582 / 2583, Moscow – London – Moscow.

“This kind of event is extraordinary.”

They also alleged British officials had tried to search the plane in the absence of the crew.

“After an Embassy officer arrived at the airport long negotiations were conducted that allowed to ensure the right of the captain to be take part in the search,” they added.

“After the search was over, the British officers refused to provide any written document that would specify the reasons for their actions, their legal foundation and their outcome.

“Our attempts to get in touch with the Foreign Office in order to clarify the reasons of the inappropriate behaviour of British officials did not bring fruit. The Embassy has sent a diplomatic note demanding the British side to provide explanations of the incident.

“Of course, we will carefully analyse what has happened. At this moment, we have no other explanation but that the incident at Heathrow is in one way or another connected with the hostile policy that the UK government is conducting with regard to Russia.” 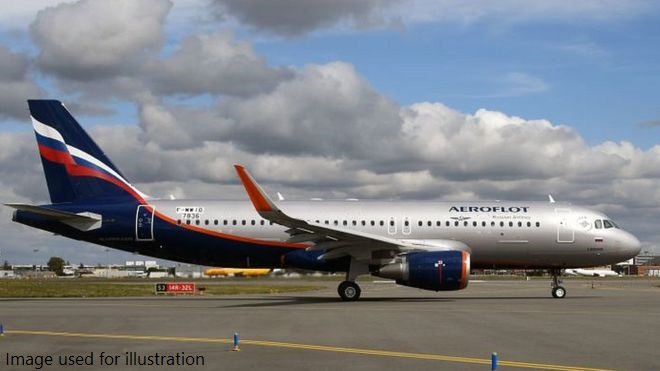 Search of @aeroflot plane at @HeathrowAirport was a blatant provocation.

Read why: https://www.rusemb.org.uk/fnapr/6445 The news comes as Russia continues to expel foreign diplomats in a tit-for-tat response to countries across the world sending home Russian diplomats in solidarity with Britain following the nerve agent attack in Salisbury.

Russia faces mass expulsions of its diplomatic staff around the world, with more than 150 sent back from 25 countries, and NATO.

Britain’s ambassador to Russia was been summoned to the country’s foreign ministry for talks – as were ambassadors from other nations, including Germany, Italy, Poland and France.

Laurie Bristow confirmed the UK had been given one month to cut its diplomatic mission to Russia to the same size as the Russian mission to Britain.

He said: “It is important to remember why this crisis has arisen in the first place.

“It’s the use of a chemical weapon on the streets of the United Kingdom that has threatened the lives of a number of people in my country. We asked certain questions of the Russian state and have not received adequate answers.”

Ms Skripal is understood to be conscious and talking having been poisoned with novichok while visiting her father in Salisbury.