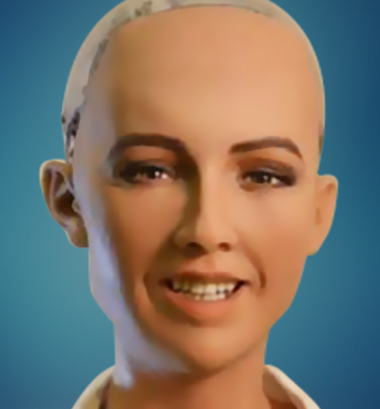 World famous Robot Sophia has snubbed an invitation to Uganda citing the Ebola situation in the country.

Sophia was expected to present at the Africa Blockchain Conference which kicked off today 3rd July at Serena Conference Centre in Kampala.

The humanoid robot was expected to grace the Tech Expo that will take place with other notable personalities like President HE Yoweri Kaguta Museveni and the Sierra Leone President, HE Julius Maasa Bio.

President Bio who was the chief guest gave the keynote address chronicling the importance of technology in development.

Notably missing on the panel was Sophia and organizers told edge.ug she couldn’t make it because her makers are concerned about the Ebola scourge that has ravaged Kasese district in Western Uganda.

“We regret to inform you that Sophia, the robot will not be here with us. She couldn’t come but she will present tomorrow online,” said one of the organizers.

Sophia which uses artificial intelligence, facial recognition and visual data processing to function was developed by Hanson Robotics and introduced to the world in February 2016.

Sophia can display more than 50 facial expressions and was the first non-human to be given any United Nations title (United Nations Development Programme’s first-ever Innovation Champion for Asia and the Pacific) is also the first robot to receive citizenship of any country.