RELIGION: Speak for your faith 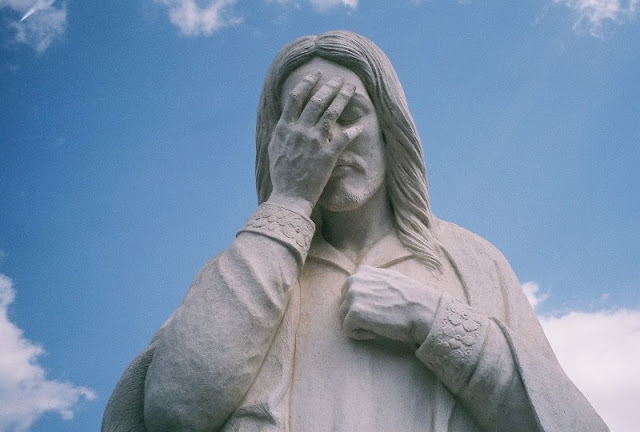 Our IT team in Toronto used to go out for one lunch weekly.  The rest of the week, we all packed our lunch.

Packing lunch daily is abnormal in Uganda. Most everyone buys lunch. That is how they get poisoned.  Not the point of this story.

One day when our IT team was ought in a restaurant, a religion fight broke out.

Paul (Hong Kong) “why do you Chritians annoy us? You are always happy”.

The thing is Paul had just bought a high end Mercedes so we did not understand why he was unhappy.

Mike Lee (South Korea) jumps in to speak about why Christians are usually happy.

Lester (Japan) tries to save the day because by this time it is atheist vs commited Christians. It is not easy to belittle a guy who just paid $100,000 for a car.

Lester: “what is Martha’s opinion?”

MARTHA: “Which one is gonna pay for my lunch?”

The waitress had been watching. She immediately handed each of us our bill.  No one paid my bill.

And you think I will talk about religion. Pay my bills first.

MARTHA LEAH NANGALAMA
One time when Ghandi visted Mother Theresa in the slums of Kulcatta, she asked him “if you love Jesus this much, why do you not convert to Christianity?”

Ghandi replied “because of Chritians. If Christians followed the teachings of Jesus, there would be no other religion”.

Christians are the reasons why people seek other religions. We are hypocrites, pretentious liars and now known as pedophiles.

Did you find apk for android? You can find new Free Android Games and apps.
Sharing is caring:
religion Religion Comments Off on RELIGION: Speak for your faith Print this News