OTTAWA (CANADIAN PRESS)  — Pope Francis will not apologize to residential school survivors and their families for the role the Roman Catholic Church played in operating the schools or the abuses suffered by their students.

A papal apology was one of the 94 recommendations from the Truth and Reconciliation Commission and during a visit to the Vatican last year, Prime Minister Justin Trudeau personally asked the Pope to consider such a gesture.

The commission recommended an apology similar to that offered by the Pope to Irish victims of sexual abuse in 2010. In 2015, Pope Frances issued an apology in Bolivia to Indigenous peoples in the Americas for the “grave sins” of colonialism.

Bishop Lionel Gendron, president of the Canadian Conference of Catholic Bishops, today released a letter to the Indigenous Peoples of Canada saying Pope Francis has not shied away from acknowledging injustices faced by Indigenous peoples around the world, but that he can’t personally issue an apology for residential schools.

The Holy Father is aware of the findings of the Truth and Reconciliation Commission, which he takes seriously.Bishop Lionel Gendron

“The Catholic Bishops of Canada have been in dialogue with the Pope and the Holy See concerning the legacy of suffering you have experienced,” Gendron wrote. “The Holy Father is aware of the findings of the Truth and Reconciliation Commission, which he takes seriously. As far as call to action #58 is concerned, after carefully considering the request and extensive dialogue with the bishops of Canada, he felt that he could not personally respond.”

Assembly of First Nations National Chief Perry Bellegarde said in a statement he has written to Pope Frances urging him to come to Canada and meet Indigenous peoples. He is also seeking a direct meeting with the Pope to discuss the issue further. 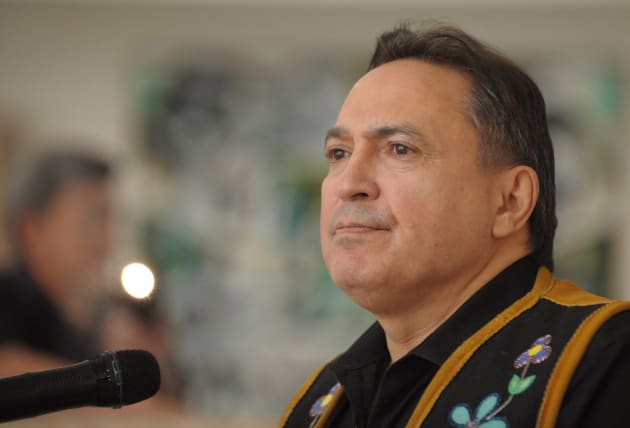 “Hearing an apology directly from Pope Francis would be an important act of healing and reconciliation, much like his apology delivered to the Indigenous peoples of the Americas in 2015,” Bellegarde said.

Trudeau’s office redirected questions about this latest development to Crown-Indigenous Relations Minister Carolyn Bennett, who said Canada won’t give up on the idea yet.

“The commissioners recommended this as an important part of healing reconciliation for the survivors,” Bennett said in an emailed statement. “We will continue to advocate for this call to action.”

For more than a century, the federal government’s church-run residential schools operated in an effort to assimilate Indigenous children by forcing them into schools where they were not allowed to speak their languages or engage in Indigenous cultural practices. Almost two-thirds of the 130 schools were run by the Catholic Church.

Between the 1880s and the time the last school closed in 1996, more than 150,000 Indigenous children attended, many of whom reported being physically, sexually and psychologically abused at the hands of priests, nuns or other teachers.

Canada apologized for the schools in 2008, and the Truth and Reconciliation Commission was born out of a negotiated settlement agreement that included compensation for survivors. March 28, 2018 at 04:35PM