REFUGEE: “Dying was better than living as refugee in Libya”

“They were tortured with water, with sticks, not given food: they looked like dead men walking.”I paid a total of about $4,000 for the trip from Eritrea to Libya, which was good. Others paid up to $10,000. 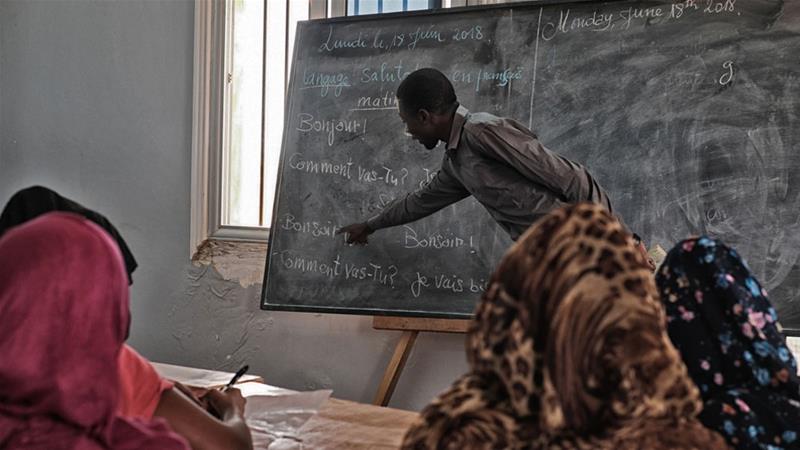 The UNHCR chief travels from Libya to Niger, where asylum seekers wait to be resettled in Europe or North America.

NIAMEY (AL JAZEERA) – In the early hours of Wednesday, 122 refugees, mostly nationals of Eritrea and Somalia, landed at Diori Hamani Airport in Niamey, Niger’s capital.It is the UN’s World Refugee Day, and Filippo Grandi, the United Nations’ high commissioner for refugees, is on the same flight, leaving from Tripoli in Libya.

“These are emotional days, that I will never forget,” Grandi told Al Jazeera by phone, while waiting to board.

A few hours earlier, the refugees were still detained in one of Libya’s more than 30 official migrants detention facilities, in the suburbs of Tripoli.

In Niamey, 2,500km south of the Mediterranean coasts, these newly arrived refugees will be hosted in some of the 18 transit houses opened by the UN Refugee Agency (UNHCR) from November 2017 onwards, together with an Italian NGO, Coopi. Here, in the sandy roads of the growing capital city of the second world’s poorest country, they will wait to be resettled to Europe or North America.

Baptised as the “Emergency Transit Mechanism”, the programme aims at bringing to Niger the most vulnerable among 53,000 refugees registered by the UN in Libya in the last year.

A total of 1,409 have reached Niamey, including the group which landed on June 20.

In the same time, 173 have left to France, the Netherlands, Sweden and Switzerland.

The emergency programme “is a good solution”, says Grandi, but he admits that “things are moving too slowly”.

“In the midst of harsh political debates about migration in Europe, this flight wants to send a strong message to world leaders: solution for refugees are at hand, we only have to act.”
We knew it wouldn’t work, but dying was better than living in Libya.

As one of the most recent cases to be evacuated from Libya to Niger, in late May 2018, 33-year-old Ammy, a mother who requested not to use her full name, has an entire notebook of stories to tell.

She is Eritrean and as she arrives at the UNHCR hub in the Issa Beri central district, she holds the book tight in a plastic bag.

“I write every day, it helps me to overcome what I’ve been through”, she says.

The stores, she explains, are “houses or former industrial facilities where refugees are locked by traffickers”.

In 10 months, she went through more than a dozen.

Every time, she and her companions were beaten, abused and asked for more money to continue the travel.

“We were in Sabratha when a fight between rival militias started,” she says. “Militiamen from a rival group stormed our store, destroyed everything and kidnapped us again.” 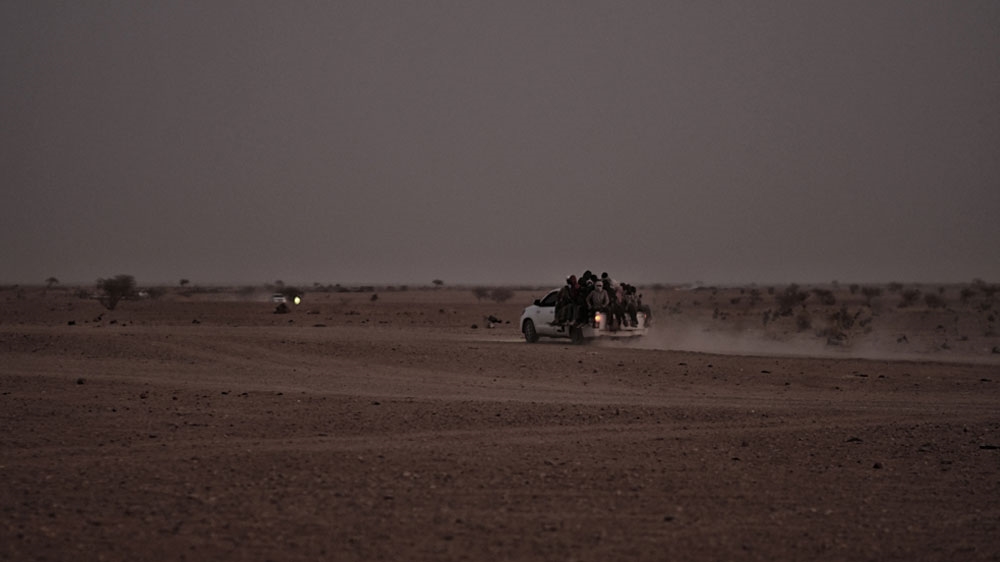 For three weeks, she and other 200 Eritreans could only eat bread.

Later, they were moved to Garabulli, east of Tripoli, and forced on a small inflatable boat.

“We knew it wouldn’t work, but dying was better than living in Libya,” she says.

Still, with the first light of the day, a Libyan coastguard ship intercepted them.

“Men jumped [in the] sea, terrified to go back,” she recounts.

Ammy’s next stop was the Tajoura detention centre, on the outskirts of Tripoli – a place marked by violence and darkness.

“We were 90 women in one room, and for three months we couldn’t see the sun: the guards would only open the door once in a day, to let in a dish of pasta, one for every 10 of us.”

Beating, rape and extortion were commonplace.

As a last resort, Ammy raised the idea of a hunger strike.

“They tried to force us to eat but we resisted, and asked to speak with the UNHCR.”

“I was in Tajoura for another three months, violence continued but at least we could see the sunshine, and meet doctors.”

Male prisoners suffered the most.

“They were tortured with water, with sticks, not given food: they looked like dead men walking.”
I paid a total of about $4,000 for the trip from Eritrea to Libya, which was good. Others paid up to $10,000.

One of these men is Idriss Ousmane – not his real name to protect his family in Eritrea.

While crossing the Sahara in early 2016, from Sudan’s capital Khartoum to Libya, 50 of his companions died of thirst.

“We had to move on, until our traffickers brought us to a huge detention centre in Brak Shati”.

“We left [for the] sea at dawn, 100 people on a dinghy. But after four hours, a Libyan military ship spotted us.”

He looks at a picture of the Sabratha, and recognises the patrol vessel donated to Tripoli by the Italian government in 2017, as a part of renewed agreements between the two countries

“Here I can walk, I can smell the air, I am trying to forget my past,” he says.

But five months after his arrival, he wonders when and if he’s ever going to leave.

Grandi, who inaugurated a new UNHCR “gathering and departure facility” in Tripoli, with a capacity of 1,000 places, will visit Niamey and Agadez, in central Niger.

Commenting on proposals to set up European Union (EU) centres to process asylum claims in African countries, supported by France and Italy, he says that “Africa has enough problems to deal with, and there’s a high-risk asylum seekers could be stuck in transit countries”.

The EU, he concludes, “has all the capacities to manage this flow in a fair way, without putting the burden on [a] poorer region that already host many refugees”.
If Europe failed to manage in a proper way the so-called hotspots centres in the Greek islands, how can we expect it will work better in Chad or Niger?

According to Bram Frouws, head of the Geneva-based Mixed Migration Center, the idea of processing asylum claims in transit countries such as Niger, Chad and Libya, “is formally good, since we need to prevent people from taking dangerous routes through the Sahara and the sea”.

The problem, he says, is the implementation.

“If Europe failed to manage in a proper way the so-called hotspots centres in the Greek islands, how can we expect it will work better in Chad or Niger?”.

Apart from those considered as refugees, Frouws adds, there’s a missing story in the debate over irregular migration.

“Many are job-seekers, and they actually find work in Europe, in tomato fields in the south of Italy for example.”

For these people, “the only alternatives to traffickers are measures to introduce seasonal working visas and other forms of legal entry to the EU”.

As leaders of the bloc prepare to find a solution to the refugee crisis on June 28 and 29 at an EU summit in Brussels, Ammy can finally talk to her two teenagers daughters in Eritrea.

“I called them for the first time after 10 months, they thought I was dead.”

« UGANDA hosts third of all world refugees (Previous News)
(Next News) REFUGEES: More than 250,000 refugees returned to Somalia from Dabaab camp in Kenya »