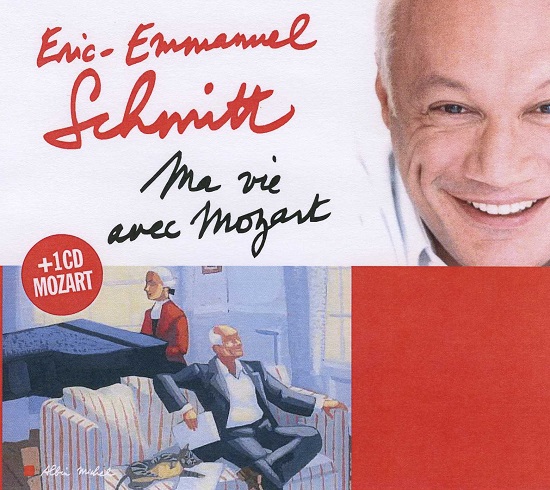 Éric-Emmanuel Schmitt is one of the greatest authors in the world.  This book he wrote about Mozart and Music is a master piece.

In this wonderful book, he talks about a teenager who had made up his mind to commit suicide without letting his parents know (like anyone does).  That night, his parents had reserved dinner and a show at the theatre and their teenager had to go with them.  The young lad went out that evening with his parents to appease them then would return that night to finish his other plan.

Now, what is interesting is the child is sitting with his parents in the theatre and the orchestra starts playing Mozart. What a sound!

That night when the teenager was back in his room, he wrote a letter to Mozart. Something like “Sir, this music, your music, it heals. What wonderful music. I will write to you regularly, I hope you write back”.

Mozart really does heal. You should listen to some of his music.  He is real. AND you should read Éric-Emmanuel Schmitt’s books. He is a master of words.  You cannot read a book by Éric-Emmanuel Schmitt and walk away unchanged.
===
Here is some information about Schmitt from Wikipedia
Éric-Emmanuel Schmitt
Born 28 March 1960 (age 59)
Sainte-Foy-lès-Lyon, Rhône
Nationality French and Belgian
Education graduated 1983; Ph.D., 1987.
Alma mater Ecole Normale Supérieure
Paris-Sorbonne University
Notable works Oscar and the Lady in Pink
Notable awards Grand prix des lectrices de Elle
Website: https://ift.tt/35RBFne
===

MARTHA LEAH NANGALAMA
Music should be free for all of the children of the world.