By THE INDEPENDENT UK

Vladimir Putin says he does not see anything criminal in Hunter Biden’s behaviour despite Donald Trump’s insinuations.

The Russian president voiced his disagreement with Mr Trump’s election attacks on Joe Biden’s son and his business dealings in Ukraine.

The president has tried to link his White House opponent with unproven allegations of “corrupt” business dealings, which the former vice president has dismissed as a Russian disinformation campaign.

“Yes, in Ukraine he (Hunter Biden) had or maybe still has a business, I don’t know. It doesn’t concern us. It concerns the Americans and the Ukrainians,” Putin said according to Reuters. 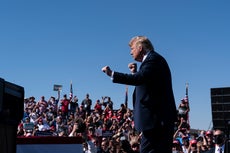 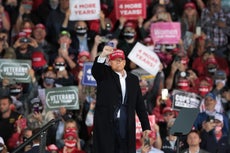 The Hunter Biden story proves how badly Trump is losing

“But well yes he had at least one company, which he practically headed up, and judging from everything he made good money.

Mr Putin was reportedly visibly annoyed when he was asked about Mr Trump’s claims that Hunter Biden received a large payment from the widow of the ex-mayor of Moscow.

Mr Putin also denied any knowledge of a business relationship between Hunter Biden and the woman.

The Trump campaign has been pushing unverified and uncorroborated stories purporting to come from emails taken from Hunter Biden’s laptop.

A computer repairman claimed the laptop was left in his store and it ended up with Rudy Giuliani who provided it to the New York Post.

During the final presidential debate, Joe Biden called Mr Giuliani a “Russian pawn” and, according to reports, the White House was previously warned that the former mayor of New York had been targeted by Russian spies.

Earlier this week, US intelligence agencies warned that Russia was again trying to interfere with the upcoming election.

The same agencies concluded that in 2016 Russia worked to ensure the victory of Mr Trump over Hillary Clinton, which both Russia and Mr Trump have denied.