JOHANNESBURG (AP) — U.S. Secretary of State Mike Pompeo in his latest Africa stop on Monday praised Angola’s president for his dramatic actions to recover billions of dollars looted bycorrupt officials, saying it would help attract investment to one of Africa’s largest economies.

“This country has been held hostage to that corruption for far too long,” Pompeo told reporters. “This reform agenda that the president put in place has to stick.”

President Joao Lourenco since taking office in 2017 has acted even against family members of former leader Eduardo dos Santos , who ruled for nearly four decade s. A recent investigation by a global consortium of journalists into dos Santos’ daughter Isabel, reputedly Africa’s richest woman, led to allegations of widespread mismanagement of state funds, which she has denied.

The United States also sees oil-rich but largely impoverished Angola as a prime country in which to counter the influence of China. The southern African nation borrowed $40 billion from China between 2005 and 2019, representing about half of its external debt, according to the Africa Center for Strategic Studies.

In a joint press conference with Pompeo, Angolan Foreign Minister Manuel Augusto said the secretary of state’s visit is a sign that the Trump administration supports the government of Lourenco, a former defense minister, and his reforms.

Asked when President Donald Trump might visit Africa, Pompeo told reporters he would be taking back an invitation from Lourenco but warned that this election year is very busy.

Pompeo’s visit to Africa is the first by a Cabinet official in 18 months. Analysts have said his challenge lies in countering the messaging out of Washington, as the Pentagon considers cutting U.S. military presence in Africa and new visa restrictions target Nigerians, Sudanese, Tanzanians and Eritreans.

The secretary of state was expected to arrive late Monday in Ethiopia, Africa’s second most populous country and a key U.S. security ally in the Horn of Africa region. Its Nobel Peace Prize-winning Prime Minister Abiy Ahmed is under pressure to uphold his dramatic political reforms amid rising ethnic tensions ahead of a major election in August.

Abiy’s government is also under pressure from the U.S. to reach an agreement with Egypt on the massive Grand Ethiopian Renaissance Dam project that Ethiopia says is crucial to pull its people out of poverty. Egypt, however, worries that the dam will limit its access to the Nile River waters.

The countries, along with Sudan, are expected to come to a final agreement late this month in Washington.

ALL THE FOLLOWING PHOTOS ARE COPYRIGHTED BY AP 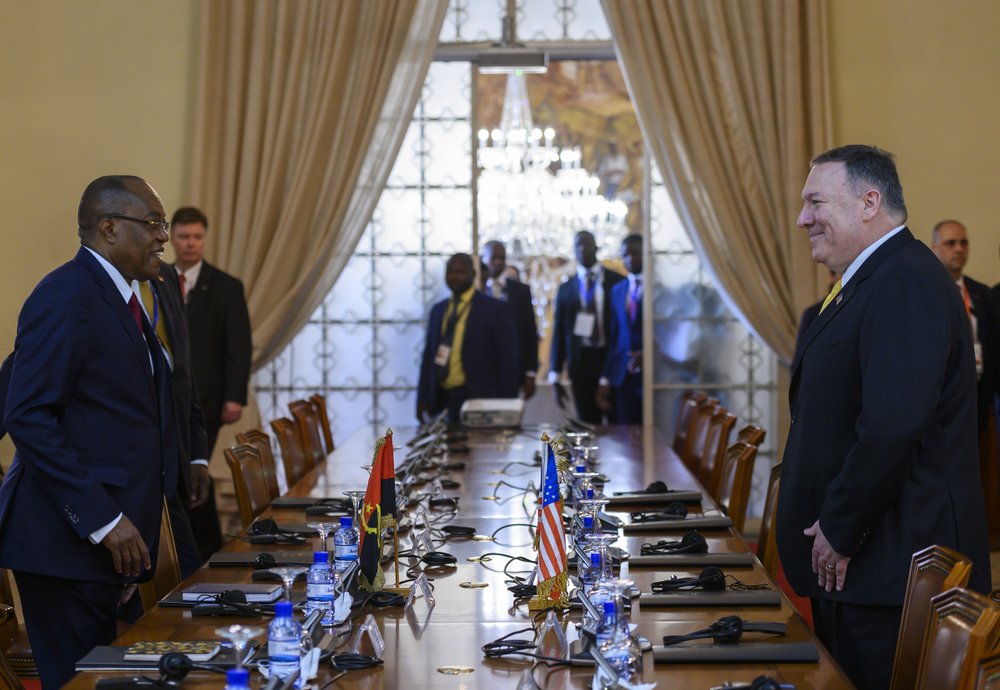 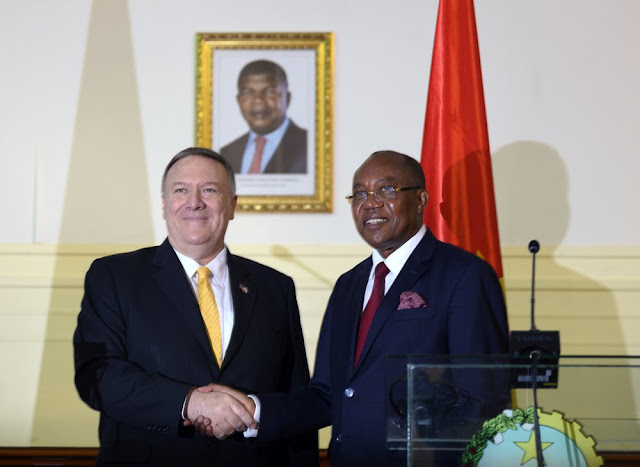 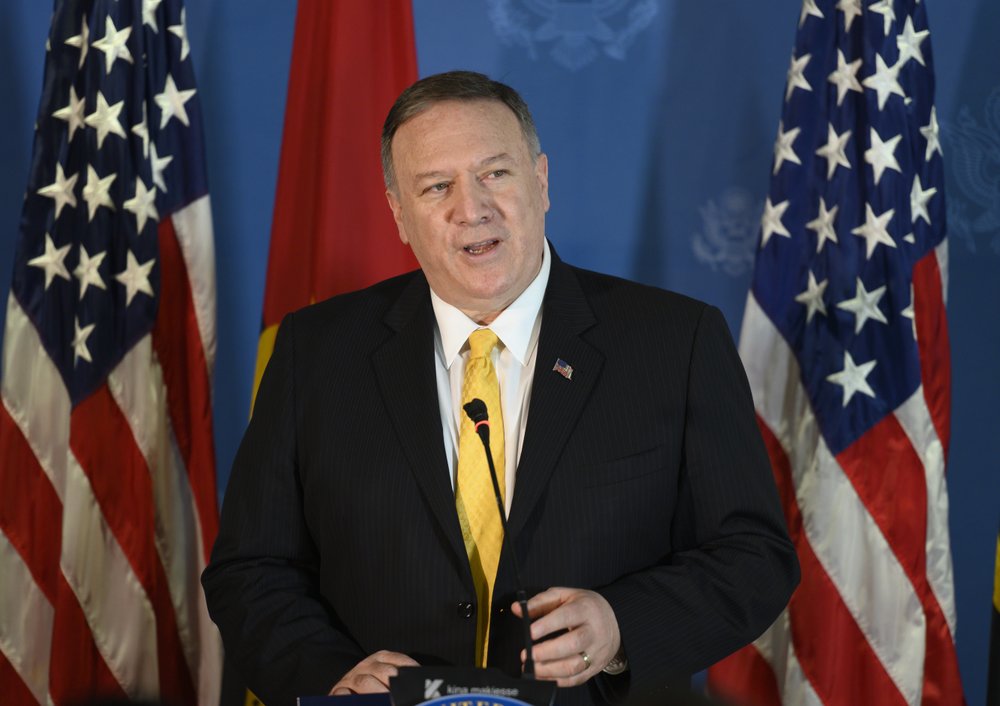 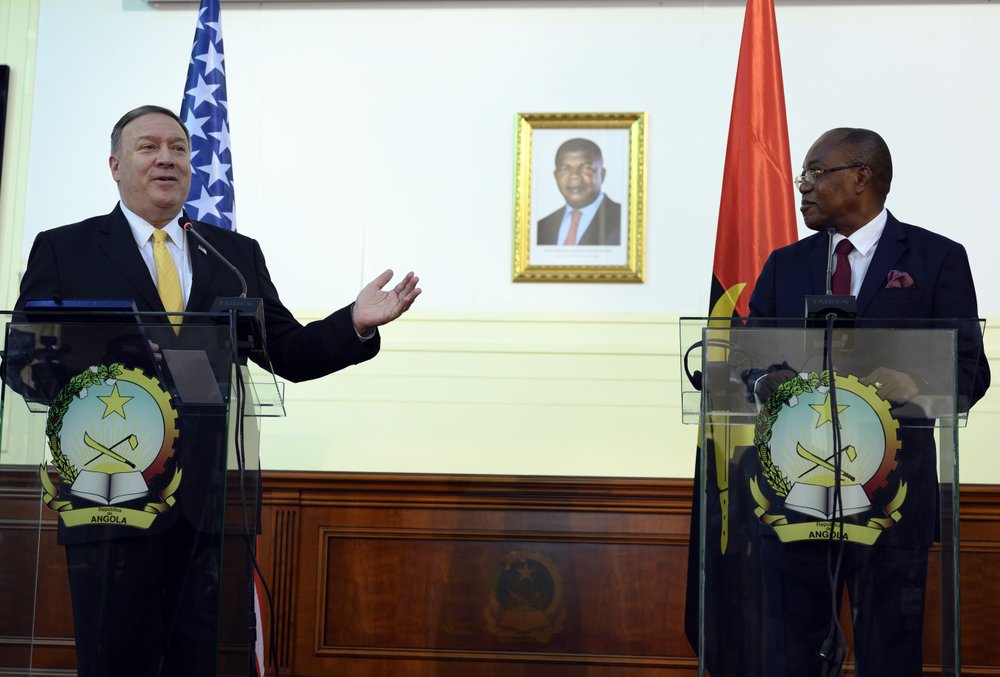 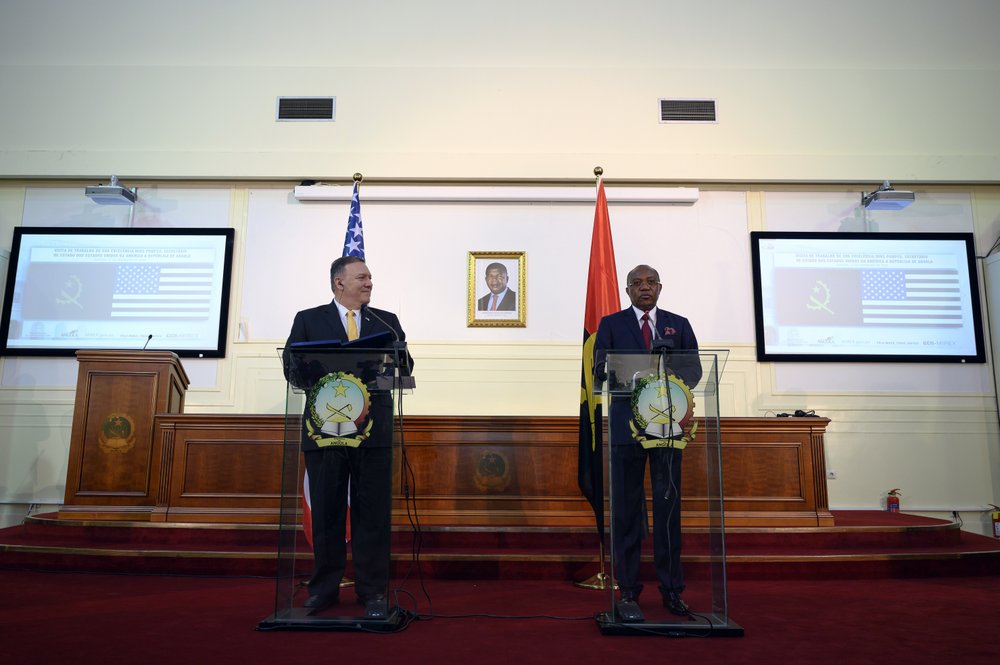 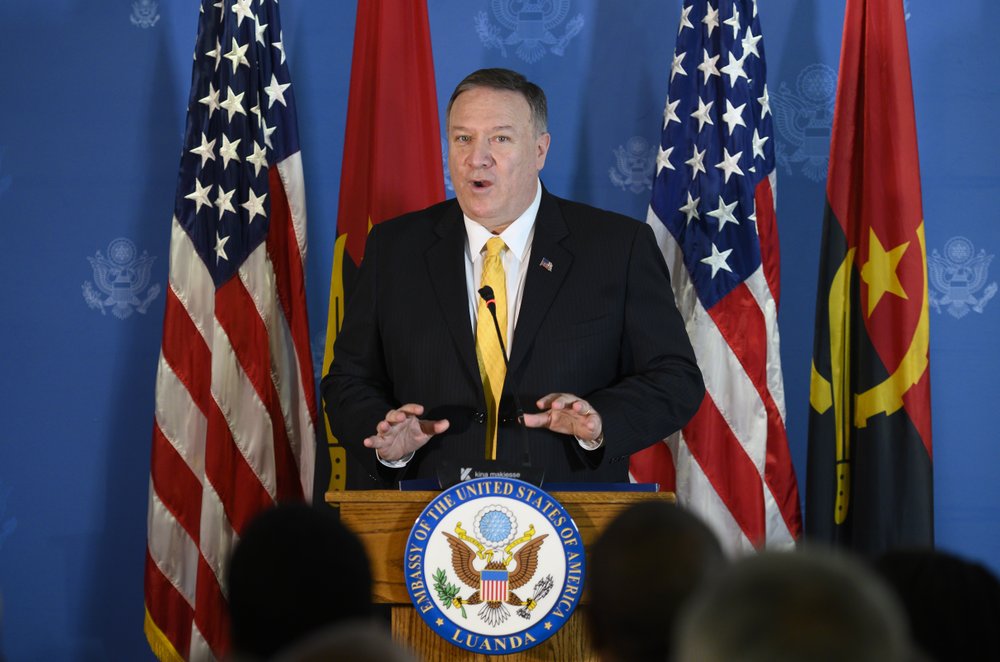 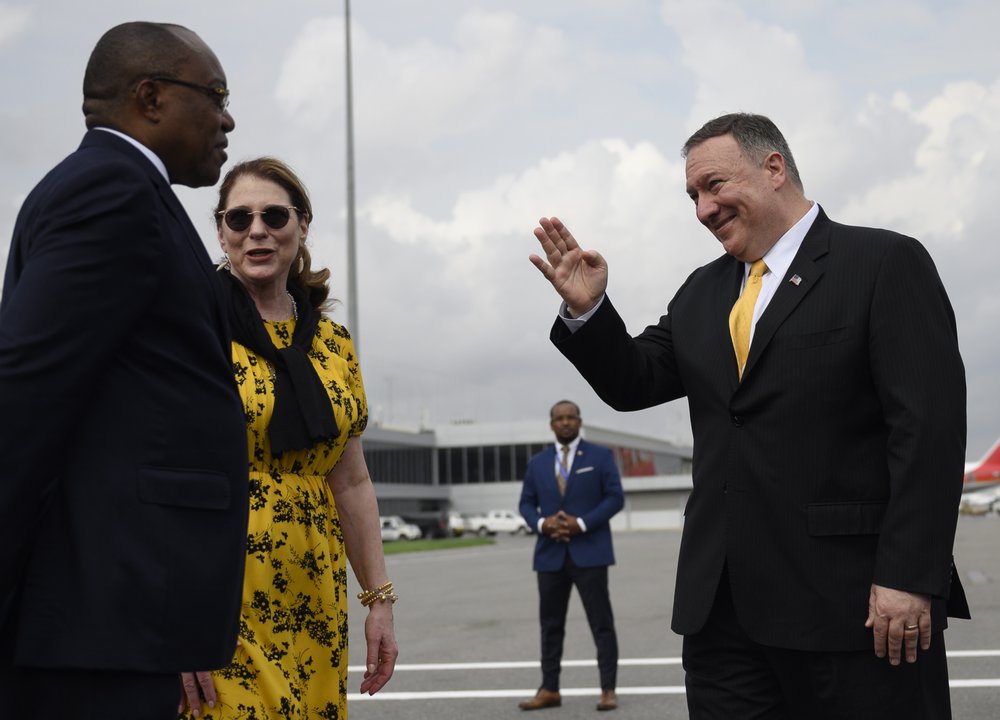 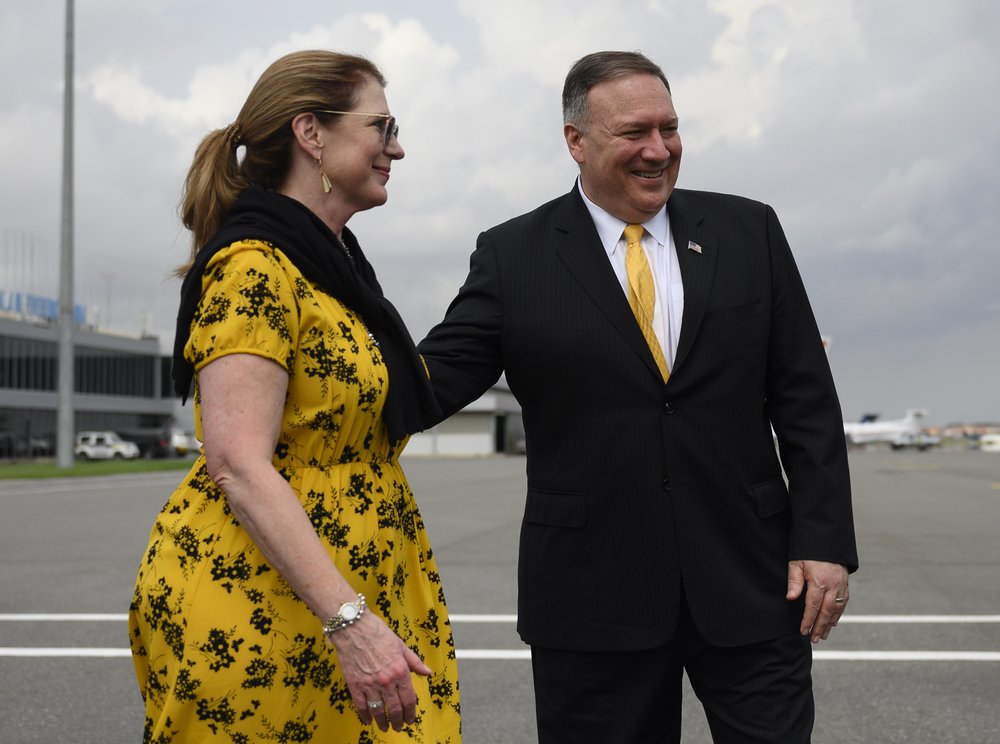 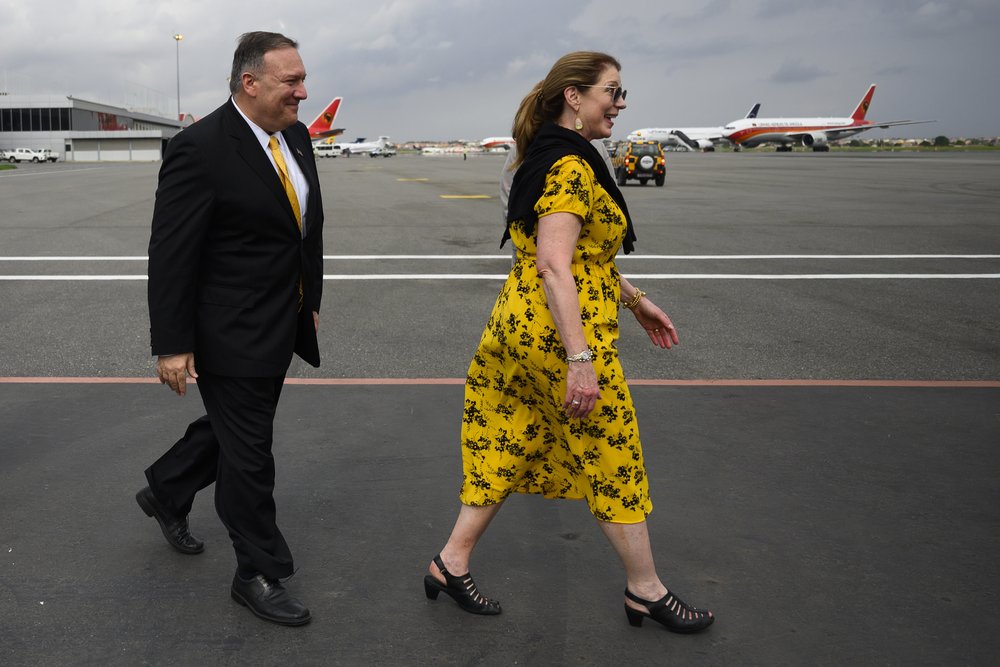 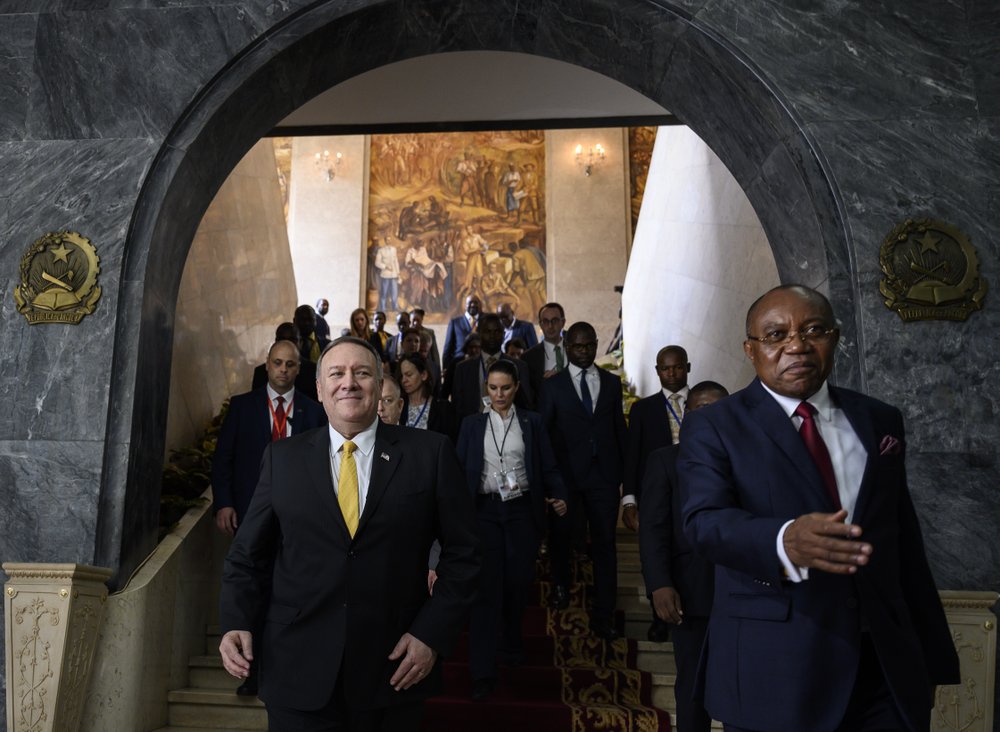 UGANDA: WHY MUSEVENI WILL PICK HIS NEXT VP AND SEC. GEN FROM THE NORTH AND CENTRAL REGIONS RESPECTIVELY