Pandemic has taken a bite out of seafood trade, consumption 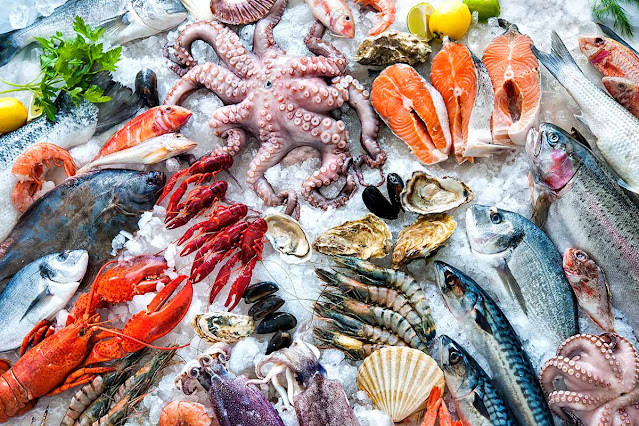 By PATRICK WHITTLE, The Associated Press
PORTLAND, Maine (AP) — The coronavirus pandemic has hurt the U.S. seafood industry due to a precipitous fall in imports and exports and a drop in catch of some species.

Those are the findings of a group of scientists who sought to quantify the damage of the pandemic on America’s seafood business, which has also suffered in part because of its reliance on restaurant sales. Consumer demand for seafood at restaurants dropped by more than 70% during the early months of the pandemic, according to the scientists, who published their findings recently in the scientific journal Fish and Fisheries.

Imports fell about 37% and exports about 43% over the first nine months of the year compared to 2019, the study said. The economic impact has been felt most severely in states that rely heavily on the seafood sector, such as Maine, Alaska and Louisiana, said Easton White, a University of Vermont biologist and the study’s lead author. 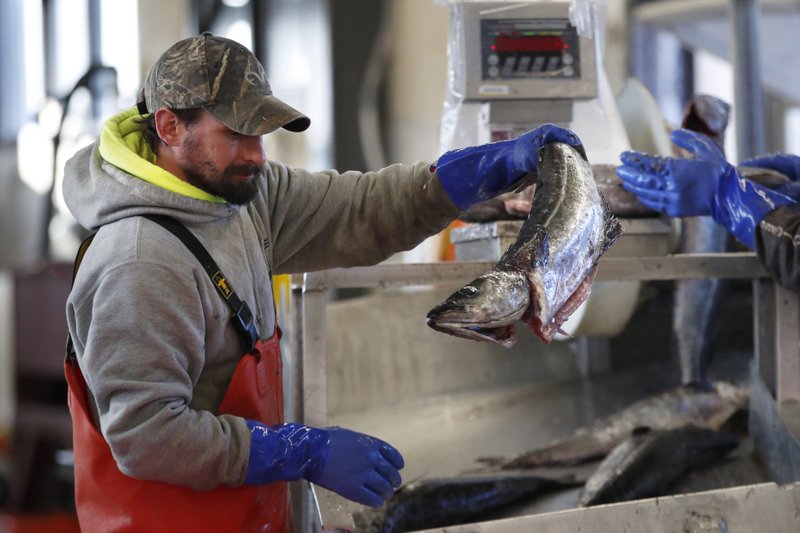 FILE – In this March 25, 2020, file photo, a worker weighs and sorts pollack at the Portland Fish Exchange in Portland, Maine. The coronavirus pandemic has hurt the U.S. seafood industry due to a precipitous fall in imports and exports and a drop in catch of some species. (AP Photo/Robert F. Bukaty, File)

It hasn’t all been doom and gloom for the industry, as seafood delivery and home cooking have helped businesses weather the pandemic, White said. The industry will be in a better position to rebound after the pandemic if domestic consumers take more of an interest in fresh seafood, he said.

“Shifting to these local markets is something that could be really helpful for recovery purposes,” White said. “The way forward is to focus on shortening the supply chain a little bit.”

The study found that Alaska’s catch of halibut, a high-value fish, declined by 40% compared to the previous year through June. Statistics for many U.S. fisheries won’t be available until next year, but those findings dovetail with what many fishermen are seeing on the water.

Maine’s catch of monkfish has dried up because of the lack of access to foreign markets such as Korea, said Ben Martens, executive director of the Maine Coast Fishermen’s Association.

“The prices just went so low, they couldn’t build a business doing that this year,” Martens said.

The study confirms what members of the seafood industry have been hearing for months, said Kyle Foley, senior program manager for the seafood program at Gulf of Maine Research Institute. Foley, who was not involved in the study, said the findings make clear that the seafood industry needs more help from the federal government.
Full Coverage: Business

The federal government allocated $300 million in CARES Act dollars to the seafood industry in May. The government announced $16 billion for farmers and ranchers that same month.

“It helps to make the case for why there’s a need for more relief, which I think is our industry’s biggest concern across the supply chain in seafood,” Foley said.

The study concludes that “only time will tell the full extent of COVID-19 on US fishing and seafood industries.” Gavin Gibbons, a spokesman for the National Fisheries Institute in McLean, Virginia, said the short-term findings reflect the difficulties the industry has experienced this year.

“The closure of restaurant dinning has had a disproportionate effect on seafood and a pivot to retail has not made up for all of the lost sales,” Gibbons said.

Did you find apk for android? You can find new Free Android Games and apps.
Sharing is caring:
business, Pandemic, Covid-19 Covid-19, Pandemic, Business Comments Off on Pandemic has taken a bite out of seafood trade, consumption Print this News

« Pandemic has taken a bite out of seafood trade, consumption (Previous News)
(Next News) Michigan certifies Biden win; a setback for Trump challenge »

How effective is a single vaccine dose against Covid-19?