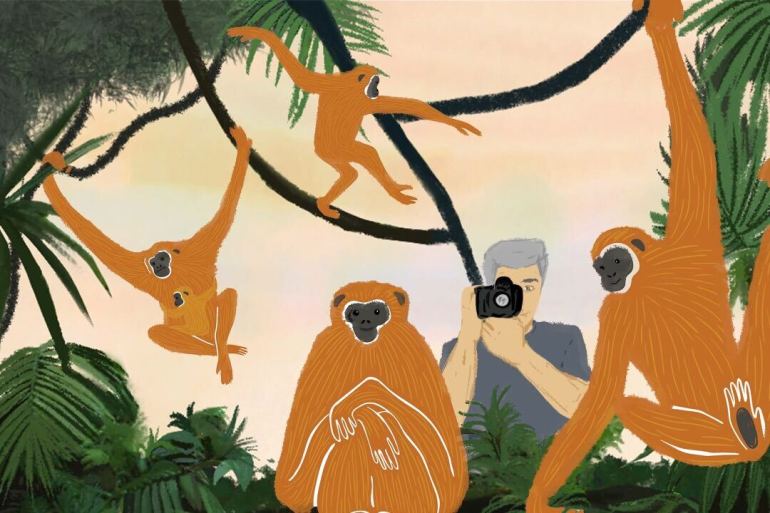 By AL JAZEERA
24 Oct 2020
Palm oil is found in half of all our consumer goods. But the production of it is destroying rainforests and endangering wildlife.

It is tricky to know what we as individuals can do to best help in beleaguered environmental times. We might switch off the lights more often or consider our fashion sources, but it can feel like a meagre and perhaps pointless contribution, wrong though that may be.

Food brings it home. If you sit at the dining table and think of the direct link between that bit of toast slathered in peanut butter, and an endangered species pushed to the brink by deforestation, all becomes a little clearer. This is no anti-spread diatribe but a call to arms to carefully consider what we eat.

KEEP READING Mining Earth: From the Amazon to the ocean’s depths Politics and penguins: The fight to save AntarcticaIs nuclear power a problem or a solution?

The connection is palm oil and it ain’t a pretty picture. Palm oil is in a whole load of products from Oreos to shampoo, lipstick to ice cream, cookies to – yes – peanut butter.

We cook in it, bathe in it, and even brush our teeth in it. Experts say it is found in 50 percent of products on our grocery shelves.
The lone ape

But palm oil production has destroyed huge swaths of virgin rainforest, especially in Indonesia. Meanwhile, species, like the orangutan, are pushed to the brink of extinction.

There was a sobering sequence in the latest film by the British naturalist David Attenborough where a lone orangutan is seen clinging to a single branchless trunk amid an endless battlefield of fallen trees. The trees were felled for palm oil production. 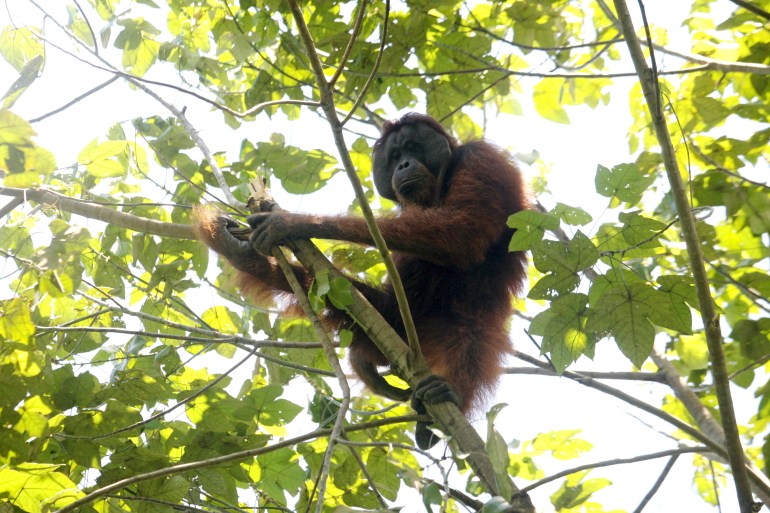 Acrobats of the jungle

Of course, it is not just flagship species like the orangutan under threat. Here is a shout out for the singing, swinging ape, the brilliant acrobat of the trees, the animal we think of when we picture primates swinging gracefully through the canopy – the good old gibbon.

When gibbons walk, either on branches or on the ground, they often do so on two feet. Being the most bipedal of all non-human primates, they are regularly studied for clues about the process of evolution that led to us walking.

And yes, they sing with extraordinary vocal tones apparently ranging, as one anthropologist put it, from haunting Japanese flute to blaring police siren.

But gibbons are in deep trouble. They are among the most threatened primates on Earth. And like the orangutan and myriad other rainforest species in Southeast Asia, this is primarily because of palm oil. 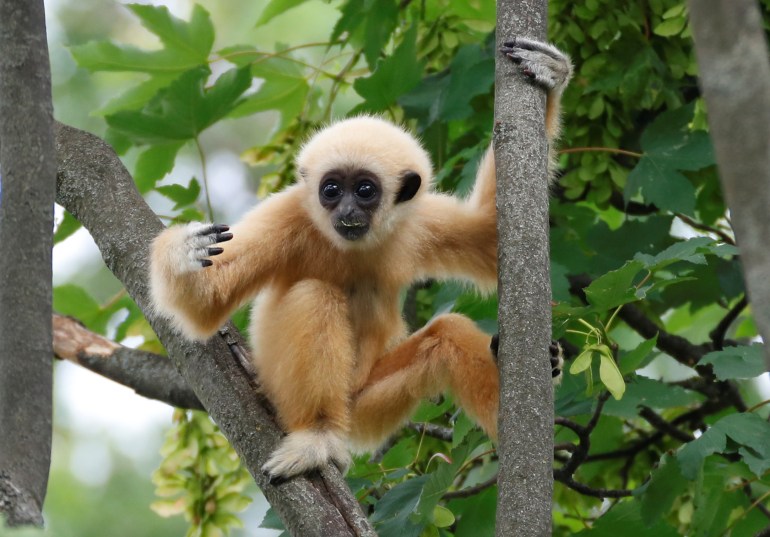 In Borneo, habitat loss has been dramatic too: Huge swaths of trees burned to the ground to make way for palm oil plantations.

“The fires which ravaged Borneo in 2015 resulted in significant loss of forest,” said Dr Susan Cheyne of the Borneo Nature Foundation (BNF). “We estimate around 15 percent was lost and bear in mind only 50 percent of the whole island of Borneo remains forested.”

BNF works to reforest degraded areas damaged by fire to help restore habitats for gibbons and other animals. It is also an advocate of deforestation-free palm oil – sustainable palm oil which is grown without causing more deforestation.

Dr Cheyne said the market for palm oil is vast. “Consumers need to be more aware about what they are buying but food companies need to work to provide clear information to consumers about what is in their products.”

‘There’s a Rang-Tan in my bedroom’

This video below, that went viral in 2018, puts it better than any words can. It is an emotive advertisement from a Greenpeace campaign featuring a homeless orangutan.

1. Delayed Arctic freezing: Scientists are concerned that for the first time in recorded history, the Laptev Sea has yet to start freezing by this stage in late October. The delay – partly caused by unusually warm temperatures this year – could have knock-on effects for the region.

2. Cooling paint: A new kind of white paint that reflects 95.5 percent of sunlight could help cool buildings, decreasing the reliance on air conditioning which adds to global CO2 emissions.

3. Watch: Climate concerned?: From extreme winds to floods, drought and fire, the US has witnessed extreme weather events this year. Now, public opinion towards the climate crisis may finally be changing.

4. Listen: Acoustic ecology: Scientists have found signs of climate change in nature’s symphonies, and they are racing to record the soundscapes before they disappear.

The final word
“A nation that destroys its soil, destroys itself. Forests are the lungs of our land, purifying the air and giving fresh strength to our people.” FRANKLIN D ROOSEVELT, 32ND US PRESIDENT