OILPRICE.COM – Oil prices rose this week on the back of a weakening dollar – thanks to comments from the U.S. Treasury Secretary supporting a weaker greenback – and ongoing declines in U.S. inventories.

Saudi oil minister accuses IEA of overhyping shale. Saudi oil minister Khalid al-Falih made headlines on Thursday when he said at the World Economic Forum that the IEA had an “oversized focus” on U.S. shale growth. He implied that the IEA was hyping the threat of U.S. shale. “I was not disputing the amazing revolution of shale . . .[but] in the overall global supply demand picture it’s not going to wreck the train,” al-Falih said in Davos. “We should not be scared,” he added. “That’s the core job of the IEA, not to take it out of context.” The statement prompted retorts from top IEA officials that shale was indeed one of the biggest “game changers” in the energy industry in the past decade. Al-Falih noted that it was highly unlikely that OPEC would abandon the production cuts before the end of the year.

Energy stocks up, more room to run? Energy stocks lagged the broader S&P 500 last year, but are up more than 20 percent in the past six months. With demand rising, some market analysts see more gains ahead, even if oil prices fail to move higher. Because of the poor performance last year, energy stocks have some catching up to do and could continue to outperform the broader market. “[W]e don’t think oil needs to move higher,” Ben Kallo, energy analyst at Baird, told the WSJ. “Rather, oil just needs to avoid another correction.”

ExxonMobil ordered to keep production limits on Russian oil project. Russian authorities ordered ExxonMobil (NYSE: XOM) to return to previous lower production limits at its Sakhalin-1 project in Russia’s far east, according to Reuters. The justification was not exactly clear, but likely it was the result of Russia trying to maintain compliance with the OPEC production cuts. Exxon had initially received approval to ramp up production from 200,000 bpd to 250,000 bpd, but Russian authorities ordered the company to scale it back.

Five workers killed in Oklahoma; deadliest accident since beginning of shale boom. Five workers were killed by a well explosion in Oklahoma on Monday, which is thedeadliest incident in more than a decade of shale drilling. The well was drilled by Patterson-UTI Energy Inc., based in Houston.

Aramco IPO date to slip? Saudi oil minister Khalid al-Falih said that Aramco’s IPO would take place “when the time is right,” a comment that many analysts interpreted as an acknowledgement of a slipping timeline. “We hope that 2018 will be the right time, but ultimately we have to make sure the market is ready,” Al-Falih said the World Economic Forum in Davos. The IPO was thought to be on track for a late 2018 launch, but al-Falih’s comments suggest it could get pushed back.

Aramco to invest in U.S. Saudi Aramco said that it would expand in the U.S. after the Trump administration’s blockbuster tax cuts. Aramco’s CEO said that the tax cuts combined with clear political support for the oil industry makes investing in the U.S. much more attractive. Aramco already controls the Motiva refinery in Texas, the country’s largest. “The whole oil industry is benefiting from the current administration,” Saudi Aramco CEO Amin Nasser said.

Natural gas prices jump on inventory decline. Natural gas inventories fell sharply last week, taking total stocks down to 2,296 Bcf, which is lower than even the lower range of the five-year average. The market is tighter than it has been in years, and Nymex prices for front-month delivery jumped to $3.50/MMBtu this week, surging on fears of tight supplies. However, that price is still relatively moderate compared to how high prices spiked in the past. The sanguine outlook stems from the expected tidal wave of fresh supply coming this year from shale gas fields.

Bakken shale drillers moving to less desirable locations. Higher oil prices and improve drilling technology are allowing shale drillers in North Dakota to venture out into Tier 2 and Tier 3 locations. Up until now, drilling has been concentrated in “the core of the core” – essentially just a few of the best counties. Not only have WTI prices climbed, but the discount for Bakken crude has narrowed as well. “What we would’ve considered a fringe area a year ago are now considered economic territory in the state of North Dakota,” Justin Kringstad, director of the North Dakota Pipeline Authority, said last week during a conference call, according to S&P Global Platts. The only caveat is that these lesser locations will likely have lower initial production (IP) rates, and may ultimately produce less oil.

Oil industry profits up, spending could rise. Earnings season is upon us and the oil industry is about to report its best quarter in years. The fourth quarter of 2017 saw higher oil prices and falling production costs, fueling a wave of optimism not seen in years. Flush with cash, spending could rise by more than previously expected. A survey by Norwegian consultants DNV GL found that more than two-thirds of the 813 oil executives interviewed said they expect increased capital spending in 2018. The tension is that so many shale drillers have promised investors to exercise restraint, emphasizing profits instead of production growth.

Upcoming Mexico oil auction expected to attract high interest. Mexico’s January 31 auction for 29 deepwater tracts is expected to attract a lot of interest from the oil majors because of low upfront bonus payments and low commitments. “Mexico has done all it could to attract companies,” Horacio Cuenca of Wood Mackenzie, told Bloomberg. “It’s going to drive interest. The blocks are very cheap.” The timing is also good – oil prices are significantly higher compared to previous rounds. 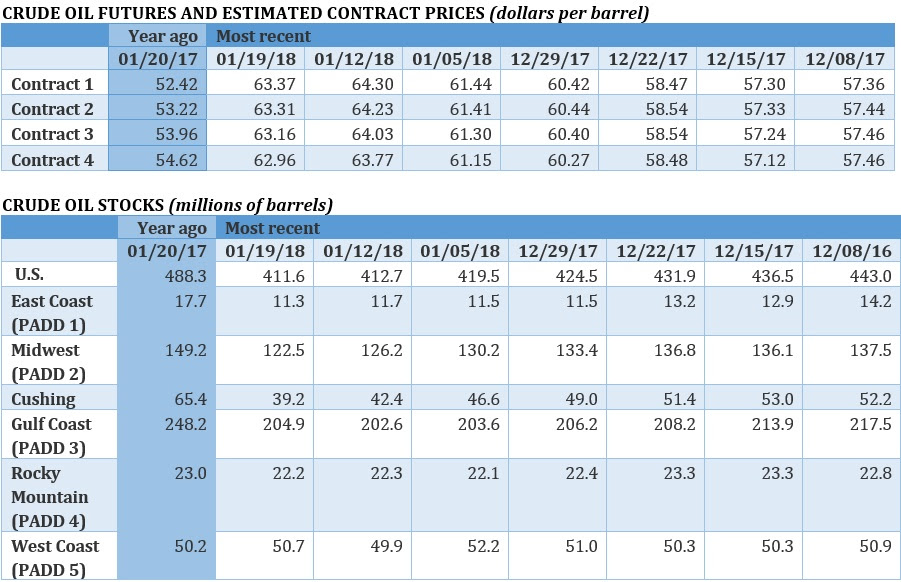 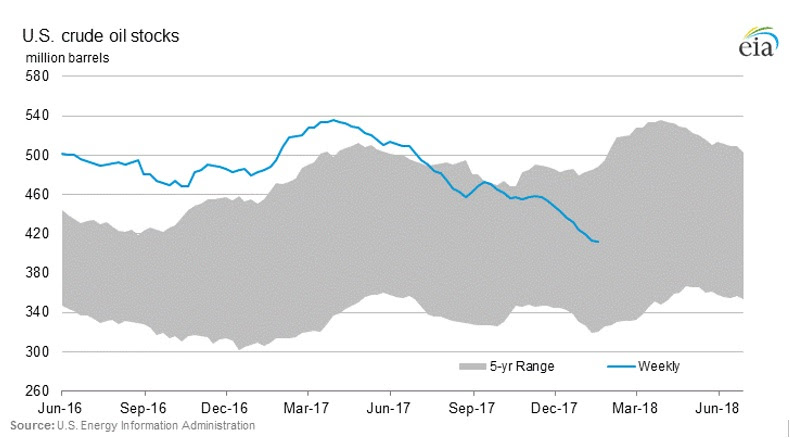 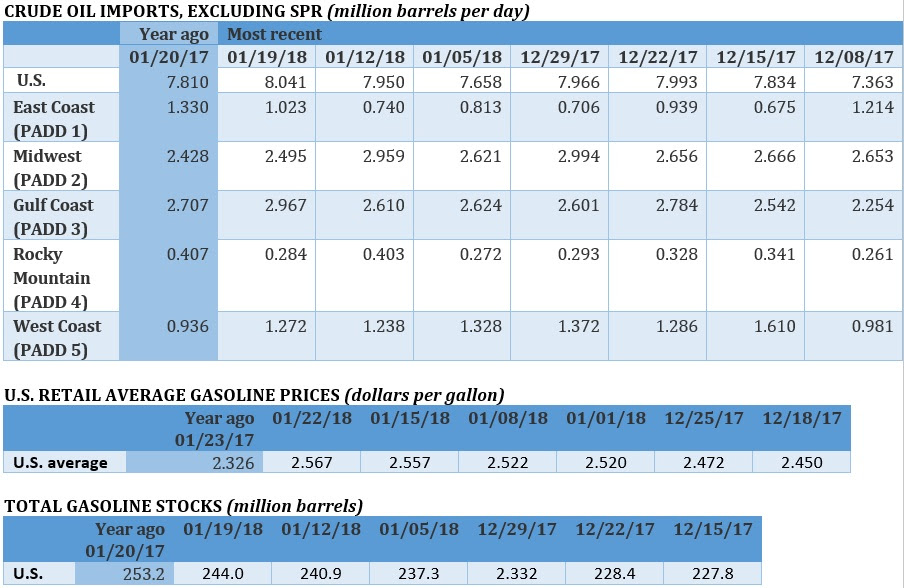 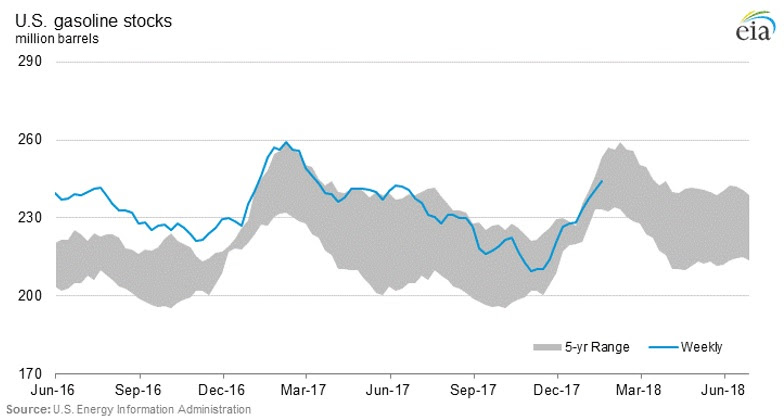 « Business: What a Ugandan learned about competition (Previous News)
(Next News) Uganda Land Grabbing: Museveni dupes West Nile with a fake directive on eviction of Balalo »