Of Indians and Museveni’s Wahindi in Uganda 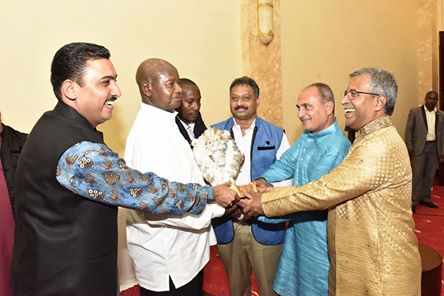 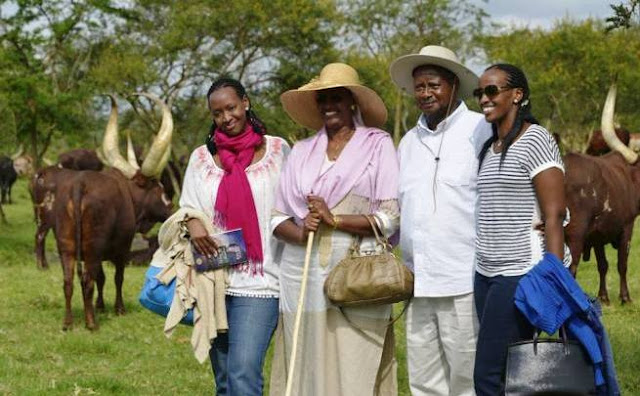 OF INDIANS AND MUSEVENI’S WAHINDI IN UGANDA

In his longstanding scheme of divide and rule, Uganda’s military dictator has since time immemorial pursued an agenda of placing certain ethnic communities above others while at the same time making all efforts to bring down some other communities.  In particular, he granted Ugandan citizenship to all Banyarwanda on earth by declaring them to be one of the indigenous communities/tribes of Uganda.  Already, both the Museveni regime and a cross section of Ugandans are grappling with the Banyarwanda issue.   In fact, with the ongoing fallout between Rwanda and Uganda, the regime is stuck over who is Rwandan and who is a Munyarwanda.  Another weapon he has been using is the ill intentioned promotion of Kiswahili so that indigenous Ugandan communities can lose their native language identities hence making it easy for some preferred artificial communities to stealthy integrate.

It is in furtherance of this agenda that he is now intending to grant the Indians the status of indigenous Ugandan community/tribe called Wahindi.  The presence if Indians in Uganda dates to the coming of the British colonial powers.  The initial batch of Indians trace their journey from the labourers who were brought to help in construction of the Uganda Railway from Mombasa.  Upon completion of the railway construction, some of these Indians settled down and pioneered the setting up of the first business enterprises.  At one time, the colonial government brought in a big contingent of troops to quell the Nubian soldiers’ mutiny and they stayed behind for a while.

The Indian community not only propelled but dominated the economic life of Uganda before and after independence.  During the struggle for independence, the Indians fell victim to boycotts of their businesses.  Politically, the Indians played the role of technocrats in government agencies during the British colonial administration.  The first Speaker of the Independent government was an Indian, Patel.  However, despite their long decades in Uganda, the Indians could not socially integrate and assimilate.  When Iddi Amin took over government, he gave the Indians, the majority of whom held dual citizenship, an option of choosing one citizenship.  Those who chose Ugandan citizenship remained and economically prospered – Mukwano (Karmal), Dembe (Hirji) and others.  The majority who opted to retain the British citizenship left the country not for India but for Britain and Canada. The Iddi Amin government fully compensated them for their property.  Owing to the agenda of negative propaganda against the Iddi Amin regime, the matter was termed as ‘expulsion of Indians’.

When Museveni took over power, he opportunistically jumped into the agenda of luring the Indian investors that had been started by the second UPC government.  All sorts of Indians came to claim repossession of property while others came and continue to come in as investors.  Given the institutionalized corruption of the Museveni regime, Ugandans believe that these so-called Indian investors have been used as a front for theft of government property and public coffers by regime cohorts.  On their part, the returned Indian community were more socially isolated than those of the pre Iddi Amin era.  Ugandans accuse these Indians of being inhumane in terms of labor relations.  Ugandans also view these Indians as enjoying preferential treatment from the Museveni regime in terms of the business environment.  During the Mabira Forest riots, Indians were specifically targeted with some losing their lives.

Nonetheless, Ugandans highly appreciate the contribution of Indian owned investments in the building of the country’s economy.  In the same regard, they opted to put up with the negative social conduct of the Indians.  However, the same Indians are falling prey to Museveni’s evil social and economic agendas.  The agitation for the so-called Wahindi tribe comes at a time when massive land grabbing is at the apex.  Indians were comfortable with their only entitlement of leasehold on land but by becoming one of the indigenous tribes (Wahindi), they now automatically qualify to own land in perpetuity.  Ugandans are taking this move as a ploy by Museveni to use the financially and politically connected Indians to further the land grabbing.  Already, one such Indian, Abidi Alam is chasing thousands of citizens off their land in Kasanda, Mubende.

Did you find apk for android? You can find new Free Android Games and apps.
Sharing is caring:
museveni, land grabbing, politics, UGANDA, Indians Uganda, Museveni, Land grabbing, Indians, Politics Comments Off on Of Indians and Museveni’s Wahindi in Uganda Print this News