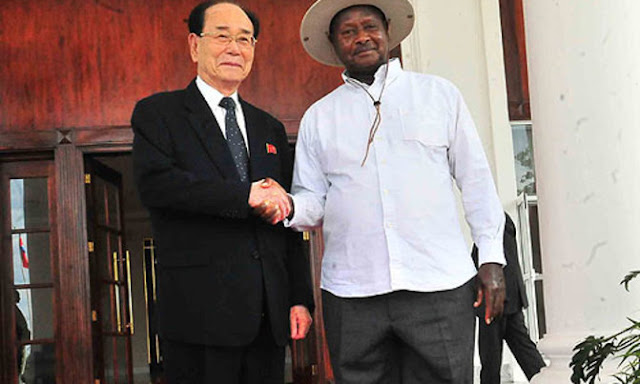 COPENHAGEN/STOCKHOLM – The Danish director of a new documentary that with hidden cameras shows apparent attempts to evade a U.N. ban on arms trading with North Korea said he is keen to share an “enormous” amount of material not included in the film.

“The Mole”, by maverick filmmaker Mads Bruegger, charts what he says was a 10-year undercover operation by a retired Copenhagen chef to infiltrate a network of sanctions-breakers linked to the head of the Korean Friendship Association (KFA), an international group that promotes friendly ties with Pyongyang.

“The material we have is huge,” Bruegger told Reuters on Tuesday, two days after his documentary aired on Danish TV. “I would like to meet with the U.N.’s North Korea expert panel to start a dialogue about what they would be interested in.”

A spokesman at the North Korean Embassy in Stockholm declined to comment. The head of the KFA denied any involvement in attempts to violate the arms embargo against Pyongyang.

In the documentary, the former chef – who has long been fascinated with communist dictatorships – pretends to be a supporter of North Korean leader Kim Jong-Un and joins the Friendship Association.

After becoming a trusted member, he hires a former French Foreign Legion soldier to play an arms trader and the two travel to North Korea for meetings about possible arms deals, apparently winning the trust of North Korean officials.

They also agree a deal with the North Korean regime to build an underground factory in Uganda to produce weapons and drugs.

“If the film in any way can help to slow down North Korea’s tenacity in terms of breaking sanctions and spreading their weapons across in the world, then I would be very happy about that,” Bruegger said.

None of the deals mooted in the film are consummated and eventually, as partners start to demand money, Bruegger makes the ex-legionnaire playing the arms dealer disappear. The filmmakers say their evidence has been presented to the North Korean Embassy in Stockholm, but there has been no response.

The foreign ministers of Sweden and Denmark said following the airing of the film that they would raise the issue of sanctions busting at the United Nations and European Union.

North Korea has been subject since 2006 to U.N. sanctions, which have been strengthened by the Security Council over the years in efforts to cut off funding for Pyongyang’s nuclear arms and ballistic missile programmes.

The documentary, filmed over the course of a decade, is a co-production between public broadcasters in Denmark, Sweden, Norway and Britain.

The Danish director of a new documentary that with hidden cameras shows apparent attempts to evade a U.N. ban on arms trading with North Korea said he is keen to share an “enormous” amount of material not included in the film.

« No, There Isn’t Evidence That Trump Owes Money to Russia (Previous News)
(Next News) Uganda oil start date in doubt despite crucial agreements »