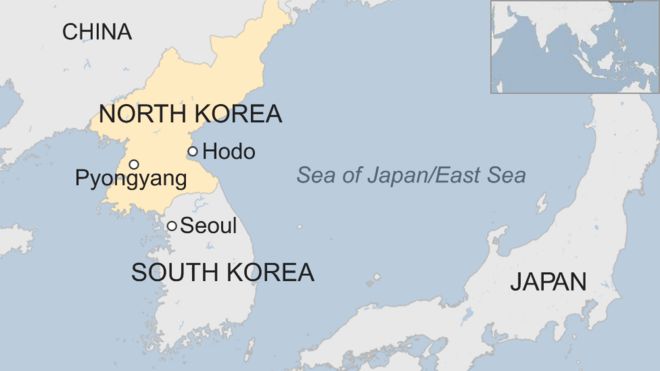 
The launch was made from the Hodo peninsula on Wednesday morning local time, South Korea’s Joint Chiefs of Staff (JCS) says, according to Yohnap.

It was not clear what type of projectiles they were. North Korea has so far made no comments on the issue.

Both missiles reportedly travelled about 430km (267 miles), reaching an altitude of 50km, before falling into the Sea of Japan, also known as the East Sea.

Last week’s reported launch was the first since US President Donald Trump and North Korean leader Kim Jong-un had an impromptu meeting in June at the demilitarised zone that divides the two Koreas, where they agreed to restart denuclearisation talks.

They come as Pyongyang voices anger over planned military exercises between South Korea and the US, an annual event which the allies have refused to cancel.

The North has warned the exercises could affect the resumption of denuclearisation talks, which US Secretary of State Mike Pompeo had said would likely start in July.

There have been no further public meetings between US and North Korean officials.

« The Pocket Items That Saved the Life of Theodore Roosevelt (PHOTOS) (Previous News)
(Next News) Wikipedia article of the day for July 31, 2019 Henry W. Sawyer »