Nigeria Demands $62 Bln From Shell, Chevron, Exxon After Being ‘Short-Changed’ on Oil Profits

The West African country is the largest oil and gas producer in Africa, with oil accounting for upwards of 90 percent of its foreign exchange earnings.

Abuja is looking to get up to $62 billion from multinational energy conglomerates Royal Dutch Shell, ExxonMobil, Chevron, Total and Eni, citing a 2018 Supreme Court ruling it says enables it to review and adjust oil production revenue sharing agreements, Reuters has reported.

Attorney General Abubakar Malami told the news agency that Nigeria had been “short-changed” by the foreign oil giants, and said the companies have allegedly failed to comply with a 1993 contract law allowing the government to review revenue sharing in the event that oil prices reach $20 per barrel or more.
“Computing the amount that should be credited to the Nigerian government if the law was effectively applied, that translates to around $62 billion against the [foreign oil companies],” Malami said.

Nigeria is looking to negotiate with the oil companies, according to the attorney general. “All options are on the table and there is no limit to what we can do in terms of engagement, in terms of settlement, if the need arises,” he said.

The attorney general’s office had previously indicated that several court cases were already underway, and that Abuja was only seeking revenue that rightfully belonged to the country.

Earlier this year, Nigeria ordered the five companies plus Norwegian energy firm Equinor to pay an estimated $20 billion in back taxes it said they owed to local state authorities. Royal Dutch Shell and Chevron challenged the government’s claims in court, arguing that the 2018 Supreme Court ruling does not apply to them, and does not allow the government to collect taxes retroactively. 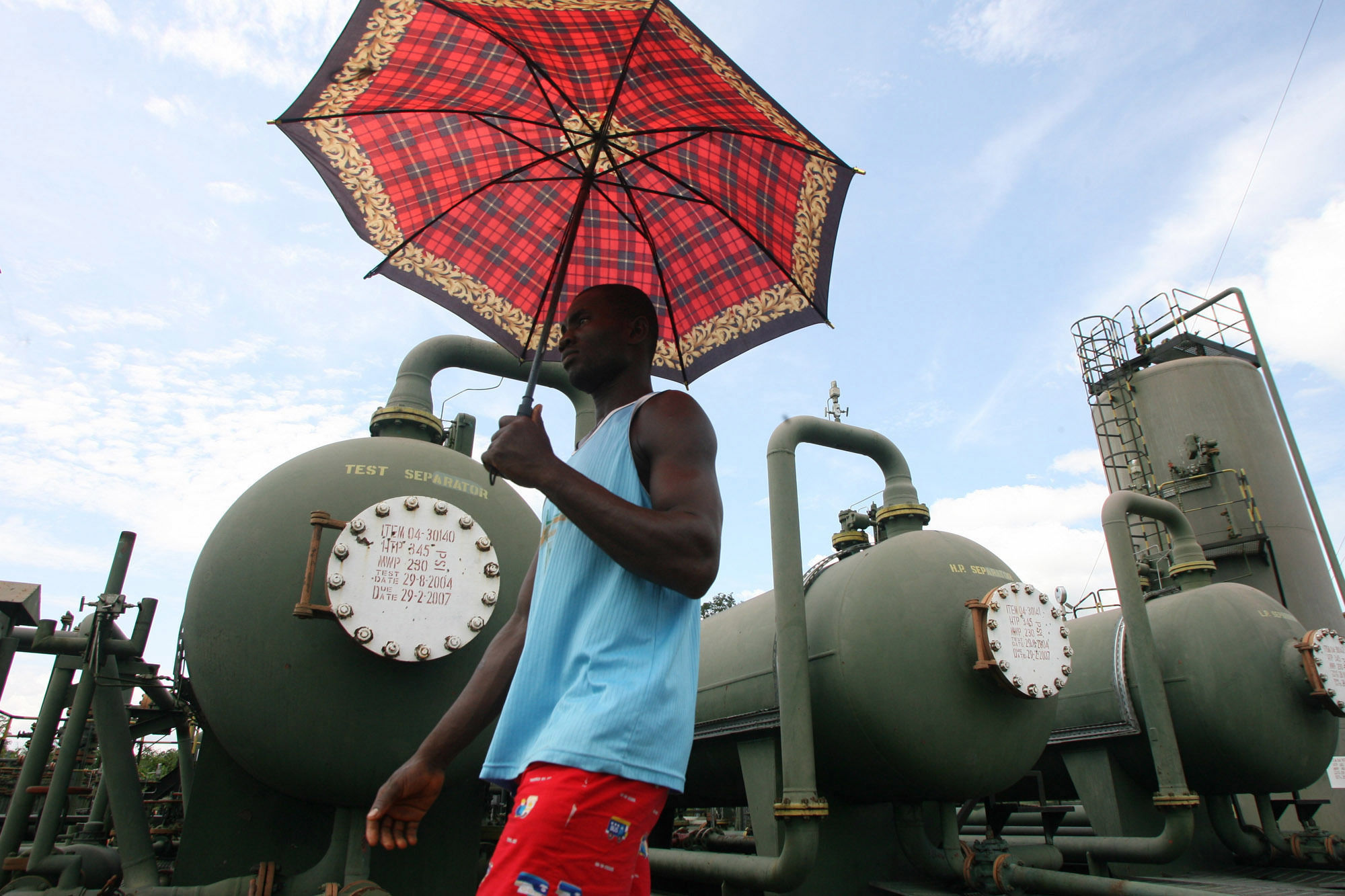 Under the 1993 law, foreign companies signed production-sharing contracts (PSCs) with the Nigerian National Petroleum Corporation stipulating that they would fund off-shore oil fields and, once they had recuperated their operating costs, share 20 percent of their profits. However, the attorney general’s office suggests that if oil prices hit $20 a barrel or above, the companies should share more of their revenues.

Oil prices dipped below $20 a barrel for much of the 1990s, with oil selling at about $9.50 a barrel in 1993 when the contract law came into effect. However, prices began a steady climb in the 2000s, rising to over $100 a barrel between 2011 and 2013 and netting oil companies around the world hundreds of billions of dollars in profits before dipping to their 2019 average of about $65 a barrel.

Nigeria’s vast oil wealth has been both a blessing and a curse. Although the country’s nominal GDP is expected to reach over $440 billion in 2019, the largest in Africa, the United Nations lists it as ‘low’ on its human development index indicators, and tens of millions of Nigerians live in poverty. The International Anti-Corruption Conference has linked these problems with corruption and bad governance.