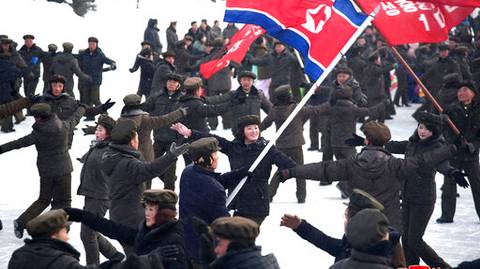 The large-scale attack comes amid a surge of assaults on army camps in the Sahel region, which have allowed jihadists to amass weapons and vehicles for their arsenal. Neighboring Mali has seen such an increase in ambushes on its army that it has even closed some of its most remote and vulnerable army outposts.

Niger’s army spokesman, Col. Boukar Hassan, read the death toll announcement on state television Wednesday night and said a dozen others had been wounded after the ambush overnight.

Earlier in the evening, a tweet sent from President Mahamadou Issoufou’s account had announced that he was returning early from an overseas trip in Egypt following developments near Niger’s border with Mali.

Niger’s president is among those invited to a summit next week in France to discuss the future of the French mission in the region.

The large attack took place in a remote area of Niger where jihadists linked to the Islamic State have long been active.

The violence was 30 miles (45 kilometers) from Ouallam, where four U.S. service members died along with four Nigerien soldiers two years ago when their joint patrol came under fire in a massive ambush.

Islamic extremists have long carried out attacks across the vast desert region, abducting foreigners and targeting spots popular with expatriates. A regional military force and a French military mission have failed to stem the violence.

Some analysts have suggested that the deadly ambushes on army outposts are also aimed not only at stealing weapons but also at expanding the area of land under jihadists’ control.

Given the growing insecurity, Mali’s military has even closed some of its most isolated and vulnerable outposts as part of a reorganization.

Unrest over deadly ambushes has mounted, particularly in Mali, where soldiers’ widows have held a number of demonstrations calling on the government to do more. Some have even aimed their anger at France, the former colonial ruler in the region whose military intervened in 2013 to force jihadists from power in major towns across northern Mali.

France’s operation in West and Central Africa is now its largest overseas military mission and involves 4,500 personnel. France intervened in Mali in 2013 after extremists seized control of major towns in the north and implemented a harsh version of Islamic law.

Macron has said he expects West African leaders to make it clear at next week’s summit in France that they want and need France’s military help despite the anti-French sentiment expressed by some protesters.