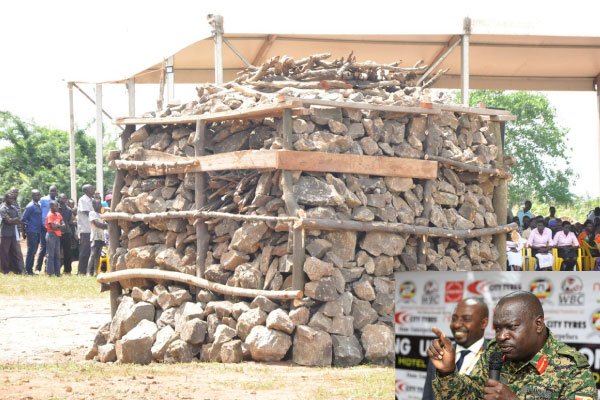 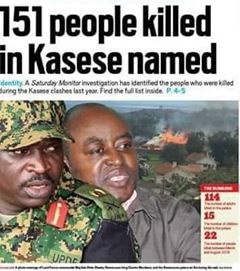 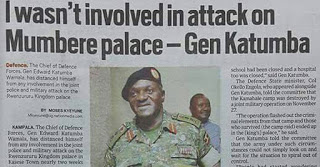 CHANGE OF GUARDS – As the world marked International AIDS Day last week, Museveni skipped the national ceremony that was taking place in Kayunga District. Instead, he opted to visit the home of his Gen. Peter Elwelu in Anyara, Kalaki District. At that home, Gen. Elwelu has constructed a shrine which he claims the “heavens” told him on August 14, 2017, to build a house of worship that he christened “Eloim” which he says will be used to offer animal sacrifices to God.

The Commander of Land Forces, Lt Gen. Peter Elwelu commanded the military raid on the palace of the Rwenzururu king Charles Wesley Mumbere in 2016 in Kasese District where more than 100 people were killed. He is among the people whom the Opposition is seeking signatures to take to the International Criminal Court to answer alleged crimes against humanity. As a reward, Museveni elevated Elweru’ rank and appointment. In an interview with Aljazerra in 2017, Museveni said that by massacring over 150 people in Kasese, Gen. Elwelu was “doing his work.”

For a leader who was once held in high esteem as a champion of the fight against AIDS to skip the national ceremony for launching his murderer General’s shrine, is the worst abominable act.  Museveni is soothing Gen. Elwelu so that he dares not spill the beans as to who gave him the orders to massacre the people in Kasese. The then Army Chief, Gen. Katumba Wamala publicly denied giving the orders and was immediately sacked. Haunted by this incident, Gen. Elwelu must be suffering from some kind of psychosis condition. To help him remain silent forever, it won’t be surprising if he encounters what befell Gen. Kaziini.