Museveni is driving Uganda into the communist mainfield (PHOTOS) 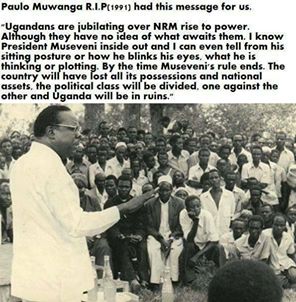 MUSEVENI IS DRIVING UGANDA INTO THE COMMUNIST MAINFIELD


CHANGE OF GHARDS – Uganda as a nation was born in 1962 during the Cold War era between the Capitalist west and the Communist east blocks. Though most newly independent African nations hypocritically claimed to belong to the Non-aligned Movement (NAM), it is a fact that they owed their allegiance to the Communist Block. Earlier, the British colonial administration had expelled back to Rwanda a one John Kalekyezi (father of Gen. Kalekyezi) for his role in fomenting communist ideologies. In the same regard, the Catholic Church also excommunicated him. It is against this background, that in the late 1960s, then President Obote launched his communist manifesto dubbed Common Mans’ Charter and Move to the Left during the infamous Nakivubo Pronouncement. The move was followed by the banning of the only opposition political party, the DP. Thus, Uganda came under the one-party rule. The communist Uganda took a center stage in the so-called liberation of southern African regional entities that had not gained independence.

Shortly after, in 1971 Obote was overthrown by the army led by Iddi Amin. Among the 18 points that were advanced by the coup plotters was the issue of turning Uganda into a communist state. Deposed President Obote with the aid of communist allies immediately embarked on a treacherous journey to dislodge Iddi Amin from power. The then young Marxist, Museveni was one such communist ally. Eight years later, in April 1979 Iddi Amin was overthrown with the aid of Tanzania. Some communist ideals were introduced during the post Iddi Amin administration.

However, in 1980 Obote assumed the presidency and since he had learnt enough lessons, he moved to shed off communism. He switched to the west by embracing the World Bank and IMF oriented economic policies. This bold decision did not go well with some of his close proponents of communism. The militant Marxist, Museveni took to the bush to fight the Obote II government. Owing to his communist/Marxist orientantion, Museveni’s request for financial, diplomatic and material support from the west was blatantly denied. Instead, he got support from Libya’s Gaddafi and other communist leaders.

When the Acholi dominated army, the UNLA overthrew Obote II, government handed over power to Museveni five months later who immediately embraced the implementation of the communist agenda. He found allies in the likes of Libya, North Korea, Cuba and other communist nations. He banned political pluralism, placed the military at the forefront of management of public affairs, embarked on deliberate impoverishment of the population, military aggression agenda against his neighbours, a reign of terror against the citizens, and other communist oriented measures. However, when the going became tougher, in the late 1990s he hypothetically switched to the western Capitalist ideologies.

He adopted the World Bank and IMF economic policies and conditions. He painfully embraced structural adjustment program (SAP) and allowed a cosmetic return to political pluralism. With the coming to the global economic and political scene of communist China and Russia, Museveni felt he can do away with the capitalist west. With China as Uganda’s new colonial master, Museveni shed off all forms of pretence by declaring his communist life presidency. He embarked on propelling his son to inherit the presidency and unleashed a reign of terror against political dissent. His recent declaration that by 2021 there will not be political opposition in Uganda is in the same regard.

His state inspired violence designed to keep the population in fear as well as his land alienation and impending nationalisation are all reflections of communist ideals. The current state linked violent crime, gross abuse of human rights, militarisation of civilian institutions, suppression of political dissent, control of the means of production, deliberate impoverishment through economic mismanagement characterised by utopian ideas like OWC and licencing of coffee farmers and buyers, destruction of forest cover and the environment in general, creation of a surveillance/police state, fusion of the state with the ruling clique and usurping of legislative and judicial powers by the presidency is part and parcel of his communist agenda.

The situation will worsen with the production of oil when he will not have to heed the ‘interference by western capitalists’ over aid. Like was the case with Gaddafi’s Libya, much of the oil revenues will be dedicated to destabilization of Uganda’s neighbours in the quest to install client regimes. 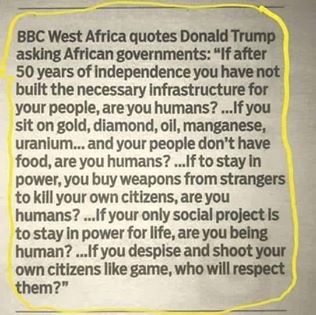 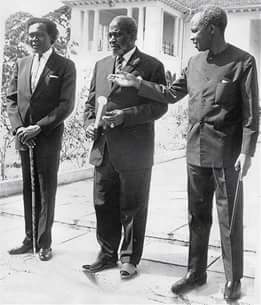 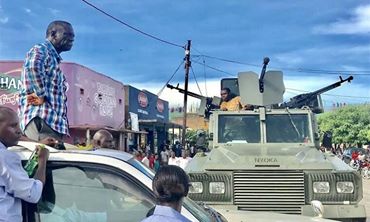 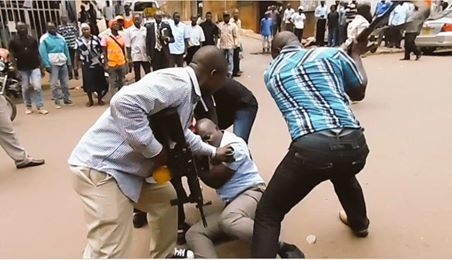 « Is a US-led war with Iran on the horizon as troops head to Saudi Arabia? (Previous News)
(Next News) Museveni is driving Uganda into the communist mainfield (PHOTOS) »