MICROSOFT: On the death of Bill Gates Sr. 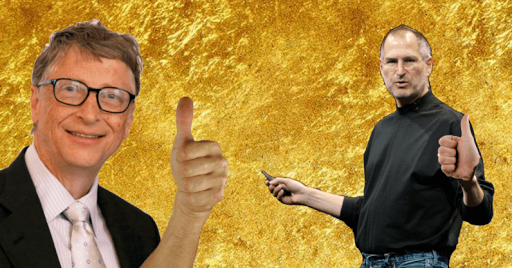 On the death of Bill Gates Sr. May he rest in peace. Amen.

People who do not know about Demography would not understand that Generation X is the bridge between the Boomers and Gen Z and Gen Y (Millennials, LuleLumon Yoga, Android, iPhone).

Now that I think about it, people born in the 60s went to University when computers were hitting the world outside of the Military establishment. In the 80s and 90s, we were the pioneers of the Boomers. We took their mainframe computers and built client server systems. We built encryption. We built the technology which set forth the devices you now hold in your hands.
However, enough of the malingering and mataquating. We had fun though. What Bill Gates Sr. did is the reason why you are reading this post. Gen X are Microsoft brats. Apple spoilt brats. We later became Google brats. But this Google brat thing requires its own story. We became Facebookers, Twitter abusers of whoever. Along came Snapchat. Who even thought that Snapchat was viable? Facebook already had Instagram. Actually, if you are not on Instagram, please block yourself.  I can forgive you for not being on Twitter, Tumlr or SnapChat but you cannot be my follower if you are not on Instagram. Maybe block yourselfie yiveni.

BACK TO THE ORIGINAL STORY

I am heartbroken about the passing of Bill Gates Sr. It is difficult to overstate what he meant to me, to our family, and to our foundation. Bill Sr. liked to say, in characteristic modesty, that the secret to his success was simply “showing up.”

And he was world-class at showing up: as a father and grandfather, as the heart of our foundation who rarely missed a day of work in 20 years (even though he was retired the whole time), and as a pillar of the Seattle community for almost three quarters of a century.
He always brought with him extraordinary wisdom, endless integrity, and a magical sense of wonder about the world around him. We will miss him, but we will forever catch glimpses of him in the people whose lives are changed by the work our foundation supports—and in the loving moments our family shares.