Memorial for Mercy Baguma ahead of Ugandan funeral 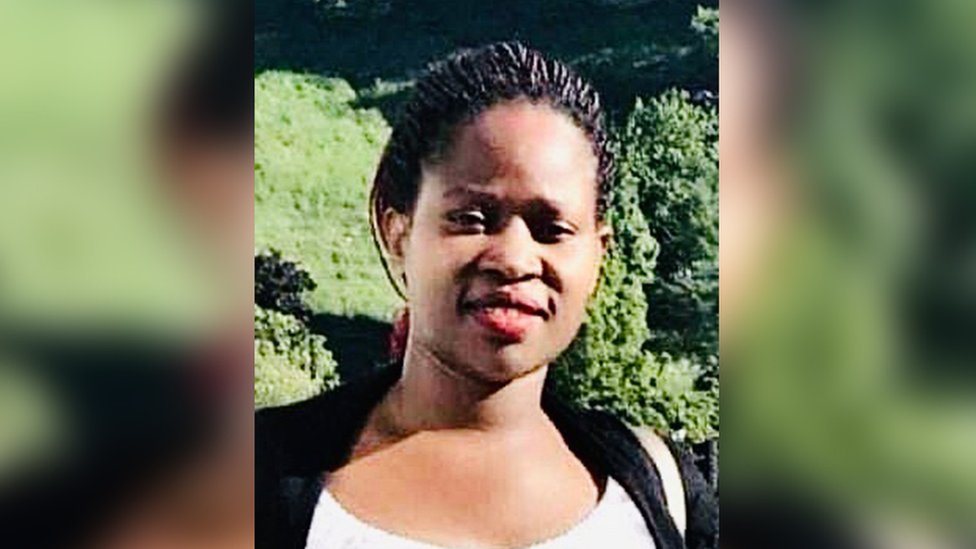 By BBC
A memorial service is to be held for Mercy Baguma, the Ugandan asylum-seeker whose body was found in a Govan flat with her crying child.
The vigil will be attended by the father of Ms Baguma’s child and held in Elder Park in Glasgow on Saturday.
Eric Nnanna, father of one-year-old Adriel, called the police four days after he last heard from Ms Baguma.
Her body was found in the hallway of her Govan flat on Saturday 22 August while Adriel was found in his cot.
Ms Baguma’s body is to be flown from Edinburgh to Entebbe, Uganda, on Friday 11 September for burial on Saturday evening.

The remembrance service has been organised because Mr Nnanna and his son cannot attend the funeral.
He said he last heard from her four days before she was found and called police to force open the door after hearing his son crying inside.
He said it is a “miracle” the baby survived.

media captionMercy Baguma: Father says family await the return of her body
In statement, the charity Positive Action in Housing (PAIH) said: “Elder Park is a place that Mercy loved. She and Eric spent some happy days there with baby Adriel.”
A fundraiser was organised following Ms Baguma’s death and has been used to pay for her repatriation, according to the charity.

It also said the remaining funds, totalling about £75,000, would be placed in a trust for Ms Baguma’s son Adriel.
Her family in Uganda had cancelled a memorial service because of the media attention surrounding her death while the family was still waiting for more detailed information.
PAIH has issued a clarification to its earlier suggestion that Adriel was “starving”, saying this referred to the four-day period when nobody had heard from Ms Baguma.
Her death has prompted calls for reform of the asylum system in the UK.
PAIH has called for a public inquiry into her death and those of other asylum seekers in Glasgow, as well as into asylum seeker accommodation in the city.
First Minister Nicola Sturgeon said in the Scottish Parliament she was “consumed with sadness” and anger at the death of Ms Baguma and said “wholesale reform” of the asylum system is needed, starting from “the principle of dignity, of empathy and of support for our fellow human beings”.
The Home Office said it will investigate Ms Baguma’s case.